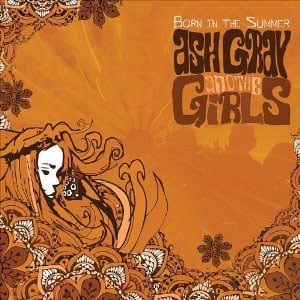 Without even hearing the music, I could tell what kind of music this was, man. This release is on a label called LuvRock Records, there’s 60s style artwork on the cover, and Hippie font. Believe it or not, I’d rather listen to this than the other industrial metal crap I had to review, man.

This music is a bit hokey because they really wish it was still the 1960s. The first song is about unicorns and colors. The colors, man! I don’t mind the songs “I Know You” and “The Only Woman On Earth” because they attempt to actually sound like a folk rock band instead of trying to sound like a band in the ‘60s. You know what I mean, man.

Bottom Line: Far Out man
Notable Tracks: I Know You, The Only Woman On Earth, Cecil
Overall Rating:

Ash Gray and the Girls, Born in the Summer, hippie rock, LuvRock Records