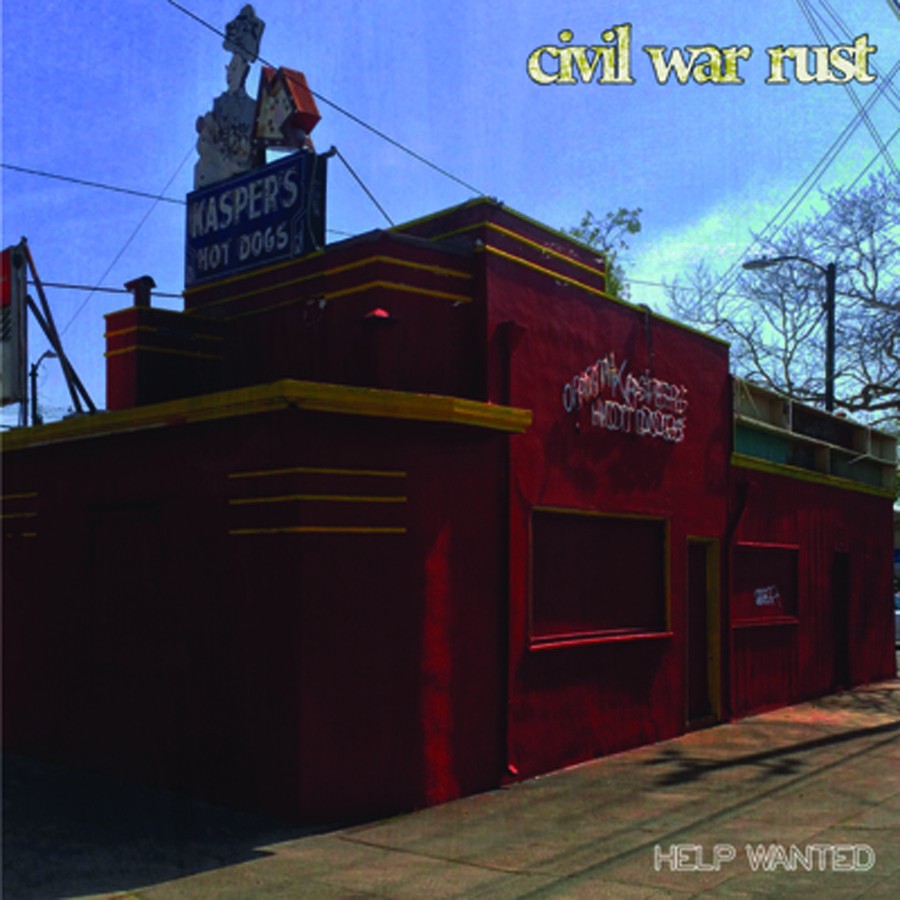 Bay Area punkers Civil War Rust find themselves prepping for the release of their sophomore effort simply titled “Help Wanted”. When it comes to kick ass punk rock and roll, these guys definitely don’t need any help with that.

Scorching through 10 tracks in just about 24 minutes, you can assume what you’re in for with “Help Wanted”…furious punk rock that is one part Teenage Bottlerocket, one part Alkaline Trio and the other parts are pretty much just fun, fast and furious punk rock and roll. From the first track, an energetic three chord romp fest titled “California Bleu” that is just a flat out fun punk rock song and one that immediately demanded that I pay attention.

With my interest piqued I found myself on a sonic journey through life, lost loves, teenage moustaches and fading photographs complete with a soundtrack that syncs up perfectly. There just isn’t a single bad track on “Help Wanted”.

Various members of the band take turns on vocal duties with each having a unique style that works well with that selected track. Top that off with the melding of various punk rock influences and you have yourself an album that stands out in the punk rock masses.

If you’re looking to go on a sonic punk rock journey like I did, just take one listen (or two or six) to “Help Wanted” and prepare to pack your bags.

Bottom Line: One of the best punk rock albums of the year. “Help Wanted” puts its hooks into you and doesn’t let go until the music has faded.
Notable Tracks: California Bleu, Riverside, Upside Down, Thirty Days, Outta My Mind
Overall Rating: