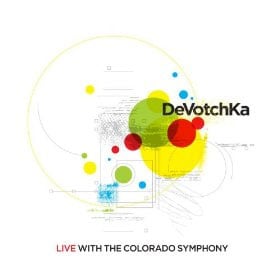 Seeing DeVotchKa by themselves is a treat by itself, but when they are backed by a quartet or full orchestra, you know you’re going to hear something special. The live album was recorded at Boettcher Concert Hall (they played at Red Rocks Amphitheater too) and what you have here is a fantastic live album!

“The Alley” from their newest album 100 Lovers opened up the live album (or set) and sounds great. It’s a nice intro to the set but I don’t think the album picks up until track 2 with “The Clockwise Witness.” I love hearing that song, especially with the violin so the song sounds extra cool with the added strings.

Violin player Tom Hagerman spent months working out the string arrangements and other compositions of their songs. The band is no stranger to orchestras and film scores with Little Miss Sunshine, I Love you Phillip Morris and Ruby Sparks scores. I’m really looking forward to the band’s future in movie music.

To Continue, “Along The Way,” “You Love Me” and “Comrade Z” all benefit with the orchestra. Hearing those songs with a ton of instruments makes them sound amazing! “Comrade Z” always felt like a great song to put in a movie, so hearing that with an orchestra just backs that up. I’m still confident we’ll hear this track in a movie someday (if it hasn’t already). Judging by the applause, that sounded like a crowd favorite as well.

Hearing my favorite DeVotchKa tunes “Queen of the Surface Streets” and “We’re Leaving” wasn’t a disappoint either. “Enemy Guns” has always sounded like a James Bond song to me in a way, and the beginning of the live track makes it sound like, what do you know, a James Bond song haha. “How It Ends” ends the live album beautifully and fittingly.

I’m just disappointed they didn’t play “Til The End of Time” from Little Miss Sunshine. Otherwise, this isn’t an album to be skipped over if you’re a fan of the band!

Bottom Line: Excellent live album from DeVotchKa
Notable Tracks: The Clockwise Witness, Along The Way, You Love Me, All The Sand in All The Sea, Comrade Z, Queen of the Surface Streets, We’re Leaving, How It Ends
Overall Rating: 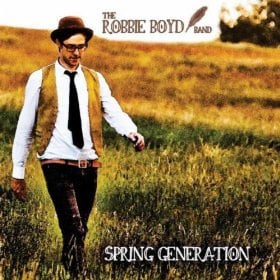 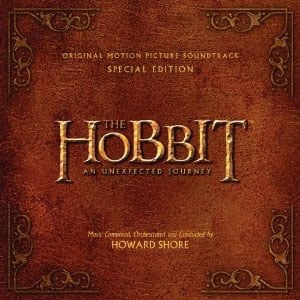 Next: Howard Shore – “The Hobbit: An Unexpected Journey” (Special Edition)