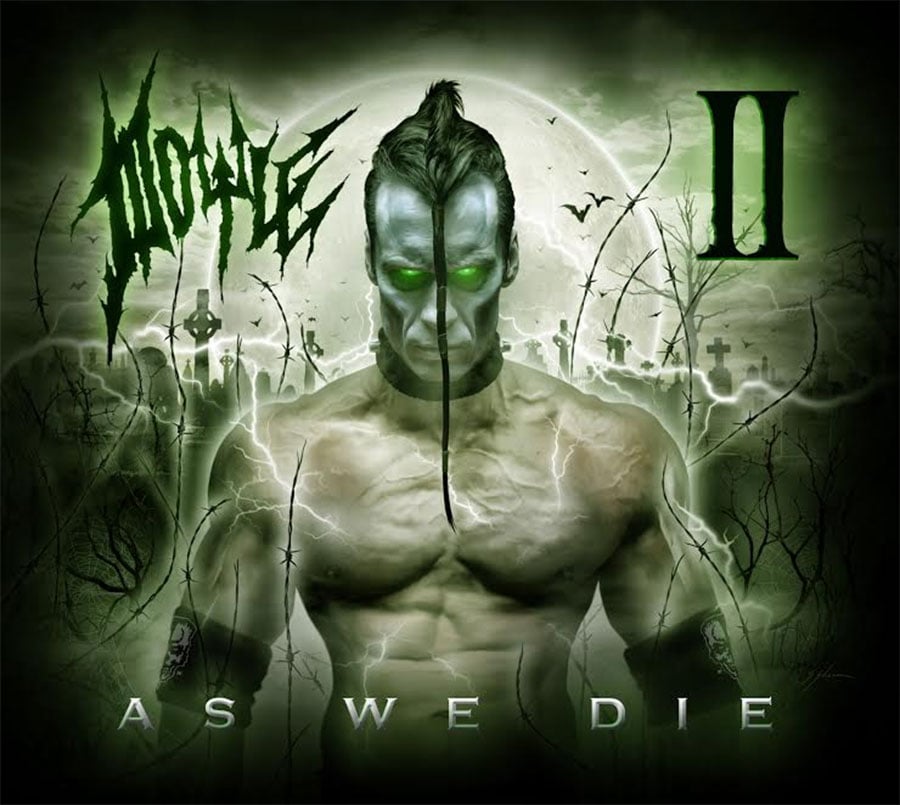 Doyle returns with his second solo effort Doyle II: As We Die. Coming off the strength of 2 successful Misfit’s reunion shows with Glenn Danzig and Jerry Only, with no signs on whether it was going to be more, Doyle didn’t wait long before prepping another album. This picks up where Abominator left off, following in his blend of Graves era Misfits with more of his later years influences of Rob Zombie, Marilyn Manson, Slayer and so on; continuing to marry his brand of horrorcore with 80s-styled crossover hardcore/thrash.


The album opens in grand fashion with “Kiss Me as We Die” which also features Doyle’s life partner Alyssa White-Gluz dueting on the outro with singer Alex “Wolfman” Story. Alex’s vocals are a high point for the album, as the Cancerslug frontman returns however the album is not without issues. Sadly some of Alex’s performance is buried by a bad mix, with what a guitar player like me would normally enjoy with really loud upfront guitars, but marred with excessive feedback and pinch harmonics. Have you ever wondered what it would sound like if Slayer made an entire album with the just the feedback from the intro of “Raining Blood” instead of just launching into the song? Well that’s what you get here sadly.

There’s also enough pinch harmonics here to make even Zakk Wylde cringe. Those gripes aside, there is a really cool late 80s crossover vibe meets early big 4 Trash sound here blended with a bit of Corrosion of Conformity. Outside of those influences, Doyle incorporates some modern influence displaying his love for the music of Marilyn Manson and Rob Zombie with “Virgin Sacrifice” is very Marilyn Manson-esque, with the verse riff following a similar pattern to one of Manson’s earlier songs “Dope Hat”. To give credit where it’s due, Doyle’s playing here in his solo project has improved by getting more adventurous in “God of Flies” which is some great riffing that has potential to appeal to a wider audience being the best track on the album.

Bottom Line: While this may tide anyone over in between Misfit’s reunion shows, the excessive pinch harmonics and feedback make this a tough one to listen to in long form and is better in small doses. It doesn’t bode well in a release-heavy June. Might be a good album to revisit around Halloween. If you’re a fan of that early thrash and crossover era hardcore bands like Cromags and Carnivore than this is right up your alley.
Notable Tracks: God Of Flies, Blood on the Axe, Darkside, Virgin Sacrifice, Run for Your Life
Overall Rating: