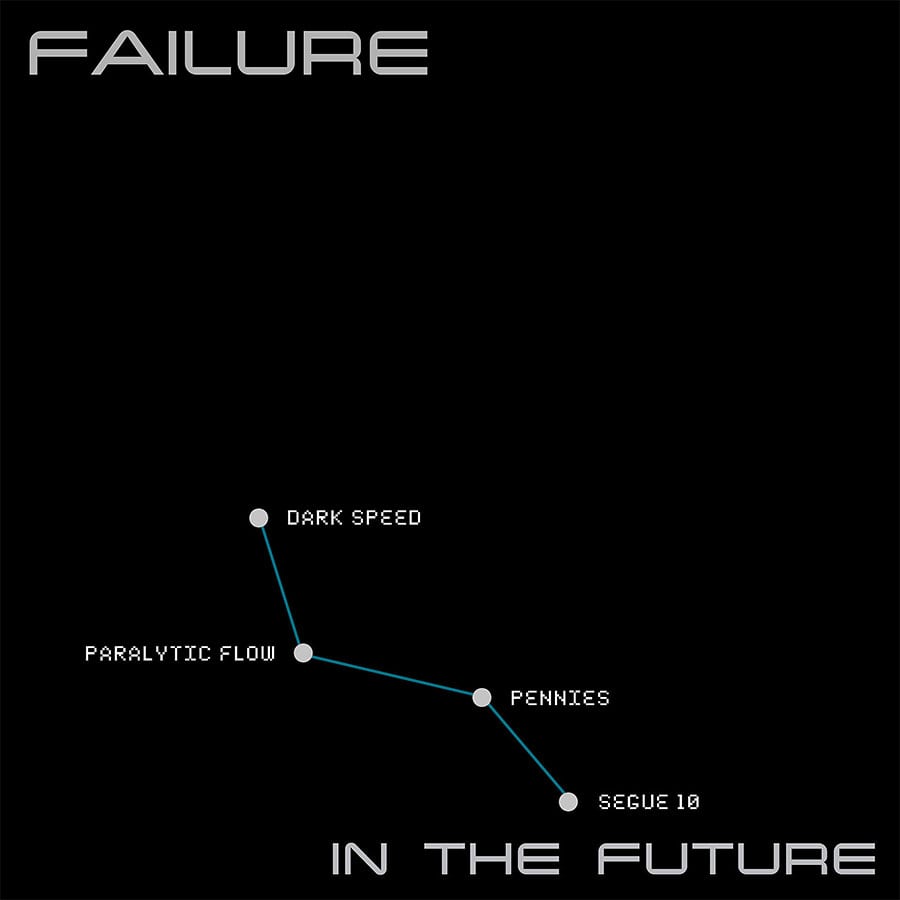 Alternative band Failure return with the first of 3 in a series of EP’s with In The Future. Overall, the idea is that these 3 EP’s will interconnect as a full length album. It explores the disconnect caused by things such as cell phones, social media and the general theme of artificial intelligence replacing our realities right before our eyes without us paying attention. While quite an ambitious statement, the band are no stranger to themes of alienation with their classic albums Fantastic Planet and Magnified, this one dives deep, no pun intended with 3 songs ending with a segue which leads to the next EP.

Usually albums that are this well produced usually leave people with a bitter taste, but Failure themselves between Greg Edwards and Ken Andrews have quite the history of high quality matched with high caliber talent. Producing their own projects as well as other bands such as Paramore, in addition to inspiring others such as Cave In, you can rest assured Greg and Ken have left tasteful imprints throughout various rock genres. The album opens with “Dark Speed” which sounds a lot like Nine Inch Nail’s more recent output, but establishes the theme of disconnect with a very monotone; almost muted non-aggressive passage. “Paralytic Flow” feels more like Failure proper and could very well fit on their last album ‘The Heart Is a Monster’ or ‘Fantastic Planet.’ “Pennies” sounds a lot like “The Nurse Who Loved Me” and “Dirty Blue Balloons” while seemingly continuing the theme of falling through the clouds with “Segue 10” which continues the theme started on ‘Fantastic Planet’ of transition tracks.

Bottom Line: Overall this is a pretty good start to a new concept in a paced release of what will eventually be a full-length album.
Notable Tracks: Paralytic Flow, Pennies
Overall Rating: