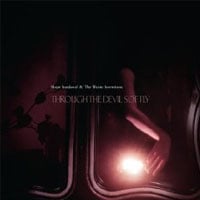 Hope Sandoval likes to take her time. It has been 8 full years since we have heard any new music from her (not counting collaborations with other artists: Air, Chemical Brothers, Vetiver, Death In Vegas). It has been 6 years since she has performed live, so its obviously good news to fans of hers that not only is she back but she has picked up right where she left off. Its almost like 8 years haven’t passed, longtime fans (like myself!) know exactly what to expect: slow, haunting melancholia delivered in THAT voice and at times in a whisper.

The album’s opener “Blanchard” has a nice rolling guitar lick throughout and some nice backing from the warm inventions, halfway through this song – which is also the first single off the album (do people still release “singles” anymore?!) its apparent that its still very much business as usual for Hope + co.

Hope’s band, FYI are made up of Colm O’ Ciosoig (My Bloody Valentine) and the Dublin band, Dirt Blue Gene. Of course the bands function here takes the back seat to Hope’s vocals, and they do a great job particularly on the extremely dreamy “There’s A Willow.” If ever there was an album for a rainy day, this is it.

This album will not be everyone’s cup of tea though, the slow pace might be a bit TOO slow for some. The album should probably come with a “Do not listen to while operating Heavy machinery” warning sticker! But if you are a fan of Hopes former band Mazzy Star and her previous work, then you’ll love “Through The Devil Softly.” If you’ve had a rough day, go home lie down and stick this album on your headphones and turn up the volume, it will chill you out and give you chills.

Hope Sandoval & The Warm Inventions US/Canadian tour starts September 18th, they play the Music Hall Of Williamsburg on October 10th and the Bowery Ballroom in Manhattan on October 12th.