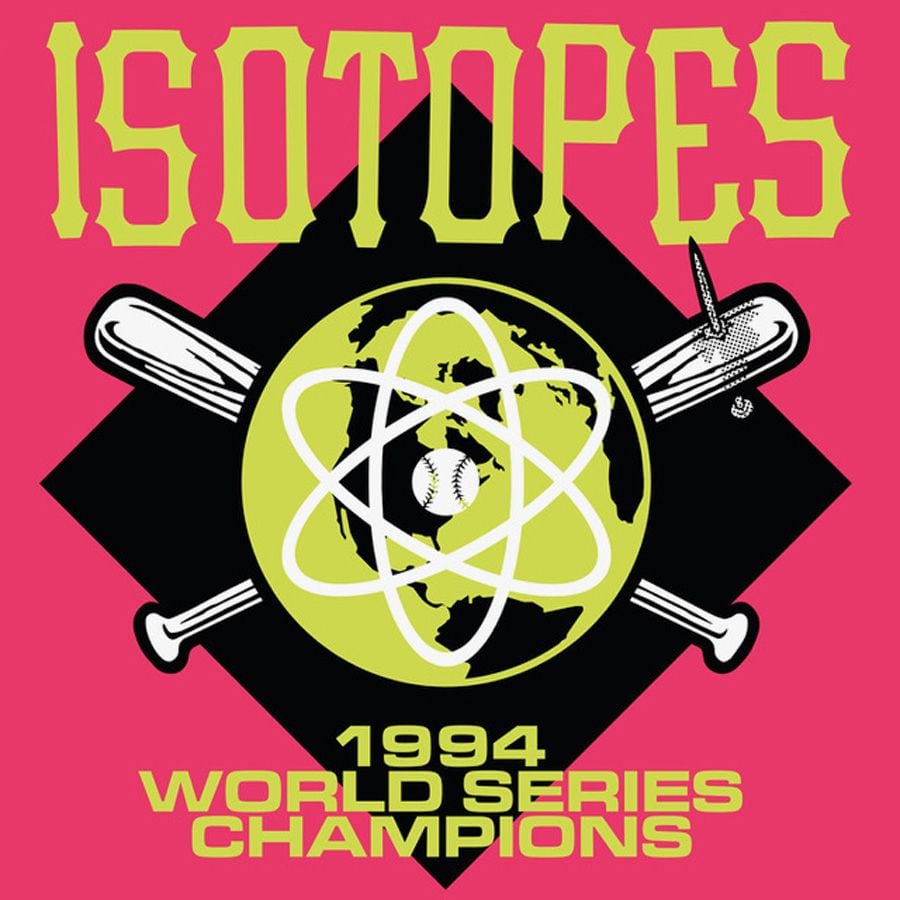 Baseball punk rockers the Isotopes are back with their sophomore effort titled “1994 World Series Champions”.

This release picks up where “Nuclear Strikezone” left off…with fun, fast paced Ramones-esque punk rock set to various baseball themes as well as some horror punk elements. Songs like “Psycho At The Sandlot” talks about Smalls snapping and killing all of the kids on the sandlot that made fun of him while “Gold Scorpion Gun” tells the tale of Jose Conseco shooting off his middle finger.

Fans of bands like Teenage Bottlerocket and Screeching Weasel will most definitely enjoy the Isotopes. As I mentioned before, they have a catchy pop punk sound that is heavy on guitar riffs, strong bass lines and a solid drum backbone. Start working hard to get drafted as one of their fans right now!