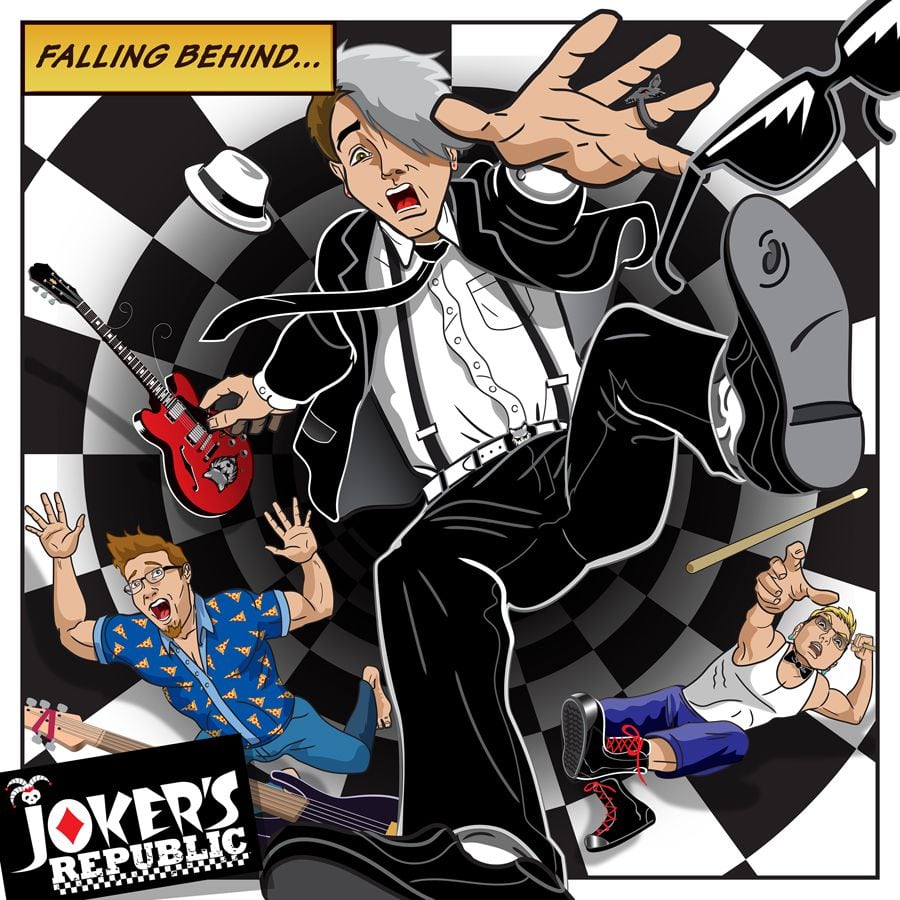 “Falling Behind” is the first full-length from Northern New Jersey trio Joker’s Republic. With sounds reminiscent of fellow New Jerseyites Catch 22, “Falling Behind” will stimulate your feet and your brain…mostly at the same time.

First off I want to say that there has to be some chemical in the water in North New Jersey…like some two-tone fluoride or something because that area is a hotbed of ska and reggae music with the Backyard Superheroes and P-Funk North churning out skankin’ beats two steps at a time. Joker’s Republic adds their checkered Vans into the mix with Operation Ivy-style ska punk that also draws influence from pop punk and reggae. Their cover of “Three Little Birds” is a fun reggae/ska punk romp that pays respect to the original while adding their own touch to the seminal Bob Marley hit.

The band’s original material covering ten tracks find the band making statements in regards to today’s political situation (“Trump Card”, “Politics Belong In Punk Rock”) as well as some introspective tracks (“Indecisively Indifferent”, “Grow Up”) all the while backed by a light-hearted and positive ska punk soundtrack.

“Falling Behind” is a great listen that invokes thoughts of the third wave DIY ska bands that were on the verge of making some of the best albums of the genre. Their sound is tight, the songwriting is interesting and insightful and most of all their sound hits the right spot for this old rude boy. I just wish somebody would bottle up some of that New Jersey ska water and send it one state over.

Bottom Line: Joker’s Republic’s sound invokes that of later Catch 22 and Edna’s Goldfish. They have that same youthful energy and exuberance but with the DIY knowhow of modern technology…they are releasing this album on USB drives with multimedia access to videos and band info!
Notable Tracks: Mannequins, Three Little Birds, Falling Behind, Trump Card, Just Don’t
Overall Rating:

Ska At The Shore in Atlantic City Happening August 7th