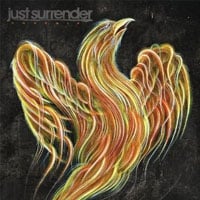 Just Surrender’s third album Phoenix was released back in June and it’s the first release on Razor & Tie Records. The reviews I’ve read say this album is heavier and darker, which begs the question…how much did they sound like a bunch of pussies on their last 2 albums?

When I hear music like this, I just think of the teeny bopper crowds of the Warped Tour and how much they would like this band. I think these guys have played Warped though? I don’t know how this album is heavier than their other releases because these guys sound like they chopped their balls off on some songs (“Take Me Home,” “Crazy”). The band doesn’t sound bad, they are just cookie cutter, generic and sing like pussies.

Bottom Line: If you’re a teenage girl, Just Surrender is for you.
Overall Rating: