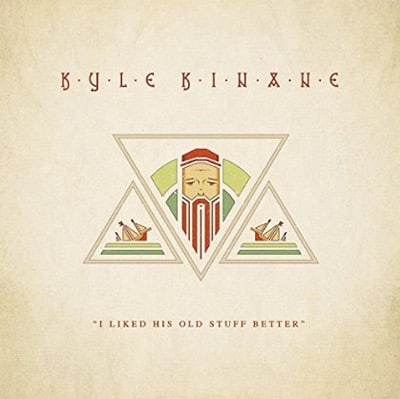 When a comedian has a real strong release that gets them significant notoriety, following it up strong can be even harder than a band making a good sophomore release as most people rate the stand-up as a whole rather than track by track.


While Whiskey Icarus was not Kyle Kinane’s first special, it was without question his strongest release that helped him gain recognition as a comedian with staying power. ‘I Liked His Old Stuff Better’ is an excellent follow up that continues what was great about Whiskey Icarus while showing his growth as a story teller and really showcases that he is truly in league with the next batch of stand-up story telling greats like Hannibal Burress and Kumail Nanjiani.

The theme in this special is acceptance, or at least that is my generalization of it. To be more specific, it is accepting the transition into living the adult life when your surroundings and body can no longer keep up with being young and ready for a party or bad choices, even though you are only really 50% there mentally. From calming down in situations that once provoked anger, the importance of porn falling to the appeal of pet adoption sites, being self-conscious about blessing cats for sneezing to buying furniture and having “adult parties” that involve dip and the realization that lighting fires and jumping naked off the balcony are no longer options. His take on love is fantastic and faces the reality of the romanticized expectations with a solid compromise. To avoid spoiling all the fun, I’ll just add that the closer deals with repressed memories, an underage semi-retarded girl, lies and the shame they all create when put together.