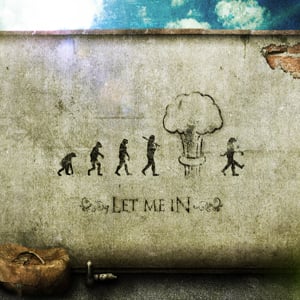 I recently recall writing a review of a band that considered themselves pop punk…which they weren’t. If they would like to know what good pop punk sounds like, they should probably listen to Let Me In and take some notes.

This four-piece from Italy surely takes influences from the 90’s pop punk sound and bands like No Use For A Name, Face To Face or Lagwagon…in fact…why aren’t they signed to Fat Wreck Chords already?

The album, aptly titled “The Bag” is chock-full of high energy songs, sing-a-long choruses, screaming guitars and just about everything that you could want out of your favorite Fat or Lookout Band. If you don’t believe me, check it out for yourself, the band has the entire album available as a free download at their website. Check it out here: http://letmeinthebag.tumblr.com/

“The Bag” really truly is one helluva listen from start to finish. Who knew that Italy could do punk rock so well?

Bottom Line: Punk rock in the vein of the best of the Fat Wreck Chords/Lookout Records bands circa mid 90s.
Notable Tracks: Promised Land, Old House (The Things That Are No More), 3 Chords Theory, The Parasite
Overall Rating:

Face to Face, Fat Wreck Chords, Italy, Lagwagon, Let Me In, Lookout! Records, No Use For A Name, pop punk, The Bag