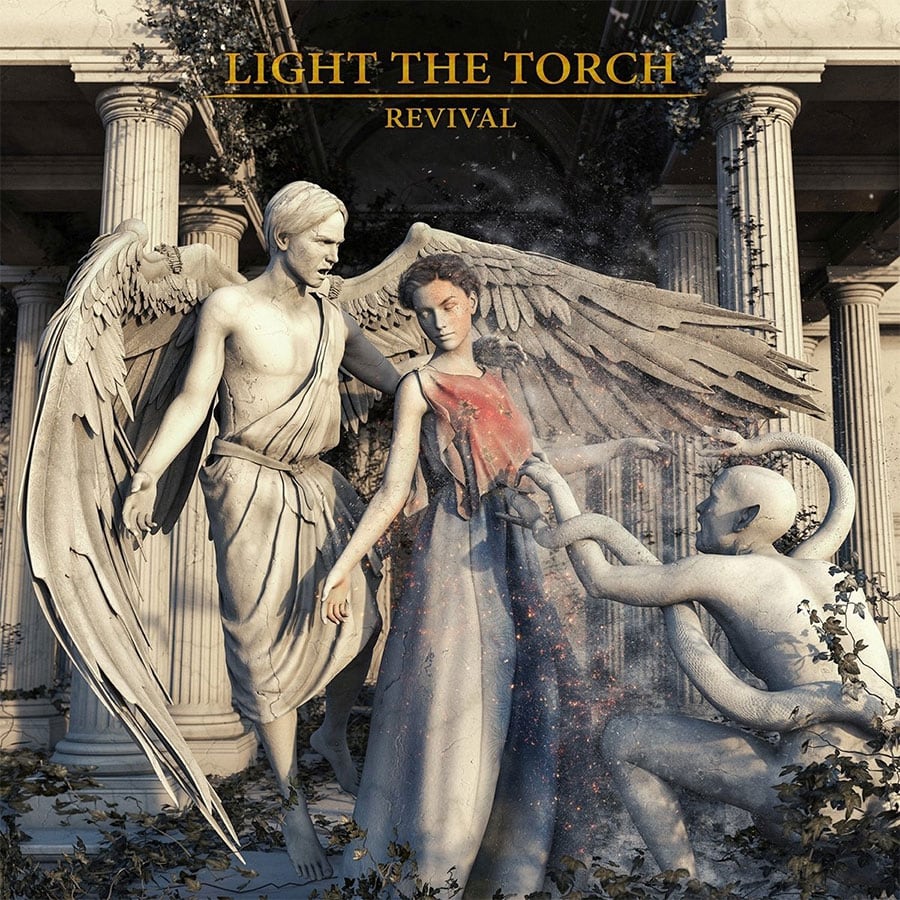 Devil You Know, the project featuring Howard Jones, formerly of Killswitch Engage and Blood Has Been Shed, Francesco Artusato formerly of All Shall Perish and Ryan Wombacher of Bleeding Through is back, in a way. After a sad legal battle over the rights to the band name with the former drummer, the band decided to ditch the name and retain the vibe, although streamlining their sound and tweaking a bit, albeit more focused.

I knew the vibe of the album would be a bit different as Howard stated on multiple episodes of the Jamey Jasta podcast, almost joking that some people wouldn’t like the direction due to some of the turns they decided to take. I can safely say in a positive way Howard misjudged the effort. If the pre-release tracks were anything, the main difference here on this record versus their former efforts under the previous moniker, fans should expect more clean singing. Usually in this genre it’s the death knell of many bands, but those bands didn’t feature Howard Jones’ amazing solid voice. While screaming hasn’t completely gone away, it’s used as more of an accent piece than a crutch. One thing you can’t deny, there’s still some juicy down tuned riffs here especially in heavier songs like “The Sound of Violence” and “The God I Deserve”.

Drums are brought in by Mike Sciulara formerly of Extinction A.D. and are just what the songs needed. While Howard painted what might be a somewhat softer album, I can assure you it is not. Howard’s melodies and well-crafted lyrics are the showcase here, after about 3 runs through the record, songs and chorus’ have nested in my ear almost to the point I completely forgot about his run with Killswitch Engage. To his credit, Francesco played very tastefully here, while quite the accomplished guitar player in his own right, he gave the songs just what they needed, crafting some masterful larger than life compositions that will be a welcome listen to fans of not just metal, but more active rock as well.

Bottom Line: When I first heard Devil You Know, I envisioned it as what would happen if Killswitch got new guitar players, but this album proves they are much more than the Devil You Know, sprinkling us with a solid effort that fans of the member’s previous bands will eat up and want more of these juicy melodies.
Notable Tracks: Pull My Heart Out, Die Alone, The Safety of Disbelief, The God I Deserve
Overall Rating: