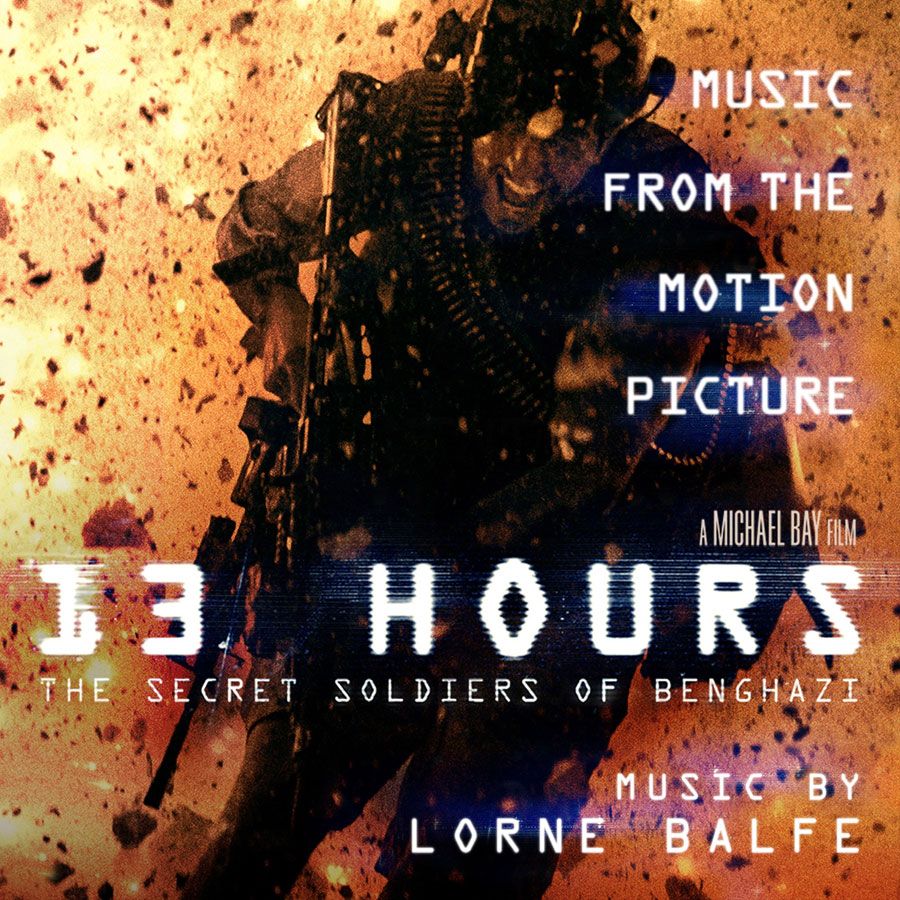 This is rare thing to say but I actually want to see a Michael Bay movie. I used to like his movies. Back before he started bastardizing everything into slow-mo helicopter shots and overusing close-up shots of girls’ asses. Well, that last part I don’t mind but still, he hasn’t been the same since like Armageddon.

Not sure 13 Hours: The Secret Soldiers of Benghazi will be a fictitious, politicalized drama about the stuff that went down in Benghazi but I’m still interested in checking it out. For those that don’t know, it’s about six members of the Annex Security Team that have to defend the U.S. Consulate in Benghazi, Libya, from an attack by Islamic militants. It stars John Krasinski, James Badge Dale, Max Martini and others.

I’ve heard scores from Scottish composer Lorne Balfe before but I honestly couldn’t name any off the top of my head. (After looking it up) He has composed music for Megamind, Ironclad, Penguins of Madagascar, Terminator Genisys, and of course this one. I have heard the Terminator Genisys score but it’s unfortunate the movie was a piece of crap. Judging from this score, 13 Hours sounds like it will be intense and action-packed for 2 hours.
It doesn’t take long for your heart to start racing with tracks “Welcome to Benghazi” and “Burn Them Out.”

It’s one thing to have just a bunch of noise and it plays well for an action sequence, it’s another when it sounds cool and good. The later is true with the score for 13 Hours. This is a score I can listen to over and over. In the break of all the action, there’s tracks like “Calling Home” and “All The Gods” where it’s slower. I like the beginning of “Engage Direct,” because it sounds slightly like Ming’s Theme in Flash Gordon. Just a few notes of it and you’ll know what I’m talking about…or maybe not.

This score made not be for everyone but I loved it. Definitely one of the better sounding action scores I’ve heard in recent memory. Give it a shot.