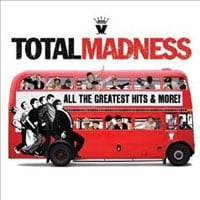 Madness has been playing bouncy 2-tone pop music for over 30 years now and they show no signs of slowing down. Their latest album “The Liberty Of Norton Folgate” is fantastic and I highly recommend everyone checking it out! To help celebrate the band’s 30th anniversary, they released yet another best-of CD (including a DVD) featuring all their hit singles overseas. You don’t realize how many great singles the band has until you hear them all together on one album.

Opening the album is the intro song “One Step Beyond.” The song is simple yet it’s always effective as a great intro. I can’t imagine another opening track for a best-of compilation than that “One Step Beyond.” After “Baggy Trousers,” “House of Fun” and “Our House” are next on the CD. Being a 80’s child, these are the songs I knew from Madness. I had no idea they were ska, 2-tone, whatever you want to call them. Their music was 80’s pop to me at the time and I loved these songs, especially their music videos. You get to see all the music videos on the DVD that comes with this CD. I can’t possible go into every song because there’s just too many excellent songs. The singles that always stood out from Madness include “It Must Be Love,” “Cardiac Arrest,” “Shut Up,” “Bed and Breakfast Man” and of course “Night Boat to Cairo.” When I got into ska music in the 90s, these were songs I would listen to constantly. The band’s newest single “NW5” is really catchy and signature Madness. The only singles I never really cared for were “Driving in my Car,” “Wings of a Dove” and “Return of the Los Palmas 7.” The albums before “The Liberty Of Norton Folgate” were okay but they don’t compare to the new album. “The Liberty Of Norton Folgate” is their best album to date!

The thing that I love about Madness is that they are still creating new music with the same musicians. They might take some time off here and there, but it’s still the same core group of musicians playing ska music. As much as I love the Specials, they haven’t been playing music as much as Madness and not creating new music with all the members. Lots of grumbling and fighting with some members and that’s unfortunate. Hopefully The Specials and Jerry Dammers can put their differences aside and write some new songs. Madness has always been the most successful between all the 2-tone bands, at least in my opinion anyway. I really hope they can make it over to the United States soon because it’s been over 10 years since they played New York. That concert will always be in my top 5 favorite concerts ever!

If you’re a Madness virgin and haven’t really heard too much from the band, this is the compilation to get! I’m not sure this will be available over in the United States so you’d have to get it as an import. You’d also need a region free DVD player to watch the music videos as well. As far as the compilation itself, I think this is their best one and has all the vital songs from their 30 years included on the CD. I highly recommend this best-of album!

Bottom Line: Fantastic collection of Madness singles!
Notable Tracks: One Step Beyond, House of Fun, Our House, It Must Be Love, Cardiac Arrest, NW5, Bed and Breakfast Man, Shut Up, Night Boat To Cairo
Overall Rating: 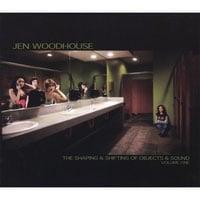 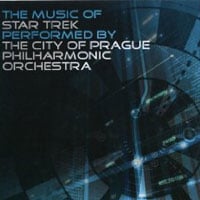 Next: The City of Prague Philharmonic Orchestra – “The Music of Star Trek”

Matamoska Doing A Free Live Stream Event on May 22nd