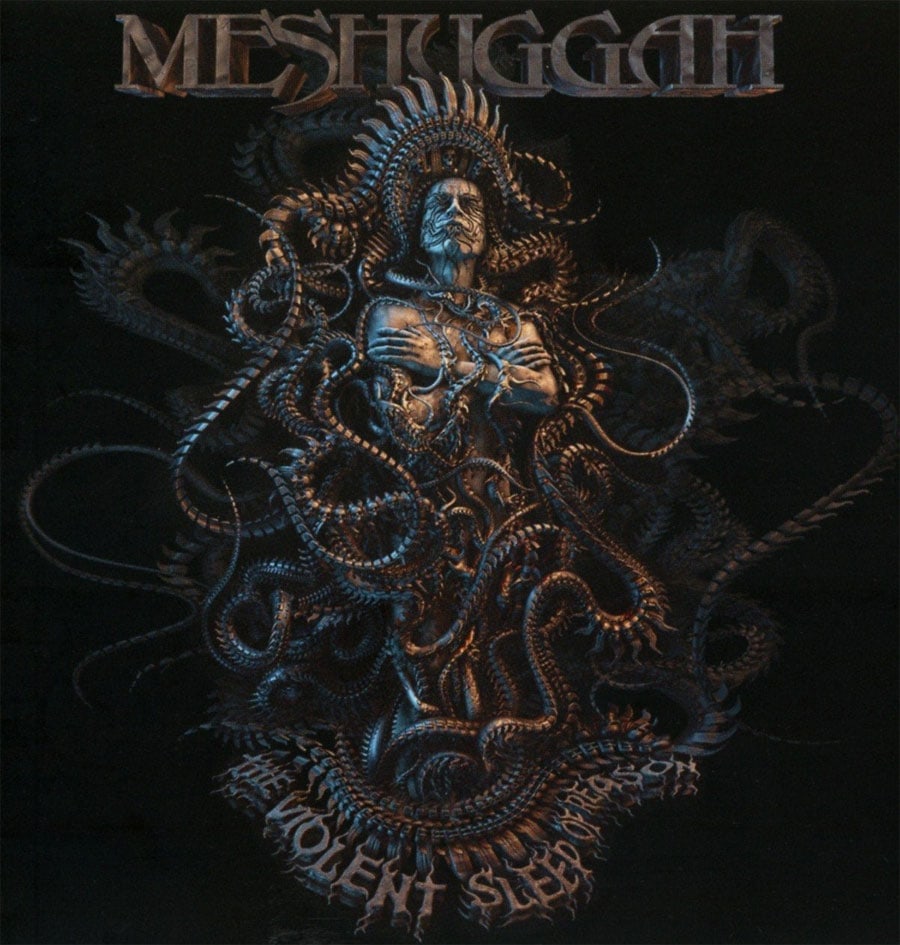 Meshuggah returns with yet another unrelenting hard-hitting album. It’s really hard to put into proper words how this album sonically destroys its competition. Throughout the years the band has had many other artists come along and tried to rip off a portion of the style and sound, but make no mistake about it, nobody does Meshuggah better than Meshuggah.


The band opted to record this album live, giving it a raw aggression and sense of honesty that’s missing from most modern metal records nowadays. This record in a sense seems to recall earlier efforts in songs like “Born in Dissonance” which harkens back to the ‘Chaosphere’ album.

Make no mistake this album becomes unrelenting with Thordendahl’s harmonized leads throughout, especially in the ultra heavy “By the Ton”. Something awesome is that it seems it was all drummer Tomas Haake and Hagstrom writing the bulk of the songs on this, bass player Dick Lovgren contributed to more than half the album.

Bottom Line: There’s not much to say about a Meshuggah record. Expect a crushingly heavy record, as they always deliver.
Notable Tracks: Born In Dissonance, Clockworks, Nostrum, By the Ton
Overall Rating: