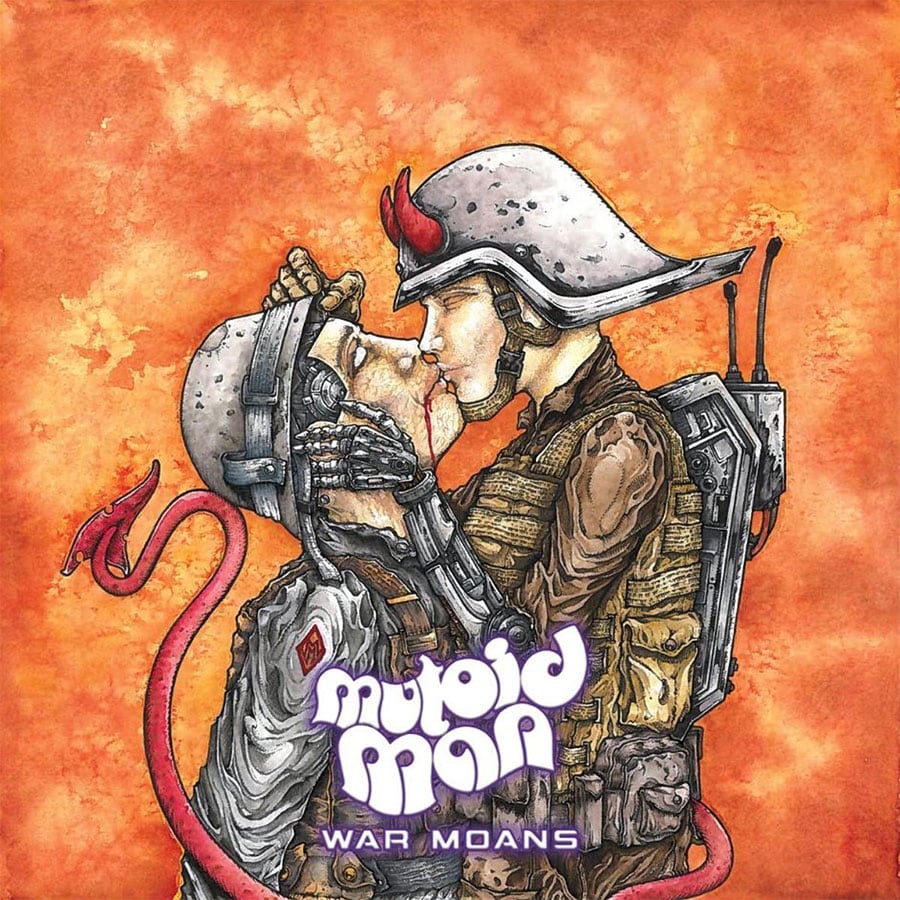 The 3rd release from Brooklyn’s Mutoid Man removes the band as far away as possible from side project land and further cements the creative strengths of the trio which features members of such legendary bands as Cave In and Converge.


Seeds of the band were lightly planted around 2004 when JR Conners departed Cave In and Ben stepped in to do double duty on what ended up being one of Cave In’s last tours with Converge. They released one ‘Cassingle’, which in ways was the first taste of what a Brodsky/Koller collaboration would sound like. Fast forward a few more years and both Steve Brodsky and Ben Koller were living in Brooklyn when they started this weird collaboration called Mutoid Man. They added Nick Cageao on bass shortly after releasing their first effort ‘Helium Head’. In true tradition to their Hydra Head roots, the album was chock full of odd time signatures and challenging riffs and bizarre patterns. They continued on this unorthodox path with their second effort ‘Bleeder’ with a full length dose of music that spanned everywhere from Converge to Cave In to Mr. Bungle, Dillinger Escape Plan stylings and so on.

Mutoid Man’s third album finds them digging deep into their metal upbringings leaning heavily on what can only be described as big 4 thrash mutoided up! Tracks are short and hit hard and fast in the beginning with “Melt Your Mind” and “Bone Chain”, while getting even faster with “Micro Agression”. The album takes a step back a bit with the somewhat Cave In-esque “Kiss of Death” only to come back with a Mastodon like march with “Date with the Devil”. “Headrush” has shades of mid-run Megadeth, which we’ll get to in a sec. “Irons in the Fire” features the guest guitar work of long time Cave In co-axeman Adam Mcgrath and has a big New Wave of British Heavy Metal/early 80s thrash vibe into a really fun tune.

We then kick into the title track “War Moans” that comes back to that Megadeth vibe from an earlier track, and just so happens to have an amazing solo by Marty Friedman himself! “Open Flame” has a bit of a Maiden vibe, opening with a thrashy backbeat and about midway through the song slows the album down to a slower melodic crawl as the album epicly closes with “Bandages” which also features Ben Chisolm on synth, Kurt Ballou on additional guitar and Chelsea Wolfe who also contributed to “Wreck and Survive”. I know it’s not really needed to be said, but Kurt Ballou did a great job with this one and I have quite the feeling this isn’t going to be the last of great albums from Kurt Ballou this year, given he did the Code Orange album that came out earlier this year in addition to other works.

Bottom Line: Even if you never heard Cave In or Converge, it certainly wouldn’t hurt your love for this great album, that if you’re a fan of early thrash with a bit of a bizarre twist, give this one a great spin.
Overall Rating: