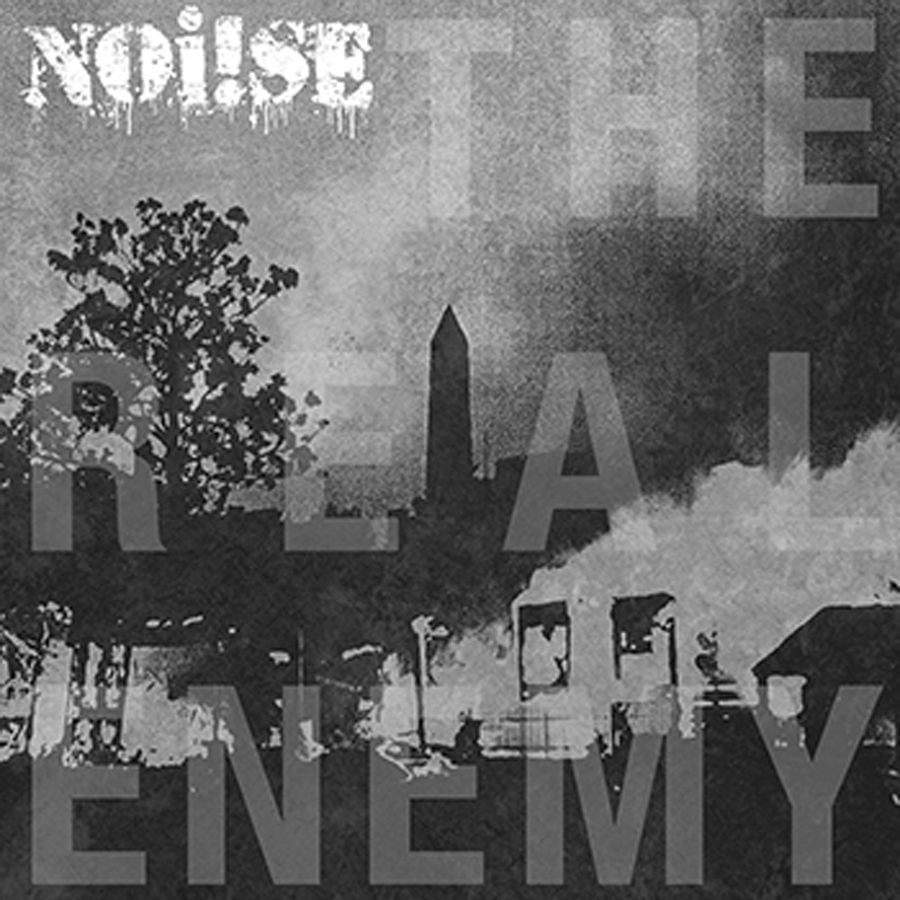 Noi!se are a four-piece punk rock band hailing from Tacoma, Washington that sound one part Sick Of It All and one part Cock Sparrer.

It’s difficult to just describe the band’s sound as punk rock or streetpunk, etc. when they have a unique blend of American punk rock and British oi. You can compare them to early Dropkick Murphys or Bad Religion just as much as you can compare them to Stiff Little Fingers or the Business but it just doesn’t work. Noi!se have a sound that is heavily influenced by all of the aforementioned bands but a sound that manages to take those influences and put them all in a blender for something completely their own. It’s raw, energetic, powerful and full of punk rock spirit.

“The Real Enemy” is my first experience listening to Noi!se and I can’t believe that I haven’t heard them up until now. I can’t really compare their early sounds with what the band has to offer on “The Real Enemy” so I’ll just point out what I like about it instead. First off, two members of Noi!se are in active duty in the US military. Hats off to them! Secondly, topics like depression and the reality of post-traumatic stress disorder are the focus of some extremely honest and well written tracks on “The Real Enemy”. I’m certain that those songs are some of the most honest tracks that one will find on those subjects. Top that off with a furious oi-influenced punk rock soundtrack throughout the course of the albums’ twelve songs and you have yourself one kick ass album that will hit you in the heart as much as it will kick you in the balls.

Last but not least, overall “The Real Enemy” is one hell of a record. It’s on a different level than some of the dystopian streetpunk and melodic hardcore that you’ll find nowadays. While on other albums you’ll hear a band singing about the state of the nation about wanting to do something about it but with Noi!se, those guys are actually out there doing something about it on multiple fronts. That reverberates through their music on many levels. It’s one thing to sing about making a difference and another thing to put your life on the line while making a difference. It’s the old adage of putting your money where your mouth is. Don’t just say it, do it. And do it well. Noi!se does it very well.

Bottom Line: Fast and furious, poignant and striking…”The Real Enemy” is an album that the punk rock community needs to take note of.
Notable Tracks: The War Inside, Passing Time, End Of Days, Sea Of Apathy
Overall Rating: