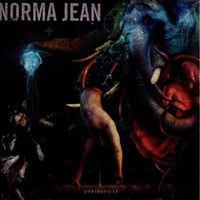 I like metal, and I like hardcore. Mixing the two can be a tricky thing, and could make or break it for me. Norma Jean’s 5th album is heavy and noisy and not something I’ll be listening to anytime soon.

Maybe I’m growing too old but I just felt this album was too noisy and not that great. The singer seems like he’s trying to hard to scream, just to be heard over the guitars, drums, etc. The band itself sounds cool but the vocals don’t stand out at all. I have no idea what the vocalist is saying. Bands like Norma Jean seem like they just play things loud because they can. In the end, the music is clunky and disorganized, and sounds messy to me. There are other metal bands out there that sound way better than this band.