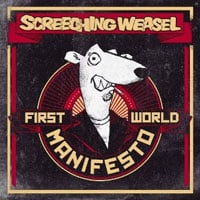 A lot has happened over the last couple of weeks concerning Screeching Weasel, particularly Ben Weasel. The band and Ben have been in the news because of the incident at this year’s SXSW. Everyone left the band except Ben, which makes me sad since I still haven’t seen the band live. I’m sure Ben will find some other band members to play SW songs with him. But agree or disagree with what happened down in Austin, still doesn’t change the fact that the band have a new album out after all these years. It sucks the way things went down, because First World Manifesto is a quality punk rock album!


Ben Weasel has been doing Riverdales albums, and solo albums since the last Screeching Weasel so it’s not like he was retired or something. The songwriting for this album is strong, and so are the songs themselves. “Follow The Leaders” and “Little Big Man” start and finish the album respectively, and are classic SW songs I think. The lyrics for those songs are typical Ben Weasel. The album isn’t too short or too long; just perfect. It does leave you want wanting more though.

I’d group this album up there with some of their best albums like My Brain Hurts, Wiggle, Anthem for a New Tomorrow, and Bark Like A Dog. I think the reason this album succeeds is that Danny Vapid has (or had) rejoined the band. It’s something about him and his style of playing that makes bands or albums great. Dr. Frank and Joe Queer also lend their vocals to the background as well. Joe and Ben have been collaborating a lot over the years so reading that he was involved with the album isn’t surprising.

Bullshit aside, this is one of the best punk rock albums to come out this year, and one of SW’s best in a long time. If you still like the band after the incident at SWSW, then definitely check this one out. 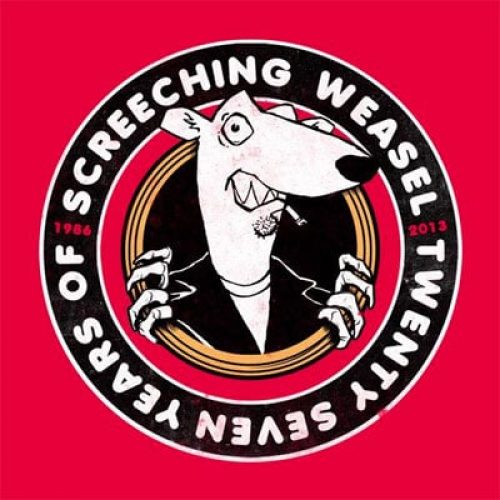