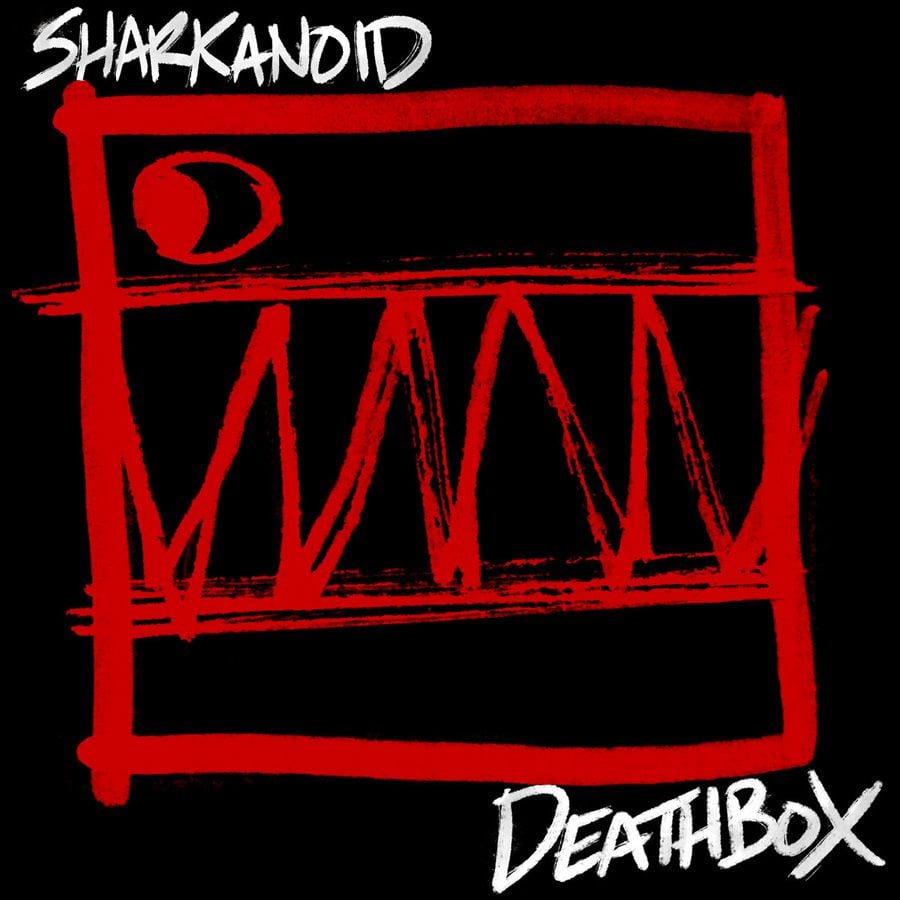 “Deathbox” is the second release by Sharkanoid, a band that features Dan Potthast of MU330 and Rick Johnson of Mustard Plug fame.

Much like the first Sharkanoid album, it is devoid of ska and focuses instead on an eclectic mix of punk, rock and roll, new wave and pop rock to name a few. Each song changes up its sound from the previous and the album plays like a scorned punker’s mixtape.

The first song “Flesh and Bones” is a raucous punk rock and roll song that is one part Minor Threat and one part Elvis Costello. The next track, “Acid Test” brings the 80s synth pop as well as 90s grunge to the table while the following track “Go To Work” is borderline new wave. “Getting Dark Getting Late” is a fast punk rock number that, if you added horns and some upstrokes, could easily be passed as an MU330 song. And this is just the first quarter of the album!

The unexpected is what to expect from “Deathbox”. Every song is different but Dan Potthast’s melodic growls keep things as uniformly bound together as you’re going to get. His quirky lyrics and craftsmanship is prevalent and Rick Johnson, who has become a behind–the-scenes man when he’s not a mustardy bassist, has worked his mastering magic with the album.

The overall tone of the album is pleasurably tongue-in-cheek but there are also some more serious themes explored such as mortality, faith and understanding. When it’s all said and done though, “Deathbox” much like Sharkanoid’s previous release “Have A Great Summer”, is just a damn good, kickass fun album. It’s an absolute bright spot in a world that is full of darkness and anger and is lacking in the music that is the soundtrack to our lives.

Bottom Line: An eclectic mix of genres that is both funny and thought-provoking. Sharkanoid takes their musical influences and just does whatever the hell they want to do and it absolutely works!
Notable Tracks: Flesh and Bones, Getting Dark Getting Late, Watch Your Step, Rock Your World
Overall Rating: