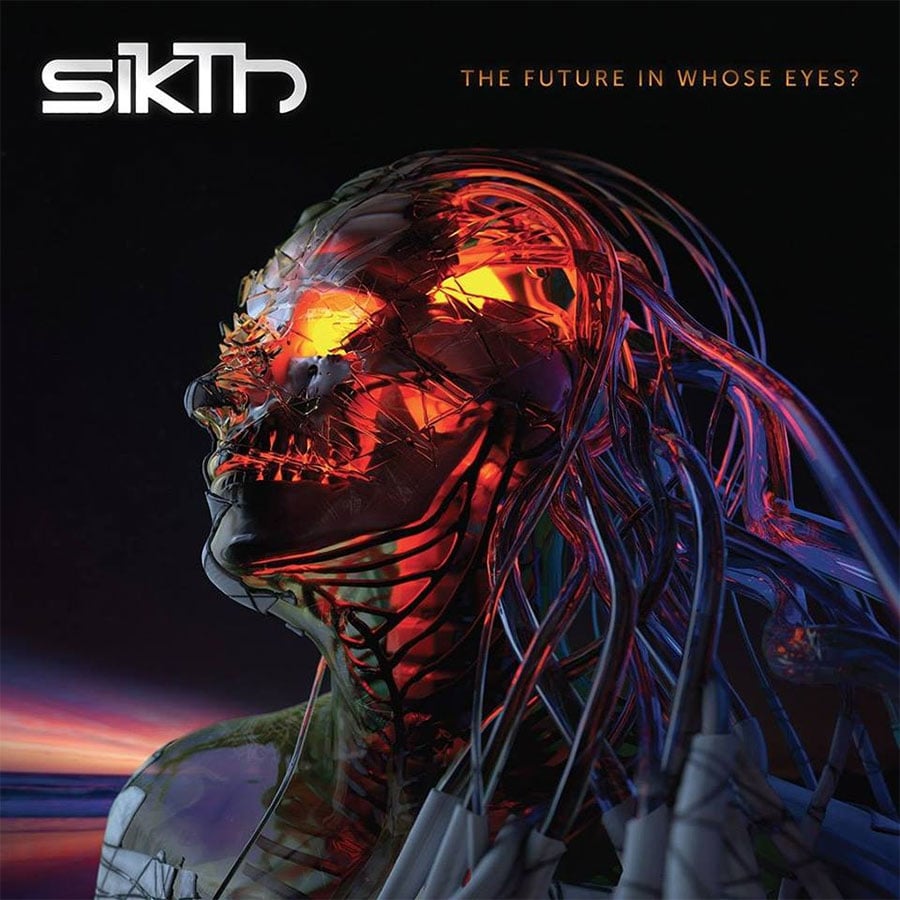 After a return with their EP Opacities, the UK band follows it up with their new full length The Future in Whose Eyes?. This band has always had an interesting and unique approach to writing and composing that some newer bands like Periphery have definitely taken a ton of notes from. What’s interesting is that in a time when detuning 7 and 8 string guitars and worshipping at the alter of Meshuggah seems to be the downfall of what most bands in their lane seem to do, largely ignoring anything but the bottom string of the guitar. These guys get techy and melodic in ways a lot of these other bands may never progress too. You could easily insert a Morpheus meme in that would say “What if I told you that you could riff progressively and not put everyone to sleep?” and it would hold true here. Unlike other “heavy” progressive bands that have fallen into the elevator metal category, Sikth brings elements of mathcore and chaos tinged vocals to bring something to the table that others simply don’t succeed at.

The lineup is pretty much the same from the Opacities EP with one exception, longtime vocalist Justin Hill stepped aside and the singer from Pin’s other project Aliases Jpe Rosser steps in. I was worried at first, most of the vocal dynamics that Justin and Mikee had would be gone, but Mikee put those rumors to rest stating the lyrics and themes were mostly his concepts. While dynamically there’s a bit of a difference with Joe not hitting a lot of those very high emotive vocals Justin was noted for, a more focused Mikee brings chaos in ways he never did before with vocals patterns and ranges not expected; making it a little easier for newer listeners who may have taken to the band recently from a glowing thumbs up from recent tourmates Periphery. Instrumentally, sit back because you’re about to be taken to a master class by guitarists Pin and Dan Weller who do an amazing job weaving an amazing tapestry along with some fantastic beats and patterns from Dan Foord on drums and some extremely tasteful bass lines from James Leach.

I think what impresses me most is the fact that as great as these guys are at their instruments, the fact that as progressively chaotic as their skills are, the songs themselves have great breathability and aren’t just a hodge-podge of riff jumping, to which a lot of technical/progressive bands should take note. The album isn’t just a barrage of riffs and out there vocals, it’s paced very well broken up by some of the band’s famous spoken word themed tracks as well as a good spot to change it up with the single “Golden Cufflinks”. The album also features a guest vocal spot from Spencer Sotelo from Periphery on “Cracks of Light” which is pretty cool.

Bottom Line: This is a great album to bust out in a sea of bands who think buying an axe FX and a $4,000 guitar makes you progressive. These guys are more than that and their ability puts them a cut above the rest. If you’re a fan of Periphery or Dillinger Escape Plan, and or miss the creativity of bands like Botch or Johnny Truant, than this band is right up your alley.
Notable Tracks: No Wishbones, Golden Cufflinks, Vivid, Ride The Illusion
Overall Rating: