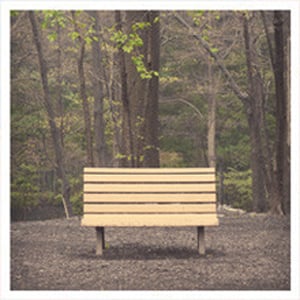 After many a hiatus due to everything from label issues to time miscalculations, the long-awaited follow up to “Somewhere in the Between” (cover albums don’t count!) finally sees the light of day. It’s not like Streetlight does this to fans with every album or something.

For me, as with every Streetlight Manifesto album, it takes a few listens for the sound to actually sink in. While there is more of their ska punk sound than I initially thought, it is fair to say that “The Hands That Thieve” is more predominantly a punk influenced album than their previous releases. While it starts off with a ska intro, “Ungrateful” is easily one of the heaviest and fastest punk tracks that I’ve ever heard Streetlight play. It’s also a documented fact that Streetlight Manifesto likes to stray from the standard ska punk label and branch off into just about anything (see: Bandits of the Acoustic Revolution) and new songs like the salsa influenced “If Only For Memories” and the Dixieland sound of the title track push those boundaries even further.

As usual, “The Hands That Thieve” is a good listen, but something just feels off about it. Maybe I just haven’t discovered it yet, but usually on every Streetlight album there are a few haunting songs that stand out above the rest. Upon a couple listens I just haven’t found that song or songs that stir those emotions and catch a nerve. There are a few honorable mentions like “Toe To Toe” and “Your Day Will Come” and it’s a rare instance where an album seems to save the best tracks for last.

When it comes down to it, “The Hands That Thieve” is a Streetlight Manifesto album those are usually pretty damn good. I wouldn’t put it in the league of “Everything Goes Numb” and “Somewhere in the Between”…yet. Over time it may get there, but my initial feeling right now is that it falls slightly short of expectations.

Bottom Line: A good listen, but falls slightly short of earlier Streetlight Manifesto material. Still better than anything Catch 22 has done it ten years.
Notable Tracks: Ungrateful, Toe To Toe, Oh Me Oh My, Your Day Will Come
Overall Rating: