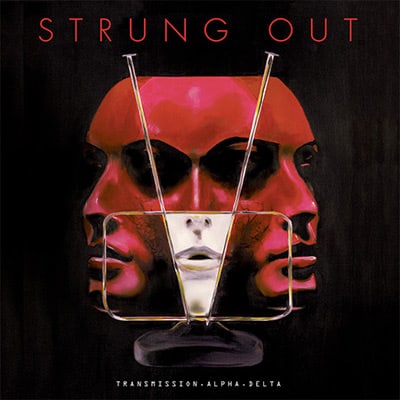 If you enjoy the sound of Strung Out at a core level, if you love what they put out after Exile in Oblivion, you will probably be very satisfied with this album. If you were hoping for more complex songs that stepped away from simple melodies with anthem-like choruses, this is not for you.


It has been 4 years since Strung Out released an album on account of Jason Cruz having a kid and side projects such as The Howling, and I was excited to hear that the band felt rejuvenated and inspired to get back to a mix of their older style with all the new influences that come with age. Strung Out is an extremely talented band that have a proven history of being able to mix complex riffs and progressions found in Thrash Metal/Punk and catchy melodies and hooks you would find in Pop-Punk (similar to RKL – Riches to Rags) to form the “Strung Out” sound that is instantly recognizable. I feel like this album takes a step back from that however and gives us a very toned down and much more simplistic Pop-Punk anthem based sound, which makes the album come across as very safe and, well, boring. While I agree that a solo should only be placed in a song where it fits and adds to the song, leaving them out when you are not only capable of it but exceptional at writing ones that make songs far better can also make the songs feel as though there is a great void.

This album takes the form of the latter as the 5th track ‘Black Maps’ is the only song with an actual solo on the album, and having that solo really set a contrast for all of the other songs that simply felt incomplete with the short and simple lead parts that take place of the solos. I can’t speak on how they felt when writing this, if this approach was out of choice or simply how it happened while writing the songs, but as a listener I didn’t feel in sync with how their choices made the songs better. The opening track Rats in the Walls is a good opening track that definitely has the feel of their writing on An American Paradox and Exile in Oblivion and really hits a good stride, even ending with a nice little lead part. This is short lived however as the second track ‘Rebellion of the Snakes’ just hits a brick wall and doesn’t pick back up until the fifth track. I feel it is important to point out that the fourth track ‘Modern Drugs’ may leave you feeling as though Andrew W.K had some place in the writing.

As for that being good or bad, I’m sure you made your choice upon the thought. The fifth track ‘Black Maps’ is easily my favorite track on the album, and even holds not only a solid solo, but the only one of the album that isn’t just a lead section. It has a good little bass intro with the dual harmonic guitar parts behind it that they do as well as Bigwig. Sadly, it goes right back to safe sounding, simple 4 chord rising /half step climbs, etc that you expect from the genre with nothing really interesting to stand out until the tenth track ‘Go It Alone’ where you can find some interesting riffs, that while simple, are clearly not a simple derivative of the inspiration that led to this album.

Bottom Line: The album will most likely be enjoyed if you loved Blackhawks Over Los Angeles, but if you want complex riffs and something more than Pop-Punk anthems, you might want to listen to it before you buy.
Notable Tracks: Black Maps, Rats in the Walls, Magnolia, Go It Alone
Overall Rating: