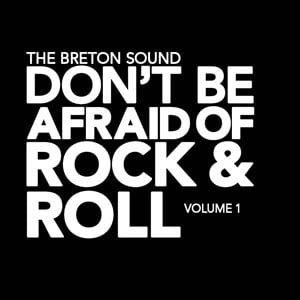 The Breton Sound are a four-piece rock band from New Orleans with obvious ties to 90s rock music. What would you expect from a band that named a song after Weezer frontman Rivers Cuomo?

Being a big fan of Weezer’s early material, my interest was piqued by the kick off track. Not only did it have random Weezer quotes strewn throughout, it was a hard rocking tribute to a band that used to rock hard. While only five songs deep, “Don’t Be Afraid Of Rock & Roll Volume 1” has a decent amount of musical content and variety throughout. You get a little hard rock, some melodic rock, a little bit of alternative country and some U2 sounds to name a few.

With a “Volume 1” there is obviously going to be a “Volume 2”…the band has already announced their plans for two EPs and a vinyl with the combined EPs…and I look forward to hearing what The Breton Sound have in store for it. Here’s hoping that it kicks off with a song called “Dave Grohl”!