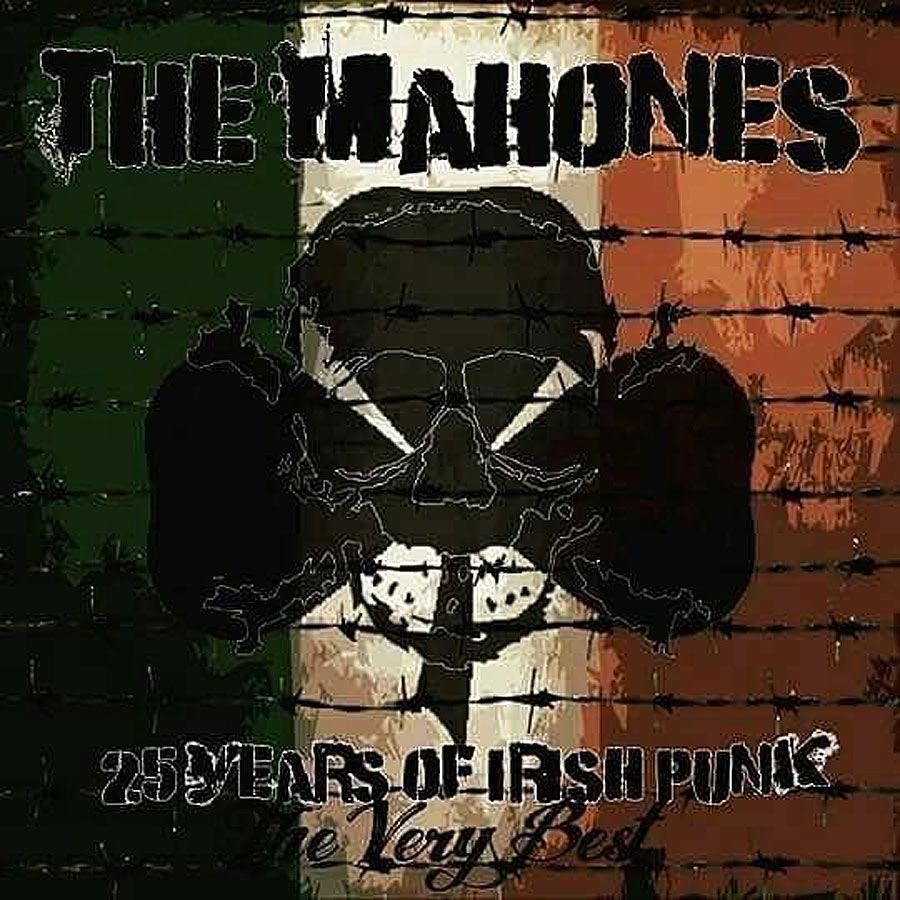 My Celtic punk buddies up north, The Mahones, are celebrating 25 years of existence and have released a new best-of album! Instead of the usual compilation where you just have all the stand out tracks from other albums in one place, all the songs on this 25 Years of Irish Punk compilation have been re-recorded or updated.

With the 25th anniversary, the band plans on releasing a bunch of new releases besides this one, along with some extensive tours. The band has always been a tour machine, particularly in Europe so I’m sure they will hit your city in the future. If you’ve never witnessed a Mahones live show before, you’re in for a lively and chaotic set fronted by Finny and his wife Katie Kaboom.

The band have recently added former Dropkick Murphy piper/tin whistle player, Scruffy Wallace, to their lineup. The songs were in need of some bagpipes or tin whistle so Scruffy fits in well. He has an intro to start the album and then you can hear him throughout as well. The start of the album has great tracks like “A Great Night on the Lash,” “Paint The Town Red,” “Shakespeare Road,” and “Give It All Ya Got.” I love what the band has done with re-working their classic songs and their more recent tunes. This album sounds just like their live sets, which is rare for a band to recreate that. This album just sounds like mayhem….but in a good way! A perfect example of that is the track “Across the USA.”

My favorite songs off the new Best-Of album are stuff from the earlier years. It’s just interesting to see how the band has updated the tracks. The Mahones started out more folky Irish rock and have embraced the punk rock side of things in the later years. So it’s cool to see them give them a punk rock makeover with their current style. Carbon Leaf is another band that comes to mind, that have done this with their songs except they actually remade 2 of their albums. I like and dislike remaking full albums since it’s a pain to put on iPod and it’s like picking your favorite child. But since this is just a Best-Of, Mahones fans don’t really have to worry about that.

Other updated tracks that I liked include “Street of New York,” “One Last Shot,” “Angels & Devils,” “Down The Boozer” and “Drunken Lazy Bastard.” Hearing all these songs makes me want to see the Mahones play in NYC again. It will be especially cool to see Scruffy with the band now too. There are 21 tracks in all and any Celtic punk fan would be happy to own this album. Of course, it doesn’t hurt to have the rest of their albums as well.

Bottom Line: This isn’t just your ordinary Best-Of album!
Notable Tracks: Paint The Town Red, Give It All Ya Got, Across the USA, Streets of New York, One Last Shot, Angels & Devils, Drunken Lazy Bastard
Overall Rating: