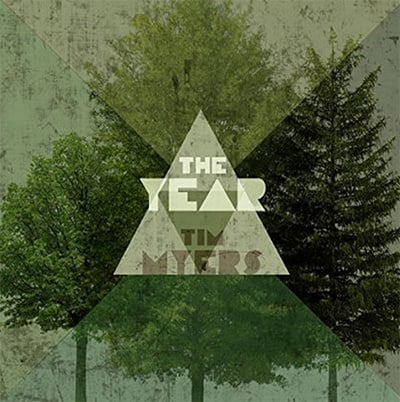 Tim Myers is a former member of the band OneRepublic and has made a name for himself with his hit song “Under Control” that you heard constantly in the Chase commercial. He’s had plenty of other songs in commercials and movies as well. His follow-up to the excellent album Technicolor is This Year, which was released in the beginning of the year.

I was a big fan of Tim’s album Technicolor and listened to it a lot (still do). This Year sounds a little bit different, maybe not as upbeat as the first album. The pop-i-ness is there but seems like he slowed things down a little. At least that’s the way the album starts off with “January: Get Out Of Here” and “February: Smoking Gun.”

Each track has a month in front of it, so it’s some type of concept album that takes you through a relationship throughout the year. Like the seasons, January and February are gloomy and things get more uplifting in March with “Hills to Climb.” That song is Tim’s single and has already been heard in some trailers and TV shows. As you can tell, he’s one of the most licensed singer/songwriters these days. “April: It’s My Life” is a catchy tune as well so it will definitely be used for a commercial if it hasn’t already. “June: Good Days Start Here” is probably his best song on this album. I like the uplifting, upbeat songs from Tim Myers more. The rest of the album is the same. Ups and downs, catchy hooks, ohhs and ahhs and great singing by Tim Myers. Definitely another excellent album from Myers.