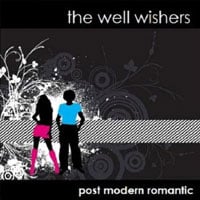 I’m the sort of guy who likes fast, rockin’ music, but there’s something irresistibly appealing about the Well Wishers’ clean, harmonic and jangly music. I would say they are a guilty pleasure if I felt at all guilty about it. As such, I was a little taken aback by their slightly more alternarock offerings on here, such as the punchy “Hanging On,” “All For Nothing,” “Grammareater,” and others.

Of course, “harder” is a relative term. A little more guitar fuzz doesn’t make them Cannibal Corpse. In fact, all it does is make them sound a little more like REM than Squeeze. But I did at first miss the clean-cut, boyish innocence that I’ve grown to love about these guys (although there are some tunes on here in the vein of their older, downtempo spirit – like the sweet “Someone Else” and “Consequence of Love.”)

After a second listen though, I have to admit that their quicker-paced songs are incredibly catchy and fun. They may even be more instantly appealing than ever. Their greatest deviation is probably the highlight of the album – a joyously punky cover of The Nils’ “Fountains.”

If you’re not yet a fan, this might be a good place to start. It’s not quite as warm n’ fuzzy as their earlier works, but it’s perfect at what it means to be – expertly constructed, intelligent, and hook-laden alternative rock.