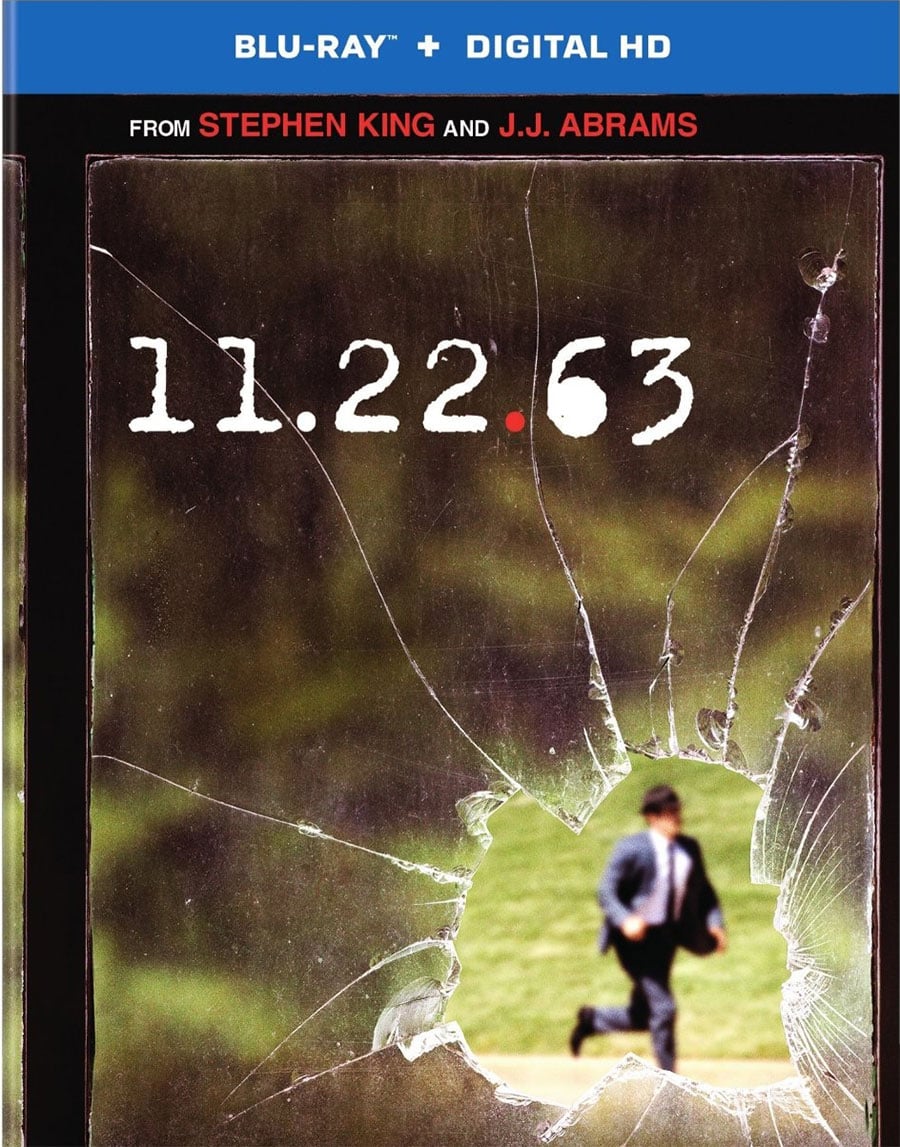 Starring: James Franco, Sarah Gadon, Chris Cooper, George MacKay, Daniel Webber, Lucy Fry, Cherry Jones, T. R. Knight, Kevin J. O’Connor, Josh Duhamel
Story By: Stephen King
Studio: Hulu / Warner Bros
Buy On Amazon.com
11.22.63 is a Hulu original (mini)series that was based on a book by Stephen King. I never saw it on Hulu since I don’t have that. The season is only 8 episodes long, which seems to be the winning formula for TV series this year.


The series is about English teacher Jake Epping (James Franco) from Maine. One day he’s given the chance to travel back in time to Dallas, Texas in 1960 by ailing friend Al Templeton (Chris Cooper). Al gives Jake the task of prevention the assassination of JFK in 1963. While there, Jake travels to Texas to follow Lee Harvey Oswald. Jake’s mission is sidetracked just a tad when he meets a beautiful librarian Sadie (Sarah Gadon). If you had a chance to travel back and time and change some big event? Would you or do you think it will have a butterfly effect on other events if you did? This show explores all that.

I didn’t know much about this miniseries going in. Once I heard about the premise, I was intrigued since I like time travel, alternate realities and things like that. I’m glad the series was only 8 episodes because a series that is only 8 episodes compared to 22, feels more focused. I think US studios and platforms are taking notice of the UK approach of developing series. Less is more. Is this considered a miniseries or will they make another season?

With that said, some of the stuff in this series felt slow at times or didn’t fit in with the overall story. While it was interesting and sad to hear Jake’s friend Harry Dunning’s story about his family’s past. It probably wasn’t necessary to the overall story. While Jake was back in the past, he sidestepped his mission to fix someone else’s past. If JFK’s assassination plot wasn’t involved with the story and this was on network TV; it could be a weekly show that he goes back and changes the past. Oh wait, that’s Quantum Leap.

As much as I liked the series, I just felt like some things could have been better or fine tuned. The series felt closed at the end of episode 8 but if they decided to do another season, I’d be up for it. I’m sure there could be something that Jake could go back to and fix. Would the show be called 11.22.63 anymore though?

James Franco played the character very well and I usually like the majority of things he’s in. I was cool to see Chris Cooper in this, despite not being in it all that much. I’m kind of torn on Daniel Webber who played Oswald. He looked like him but his accent seemed to be all over the place. I loved the music on the series, especially the opening sequence that was reminiscent of True Detective and The Night Off. It’s probably done by the same agency. The Blu-Ray contains one featurette but didn’t get a chance to see it yet. The Blu-Ray video looked really crisp

Overall, I thought the miniseries was great and worth watching. I had some minor nitpicks with it but that shouldn’t stop you from seeing it.

When The Future Fights Back