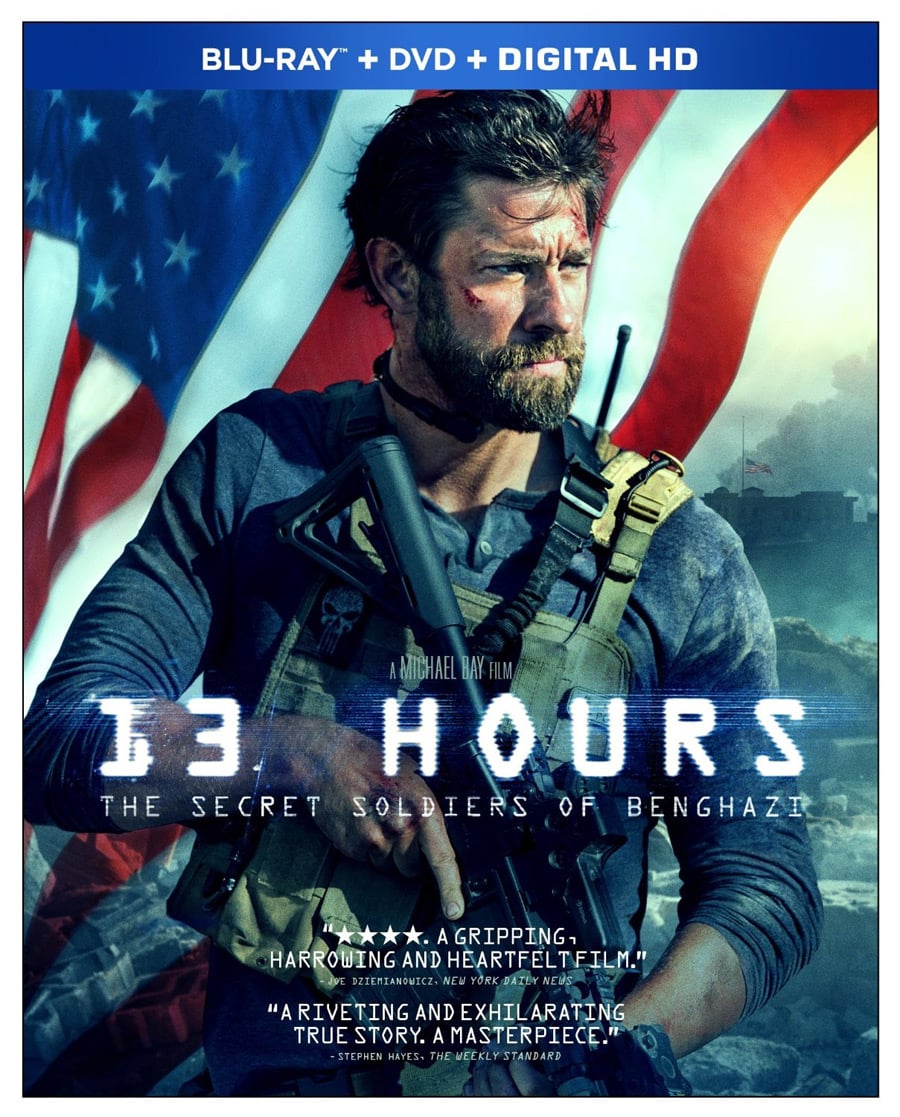 When I originally saw the trailer for 13 hours, I thought it might be your usual Michael Bay action flick. Close-ups of girls’ asses, slow-mo shots of helicopters and nauseating camera angles. Well there’s no close-up shots of girls’ asses but the other stuff is kind of true. That doesn’t make this a bad one, in fact I actually liked this movie a lot.

13 Hours: The Secret Soldiers Of Benghazi takes you inside that awful attack on the diplomatic compound in Benghazi, Libya. Down the road from the compound is a place called the Annex, which is protected by private military contractors Global Response Staff. Jack “Da” Silva (Krasinski), arrives in Benghazi and is picked up by Tyrone S. “Rone” Woods (Dale), a member of the team and a friend of Silva. The U.S. Ambassador to Libya J. Christopher Stevens (Letscher) arrives at the compound, despite security warnings, he decides to stay. That night, the compound is attacked by militants. Even though they were told not to engage, the team of Woods, Silva and others do what’s right and tried to save lives.

Just the word Benghazi makes me cringe these days. It’s been talked about so much in the media and politicized on both sides. Yet you don’t really hear too much on what actually happened. Michael Bay, the author Mitchell Zuckoff and screenwriter Chuck Hogan didn’t really politicized this movie and just focus on the soldiers and the people that lost their lives during this attack. Some feel this is just a straight up action movie with no substance but I don’t think it is. There is a little bit of backstory to some of the soldiers and their lives. Most have a family but they also consider the guys they work with to be family.

I have no idea how accurate this movie is or what’s real or not. Considering that 3 of the guys that lived this also consulted on the film; I’d think this is mostly true. There’s probably a few things that were Hollywood-ed up. I thought this was a good film for Michael Bay to take on considering he’s been dealing with awful Transformers movies for the last few years. I enjoyed his earlier movies and felt this one was more in his true realm. It’s more grounded in reality and he’s just an expert in filming action scenes. It felt like you were right there in the mayhem. I didn’t really care for the Pearl Harbor-ish shot of the mortar crashing down on some of our heroes. It feels cheap or glorifies the mortar by showing it go down like that. The same can be said for Pearl Harbor and that shot.

Like with all of his movies, the dialogue leaves a little to be desired. Some lines I kind of rolled my eyes at. Besides the solid work from John Krasinski and James Badge Dale, I thought Pablo Schreiber was particularly good in this. He had some funny lines, believe it or not. Max Martini was perfect and has been in a ton of military movies and TV shows. I loved The Unit when that was on the air. It’s remarkable how much he looks like Mark “Oz” Geist, who he played.

There’s over an hour of bonus material, so I was happy about that. “For the Record: Finding the Truth Amid the Noise” is quick but gives you enough info about the events and all the stuff leading up to it. You can definitely tell these guys hate politicians. “Uncovering Benghazi’s Secret Soldiers” is almost a half hour on the real life guys involved. You see those guys walking through the compound set and saying how close things were to reality. They also go into the Shadow Warriors Project, which helps and honors private contracted soldiers who work in the most dangerous places in the world. Besides that, you get to see the actors going through their training, and filming the action scenes. They all said it certainly helped and motivated them to have the real guys there to consult on the movie. All in all, there’s a lot of interesting stuff to see in the extras after you see the movie.

13 Hours is a good war film about a horrible attack that everybody has heard about. It’s awful what happened to the people that lost their lives but the movie shows you what really went on. They don’t have any of the politics in this. It’s just about the heroes that stepped up, to do a job they weren’t really there to do. Bravo to Michael Bay for not making this so over the top like past films as well.

Features
For the Record: Finding the Truth Amid the Noise
Uncovering Benghazi’s Secret Soldiers
Preparing for Battle: Behind the Scenes of 13 Hours
Operation: 13 Hours Premiere
In Memoriam 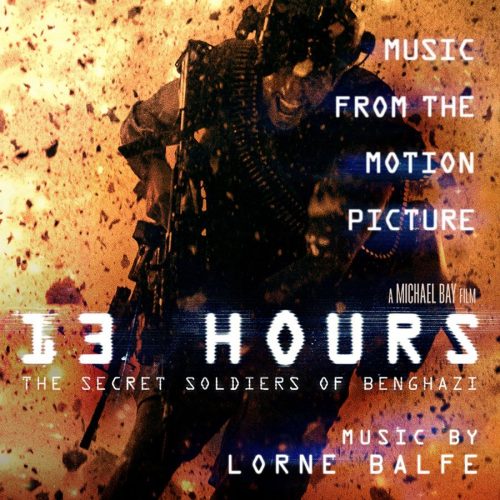