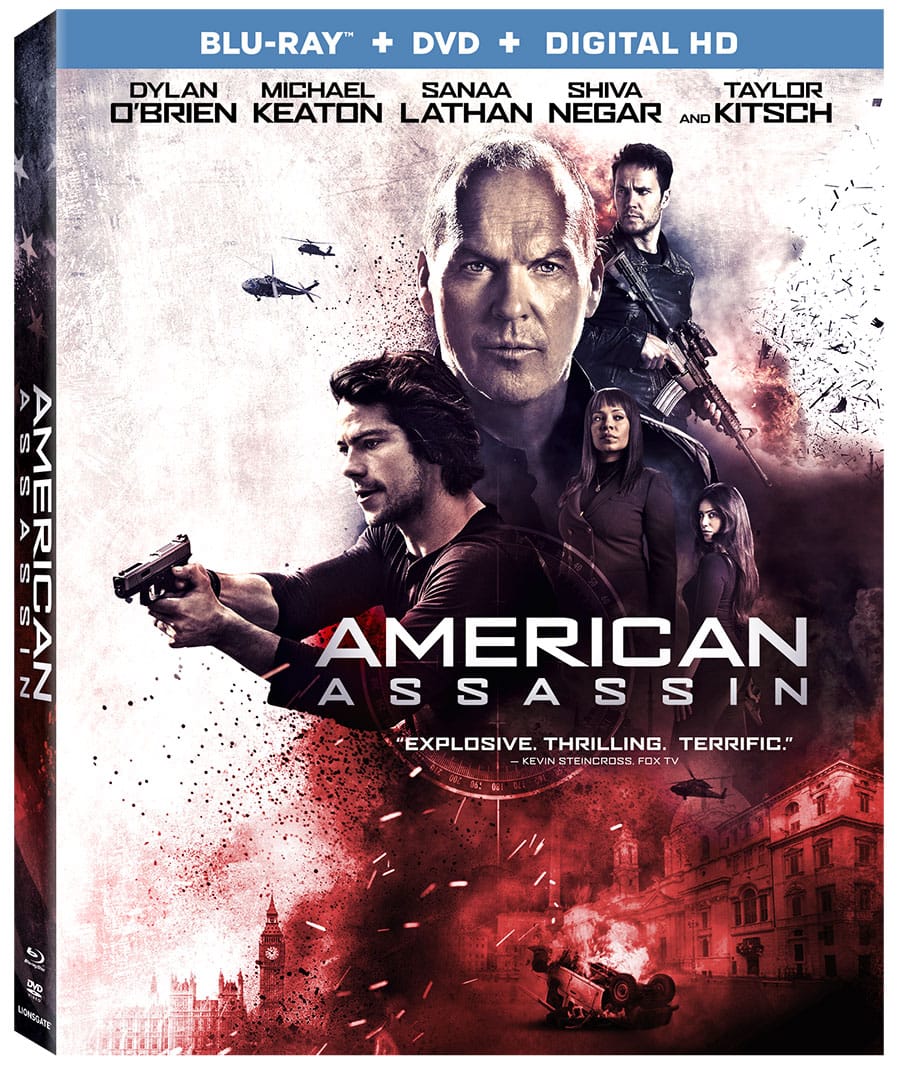 If Michael Keaton wasn’t in this, I probably wouldn’t given this a shot. American Assassin is based on the Vince Flynn novel and is an okay movie. Nothing new to add to the spy thriller genre but if you like those types of movies, it’s something to put on and watch for less than 2 hours.

Mitch Rapp (Dylan O’Brien) and his girlfriend are spending time on the beaches of Spain when terrorists begin shooting at tourists, including his girlfriend. 18 months later, Mitch is bound for vengeance on the jihadists that were responsible and ends up locating them for a meet. Before he can try to kill them, a team of special forces ambush his meeting. The CIA offer to train Mitch and join a special black ops team run by Navy Seal veteran Stan Hurley (Michael Keaton). Stan, Mitch and others are tasked with finding the person responsible for the missing nuclear grade weapons and random terrorist attacks.

I didn’t have any expectations for this movie but I didn’t mind it. It didn’t really bring anything new to the table for spy thrillers. Pretty much 24 and Jason Bourne movies have gotten everything covered these days. It was interesting to see how the character wanted vengeance and the backstory of his girlfriend’s death. But the story of him getting there seemed rushed. I suppose the main thing was to get him with the CIA and to be training with Stan Hurley. But we’re to believe he becomes a master at martial arts and shooting guns in the matter of 18 months…AND tracking down a jihadists to meet up with him…Oh yeah, he can speak some Arabic as well. It’s a little far fetched unless he’s already in the CIA or something. Once he gets to the training with Michael Keaton’s character, it kind of speeds things up with the training and felt like it missed a few beats. They could have added 10 minutes or so to the movie to give some depth to those scenes, more depth to Taylor Kitsch’s character “Ghost” and just gotten to know Mitch Rapp better. I feel like I barely know him, even after seeing the movie.

I wasn’t really sold on Dylan O’Brien as the main lead. Just wasn’t anything special about him, and any actor could have done the role. I think my main problem with him is he looks too young. They made him have this bushy beard early on and still felt like he looked too young. Taylor Kitsch and Dylan O’Brien kind of look like each other too, so it felt weird when they were fighting each other at the end. I actually was thinking Taylor would have been better in the role of Mitch Rapp instead. Perhaps it was the material that Dylan has to work with, but I don’t know, he was okay but I could have thought of a bunch of people to pick over him. Taylor’s character was a bit weak and didn’t really get why he was doing what he was doing. The plot was a bit muddled at times. Michael Keaton did all the Michael Keaton things that makes him great. If you want to see him bite off an ear, you’re in for a treat! No pun intended.

The Blu-Ray contains a bunch of extras like a Q&A at the Alamo Drafthouse with Dylan O’Brien and Taylor Kitsch, a featurette on the many attempts to bring American Assassin to the big screen, finding the right Mitch Rapp, and some other stuff. I liked the featurette on the locations since they filmed in Rome, London and Thailand.

American Assassin is a decent thriller but I do have some issues with it. It’s something to put on if you like spy thrillers or Michael Keaton. I wouldn’t be opposed to a sequel but would hope the plot and villain would have to be stronger. Fleshing out the main characters like Mitch and Stan more would be beneficial as well.