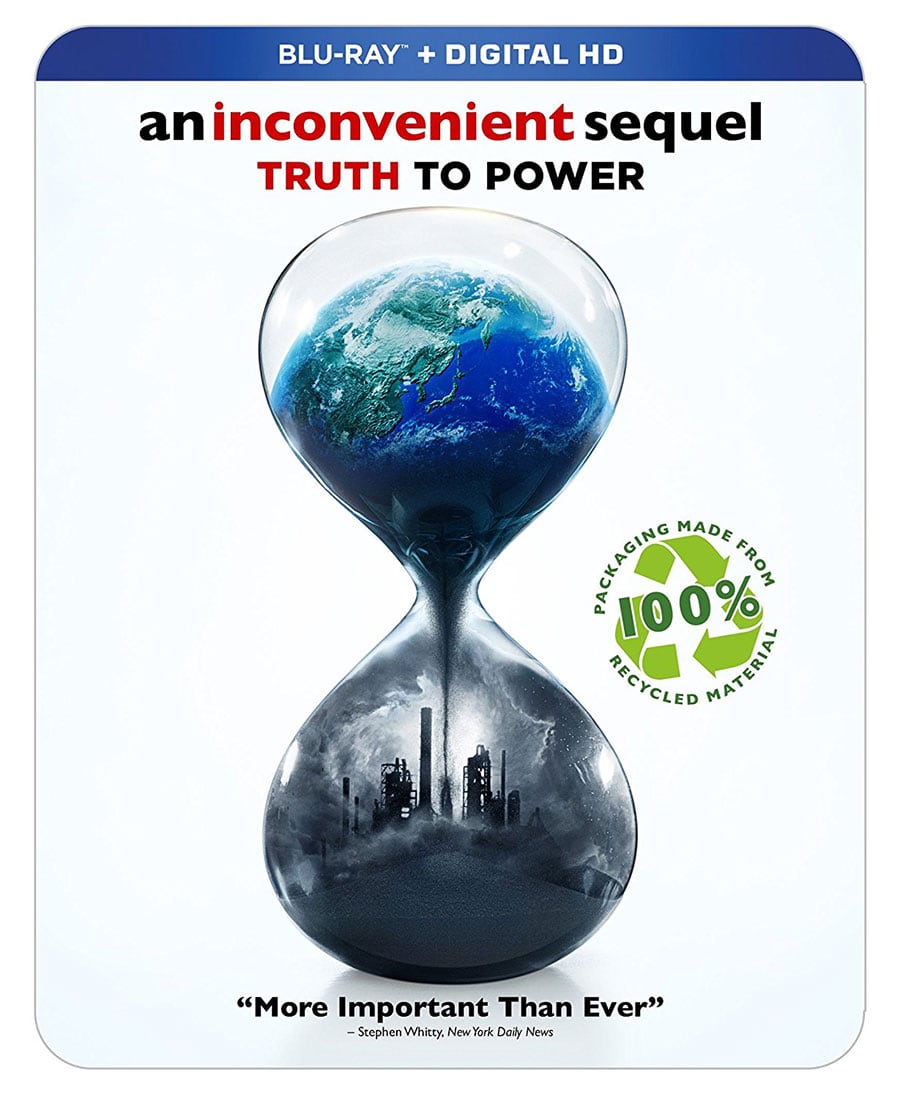 I’m sure Al Gore didn’t have another documentary in mind 10 years ago, but here we are with An Inconvenient Sequel: Truth To Power. I haven’t seen An Inconvenient Truth but figured I could still watch this. While this documentary provides a lot of info about the current climate crisis, not sure it provides the same impact as the first movie.

10 years later, Al Gore is still very much the leader in trying to raise awareness on the climate crisis in our world. The documentary follows him around, as he travels the globe teaching about climate change and trying to influence international leaders about it. At one point, Gore is in Paris for the Paris Climate Agreement and that tragic terrorist attack happened. There is lots of behind the scenes of Al Gore going over his speeches and just traveling the world telling everyone to embrace renewable energy.

Not sure why I never saw An Inconvenient Truth but just never got around to it. I pretty much got the jist of it just from the news. I felt like seeing this one though because was curious to see what Al Gore would be saying 10 years about it. I think countries have definitely improved because of what he has doing; unfortunately our current administration decided to send us back to the 1950s on several fronts. Of course, the other side of the political spectrum think this is all just bullshit, but they are morons so let’s not even get into that.

Here’s a perfect example of climate change from me personally. I used to play ice hockey on the ponds in the 80s through 00s from November until about March or April. It was just colder then. Now, I don’t even think kids can get a full month of pond hockey in Hudson Valley, New York area. Last February, usually the coldest month of Winter, it was in the friggin’ 60s! So yeah, I’m a believer in climate change.

With that said, I don’t really think the movie does a good enough job of telling us anything new per say. The sequel feels more like a documentary about Al Gore and him giving speeches about the climate crisis than actually displaying new info about climate change. We see him walking around flooded streets, in Paris, talking with other world leaders, and he even ventures down to Texas to talk with mayor who changed the city’s infrastructure. I think the movie could have benefited from showing more cases like this where things have changed for the better.

I liked the movie and learned some things, I just don’t think this will make climate deniers into believers. This is probably more for people that have seen the first movie, believe global warming in the world’s biggest issue and wanted to get an updated look at what Al Gore and others are trying to do to help us prevent it. The Blu-Ray came with environmental friendly packaging, which is pretty much a cardboard casing instead of the plastic. It has a couple of featurettes, as well a digital code. An Inconvenient Sequel: Truth To Power is a good documentary and a decent follow-up to the first movie, it’s just doesn’t offer too much new.