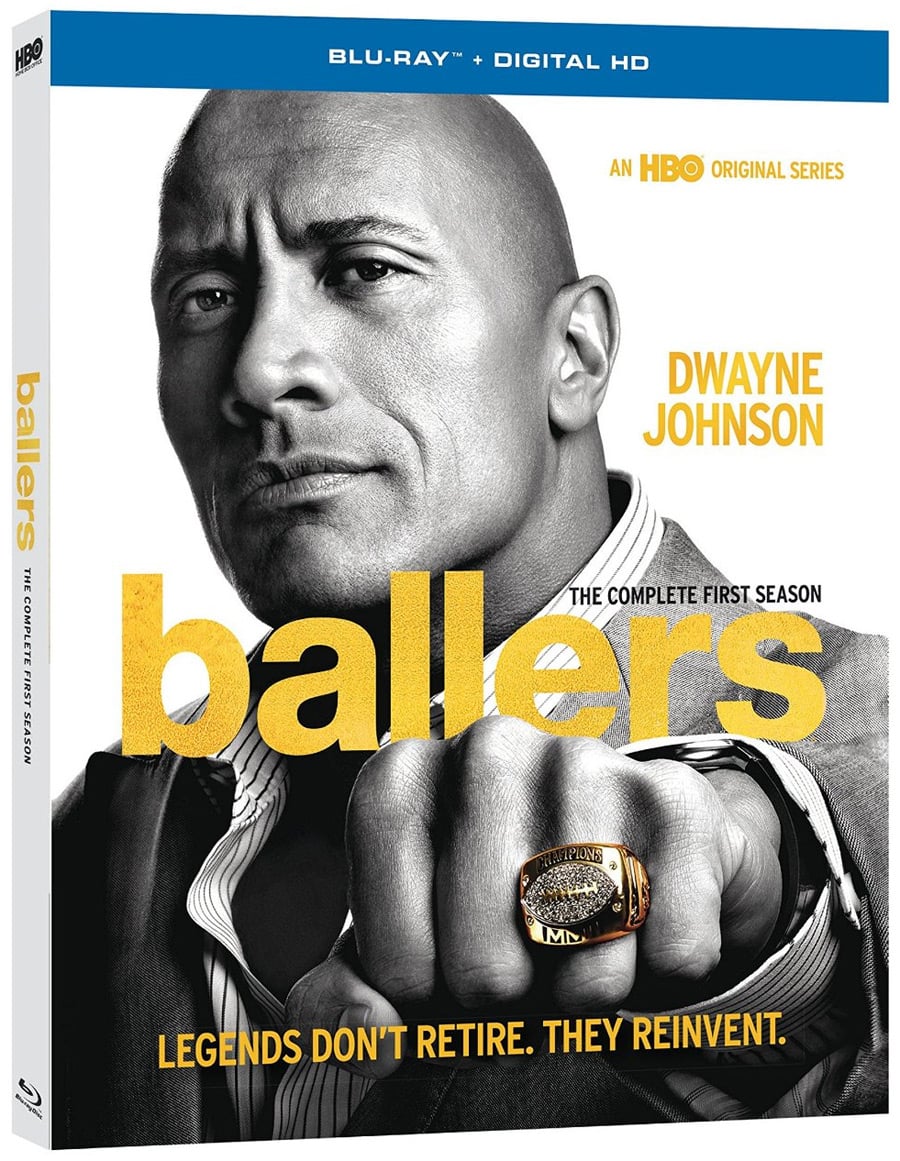 Ballers is a perfect show to watch during the Summer time. It’s basically Entourage with football, set in Miami. Plus it stars Dwayne Johnson who can charm the pants off anyone. It’s certainly not for everybody but I like it.

The show follows former and current football players around Miami. One former superstar player, Spencer Strasmore (Dwayne Johnson) is trying to make it as a financial manager, and mentor younger players as well. Along with Spencer, is his buddy Joe (Rob Corddry) who’s a financial advisor at Anderson Financial. They are trying to get a football star Vernon (Donovan W. Carter) signed to a new deal with his agent (Troy Garity). His childhood friend is a thorn in everybody’s side though. Spencer’s buddy & player Ricky Jerret (John David Washington) gets traded after a fight in a club and has to start from scratch with a new team. Another one of Spencer’s friends Charles (Omar Benson Miller) and old teammate is now retired and having a rough go at being a blue-collar kind of guy. Like with most sports, a lot of crap goes on behind the scenes and it’s up to Spencer and others to put out fires.

I watched Ballers when it originally aired and it was a fun show. The other show that aired after Ballers, The Brink, was a good show as well. Sadly that got canceled. A lot of the stuff on the show was entertaining, it’s fun to watch all the stuff happening behind the scenes. Dwayne Johnson has so much charisma that it’s hard to dislike him. Rob Corddry is the comic relief, but there’s a lot of hijinks from John David Washington’s Ricky Jerret and Omar Miller’s Charles. I didn’t know until the season was over that Washington was Denzel’s son. He looks and certainly talks like him but I’m surprised I never put the two together. I liked the character played by Troy Garity. I particularly loved the episode where his mom is dating a guy younger than him. It made for some hilarious scenes.

If you think this is a pure football show, it’s not. About the extent of sports you see is people practicing a little. Other than that, it’s all the stuff that happens behind the scenes and I like that. I would like them to branch out from football though. It’s not the only sport in Florida and would be interesting to see how Spencer can handle hockey, golf or baseball players. I can see them sticking with football since Spencer was a former football player and some of the main characters are playing. Also, the show is called Ballers. Ok so forget what I said, it’s about football. For the most part, I love the show and a half hour is all you really need. No need to draw things out and the fact there is only 10 episodes makes a lot of episodes stronger. There’s no duds in here.

The Blu-Ray looked great when watching of course, and it has all the HBO’s Inside the Episodes. Since I already saw them on YouTube, I didn’t watch them on the Blu-Ray.

Ballers is not for everybody but it depends on what you think of the cast and if you like football or not. I don’t particularly like football but don’t mind football movies and shows. Plus I have to watch everything that has Dwayne Johnson in it.

– Inside the Episodes with Executive producer Evan Riley along with Ballers cast members Dwayne Johnson, John David Washington and more!

Bottom Line: A fun show about the behind the scenes in football
Rating: NR
Extras Rating:
Overall Rating: