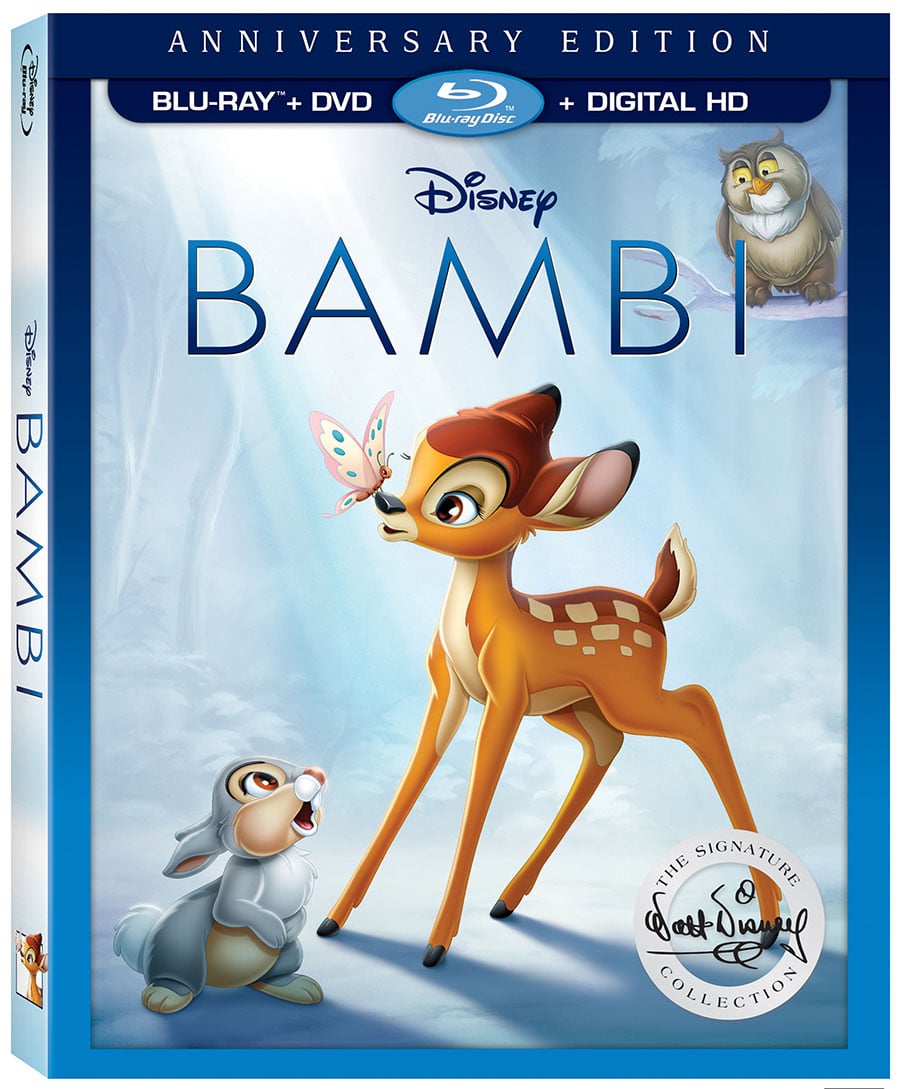 Bambi was released on Blu-Ray in 2011 but this year it’s celebrating it’s 75th anniversary! If you don’t own Bambi on Blu-Ray or Digital HD, now’s a good time to pick up a copy or buy in HD before it goes back into the Disney Vault!

You can read my review of the old Blu-Ray where I discuss plot, but pretty much it’s just the life of a cute deer named Bambi who has to grow up fast after his Mother is killed. The film is one of Disney’s best and a masterpiece in animation as well as storytelling. The Blu-Ray enhances the old 2D, traditional animation and you can see the animators’ details. Some might not like that but I do. What’s different about Bambi with the rest of the Disney films is there’s very little dialogue…well if you count Fantasia. There’s dialogue but not a whole lot of it. The animation is a bit different at times with the backgrounds, it being down in layers. It also set the precedence in trying to make the animals more realistic than what Disney did in the past.

The special features include a quick recording of Walt Disney talking about the movie, deleted scenes in storyboard form, and other little featurettes. It was cool to hear Walt Disney talking about the movie in those recordings. He talked about wanting to see how all the little thing in nature were in animated form like water dripping/rain, snow, fire and they created techniques just specific to the movie.

I’m not sure this was really necessary to release this again on Blu-Ray but it’s the Disney way to release something, vault it and then re-release it either on a new format or with new features. It is the 75th anniversary after all. This one has new features as well as a Digital HD copy (Disney Movies Anywhere app) which will seem appealing for lovers of the classic film. If you don’t already own Bambi on Blu-Ray, then get this if not, not sure it’s worth the upgrade.