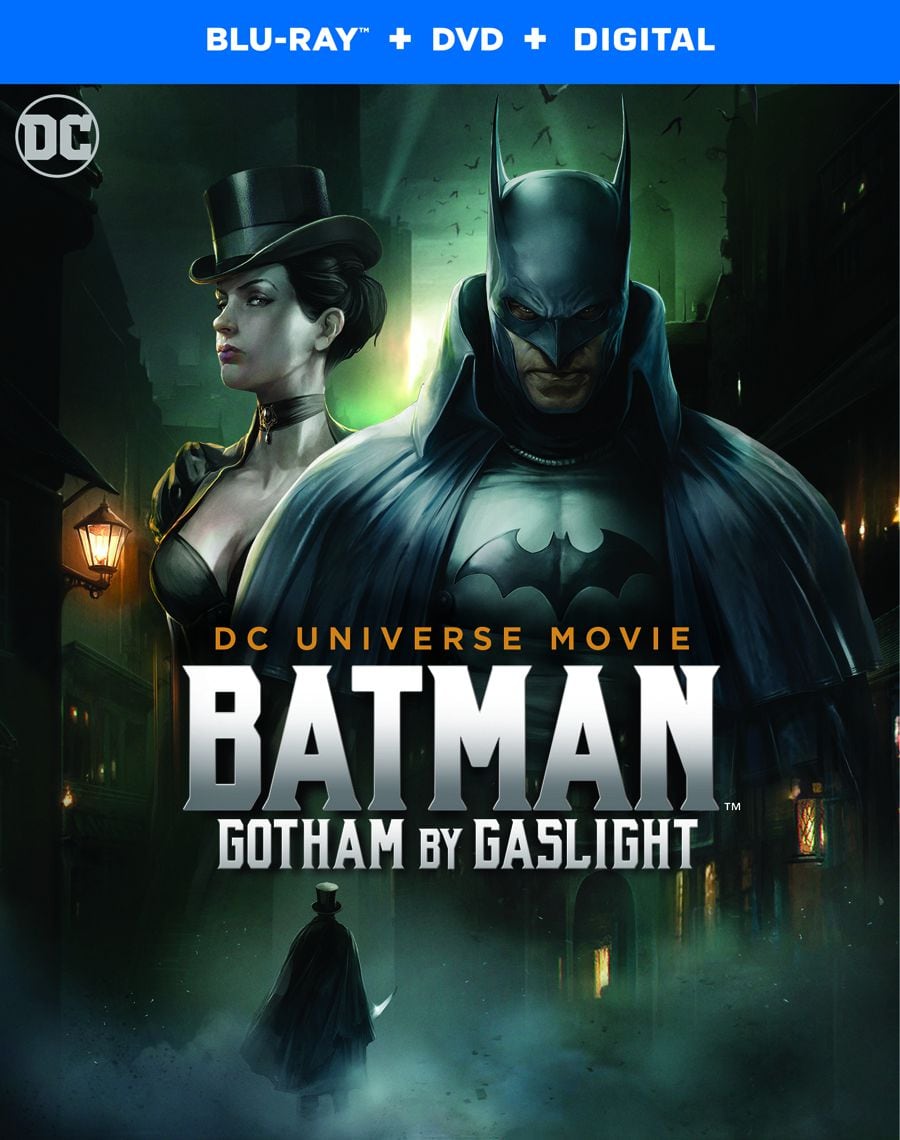 A serial killer by the name of Jack the Ripper stalks the streets of turn-of-the-century Gotham City in this “Elseworlds”-inspired animated movie based off of the graphic novel by Mike Mignola and Brian Augustyn.

Having been considered the very first DC Comics “Elseworlds” or alternate universe comic book “Gotham By Gaslight” set the precedence for the multitude of tales that followed in the DC universe. It is also one of the most applauded Batman stories out there. There may not have been tales such as “Superman: Red Son”, “Batman: Red Rain” and “Kingdom Come” without the far-reaching impact that something as cool as steampunk Batman facing a revamped Jack the Ripper had on up-an-comic comic book artists and writers at the time.

“Batman: Gotham By Gaslight” takes what it has to from the original graphic novel and expands upon that universe by introducing Bat-verse characters such as Selina Kyle and Poison Ivy which never appeared in the original book. This follows suit with the story for it is almost entirely different than that of the graphic novel. If you’ve read the comic book beforehand then you will undoubtedly be surprised with the reveal of Jack the Ripper in the movie. That’s not to say that the movie is so drastically different that you wouldn’t recognize it. That’s not the case at all. It absolutely still has the dark and moody feel of turn-of-the-century London/Gotham City complete with the steampunk influences that were prominent in the original comic…as well as quite a few tributes to the artwork style of Mike Mignola.

Taking a 30-something page story and stretching it out into a 78 minute movie was most certainly a daunting task and I feel that the production team did a great job in pacing the story and naturally incorporating new elements to make it feel fresh yet familiar. As a viewer and someone familiar with the source material, you don’t want to be watching the comic come to life page by page to the extent that you know every last panel and line of dialog. You want to be surprised and this incarnation of “Gotham By Gaslight” brought that to the table in droves. Although, I was disappointed with the Jack the Ripper reveal for personal reasons, it was a great change of pace and something very unexpected.

While this is usually not the case with previous DC animated films, I found that the voicework for this movie was not up to par with past releases. I don’t know if it was the awkward insertion of some Victorian-era dialog mixed in with more modern dialog or that there didn’t seem to be a standout talent as a focal point but most of the voicework all seemed to blend together and was somewhat forgettable.

Whether you’ve been a fan of the “Gotham By Gaslight” graphic novel, a Batman maniac, a loyal follower of the DC animated films or new to the world of DC animation…”Batman: Gotham By Gaslight” is a must have. With a light R rating it’s definitely not for the kiddos but it’s a great mix of the worlds of Batman/Bruce Wayne and Sherlock Holmes. The setting is one of the most unique combinations in the world of comic books, the antagonist is a stylized version of the real life Jack the Ripper and it invokes both the brains and the brawn of Batman and when that happens, the character is at his greatest. The ending of the story also leaves open the possibility to see a fresh new tale told specifically for the DC animated universe and that is something that I can telegraph home about!

Own it now on Digital or February 6 on Blu-Ray!

Bottom Line: Batman vs Jack the Ripper in a Victorian-era Gotham City with a shocking reveal and the possibility for more stories in this universe? Sign me up please!
Running Time: 78 Mins
Rating: R
Extras Rating:
Overall Rating: