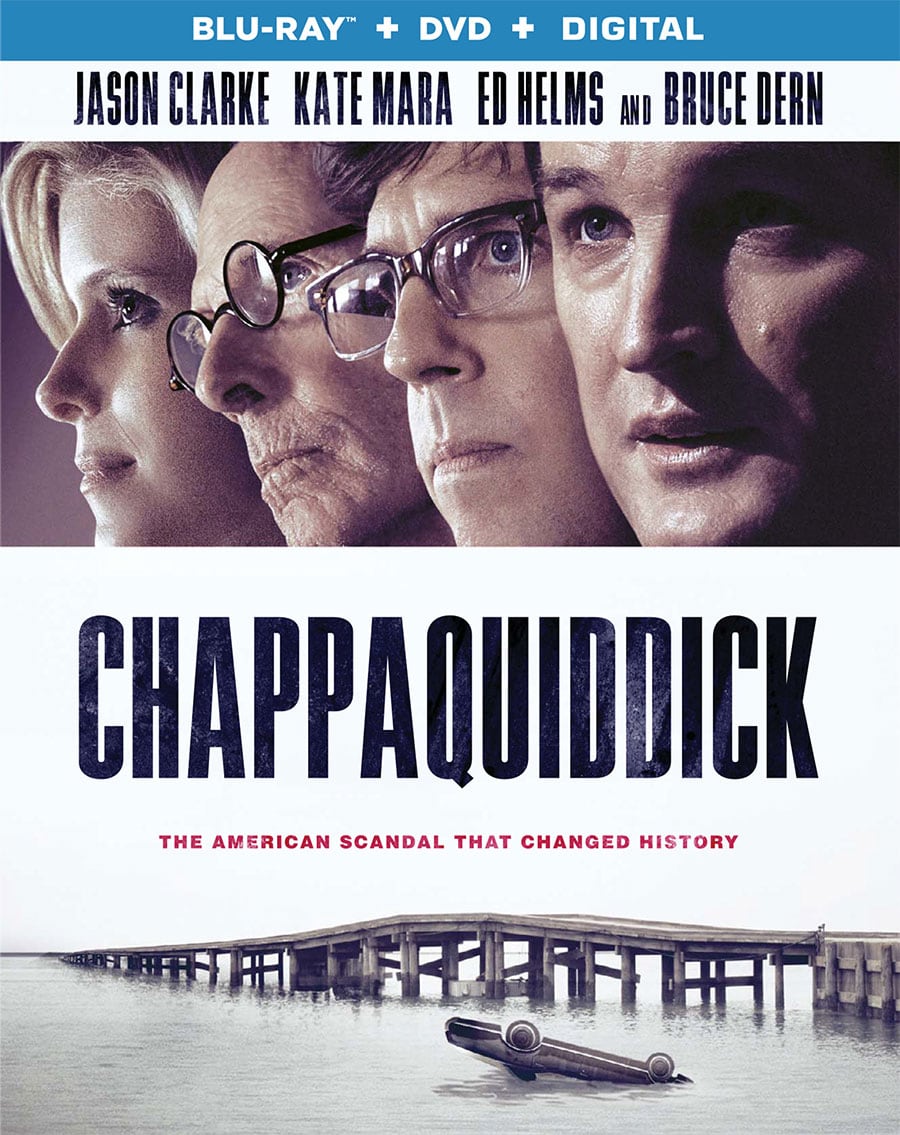 This movie wasn’t on my radar when it originally was released but it’s an interesting drama about a tragic incident that involved Ted Kennedy. I’m sure this movie is a conservative’s wet dream but liberals should definitely check it out as well.

In 1969, Senator Ted Kennedy (Jason Clarke) meets with his cousin Joe Gargan (Ed Helms) and US Attorney General for Massachusetts Paul Markham (Jim Gaffigan) for a sail race. After the race, they all go to a nearby cabin on the island to party with the “Boiler Room Girls.” After drinking at the party, Ted leaves with Mary Jo Kopechne (Kate Mara) in the car. After seeing a policeman, Ted drives erratically away and ends up going down the wrong way and crashes into the pond. He flees the scene of the crime and after that, things get even more complex and risky for Ted Kennedy.

For whatever reason, I never knew the story to this and always wondered why Ted Kennedy wasn’t President. I never really read much up on him except that he was doing good work in the senate, which kind of makes this tough to watch if you’re a fan of his. The movie focuses on what happens, but kind of let’s the audience decide on how they feel about him and what happened. They do leave some questions unanswered because only a handful of people really knew what went down. Judging by what Ted did, he could have went to prison for drinking and driving and involuntary manslaughter or whatever. Like with most things in politics, there was a cover-up to protect Teddy and the Kennedy name with getting even more drama in the news. Their legal team carefully plotted releasing the news around the moon landing so it wouldn’t front page news. It’s clever but like with all politics, so fucking slimey. Ted’s actions right after the accident is mind boggling to me and highly questionable. Like, a woman’s died and all he cares about is he’s not going to be president and dragging the family name in the mud even more. It’s an interesting drama and apart of history so I think people should see this, on both sides of the aisle.

I thought Jason Clarke did an outstanding job as Ted Kennedy. Looked like him for the most part and didn’t do some caricature Mayor Quimby accent. It was weird seeing Ed Helms and Jim Gaffigan in a drama but I liked their characters in it though. Bruce Dern didn’t do much but when he was on the screen for a few seconds, his presence was known. Kate Mara obviously wasn’t in the movie long but I kind of wish we got to know the character more. The film was shot well and so was the story. I didn’t have any issues with that stuff at all. I guess some people might find the film obviously predictable since they know the outcome of it. For people like me who didn’t know the story, you might find it more interesting. Either way, it’s interesting to see how certain characters got from point A to point B.

The Blu-Ray offers up 2 featurettes, one on the making of the movie and another with the editor of the movie. The Revisiting Chappaquiddick one was good because the cast & crew talk about Ted and his actions. A lot seem to think the movie isn’t some hatchet job against him or a movie that praises him either. Ed Helms had a lot of interesting things to say about the production, the story and things like that as well. Worth watching that one after the movie.

Chappaquiddick is an intriguing, historical political drama with some good performances. It won’t win any awards or anything like that but it’s still worth watching if you like politics or know this story.

Features:
A Reckoning: Revisiting Chappaquiddick
Bridge to the Past: Editing the Film