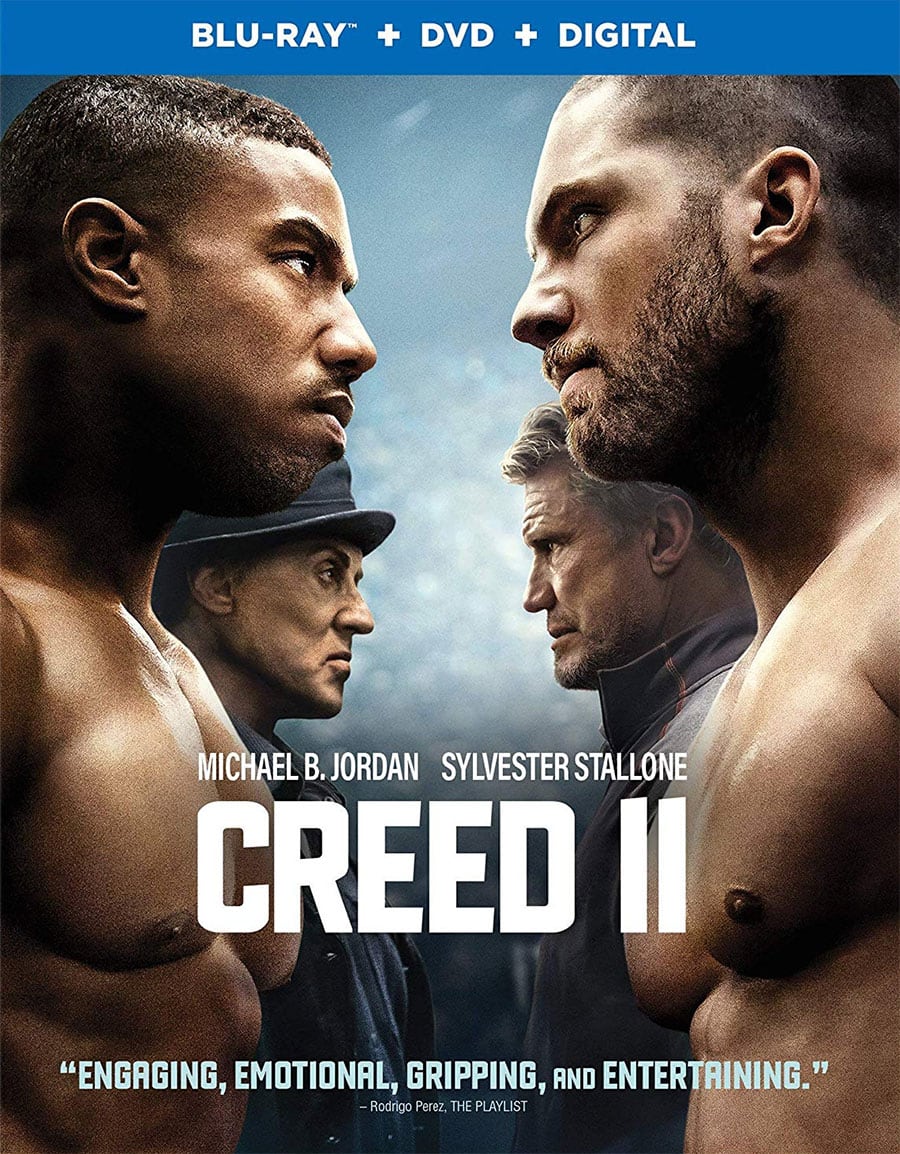 Creed II is a really good movie that ties in Rocky IV and of course Creed 1. While I enjoyed this movie a lot, I still thought Creed was a better movie.

The movie takes place 3 years after the events of the first movie. Adonis “Donnie” Creed (Michael B. Jordan) has won a bunch of boxing victories to secure the Heavyweight Championship. Over in the Ukraine, Rocky’s (Sylvester Stallone) old foe Ivan Drago (Dolph Lundgren) has been training his son Viktor (Florian “Big Nasty” Munteanu) and they get an offer to fight Creed from a promoter. Knowing what Ivan Drago has done to Creed’s Father, Rocky doesn’t want to help Donnie take on Viktor which causes tension between Rocky and Creed. Creed wants to prove himself as a boxer, confront his old demons and get some revenge for his Father’s death.

Creed surprised me with how good it was when it originally came out. Ryan Coogler did an awesome job, I can see why he was picked to do Black Panther. With Creed II, I love the premise of Drago’s son and Creed’s son fighting it out. The chemistry between Michael B. Jordan and Sly is strong and makes the movies better that way. I think the movies would be okay without the Rocky character in them but having him in it, makes it better in my opinion. Feels like sequels but separate at the same time. The ending of the movie certainly seems like Rocky won’t be in any more sequels.

The fight scenes were fun and intense to watch, particularly with Viktor and Creed going at it. I was surprised to see that this movie wasn’t just about one big fight at the end, there’s more to it. After one event happens, it seemed predictable what was going to happen next though. You can’t help but get pumped up and emotional when that classic Rocky theme comes on. For both movies, it’s used only once at the end but when it comes out, it makes my hair stand up. It’s just one of those themes that is special like that.

The side story of Creed and Bianca having a baby who has hearing issues was realistic and added some drama to the story. I also liked stuff with the Dragos and their desire to win at boxing again. In a way, I kind of wish we just had a movie about these two, from their side of things. I guess there can always be a spin-off/sequel. For the overall movie though, I think some of the pacing is off and some things are predictable. The ending also felt anti-climatic in a way. Even with my complaints about the movie, I still thought it was great but just not as good as Creed 1.

Creed II should make Creed 1 and Rocky fans happy with the tie-in with Rocky IV, plus it’s just a good movie with some minor flaws. The movie doesn’t pack the emotional punch like the first movie did but there’s still plenty of drama and intense boxing scenes to get the casual viewer entertained.