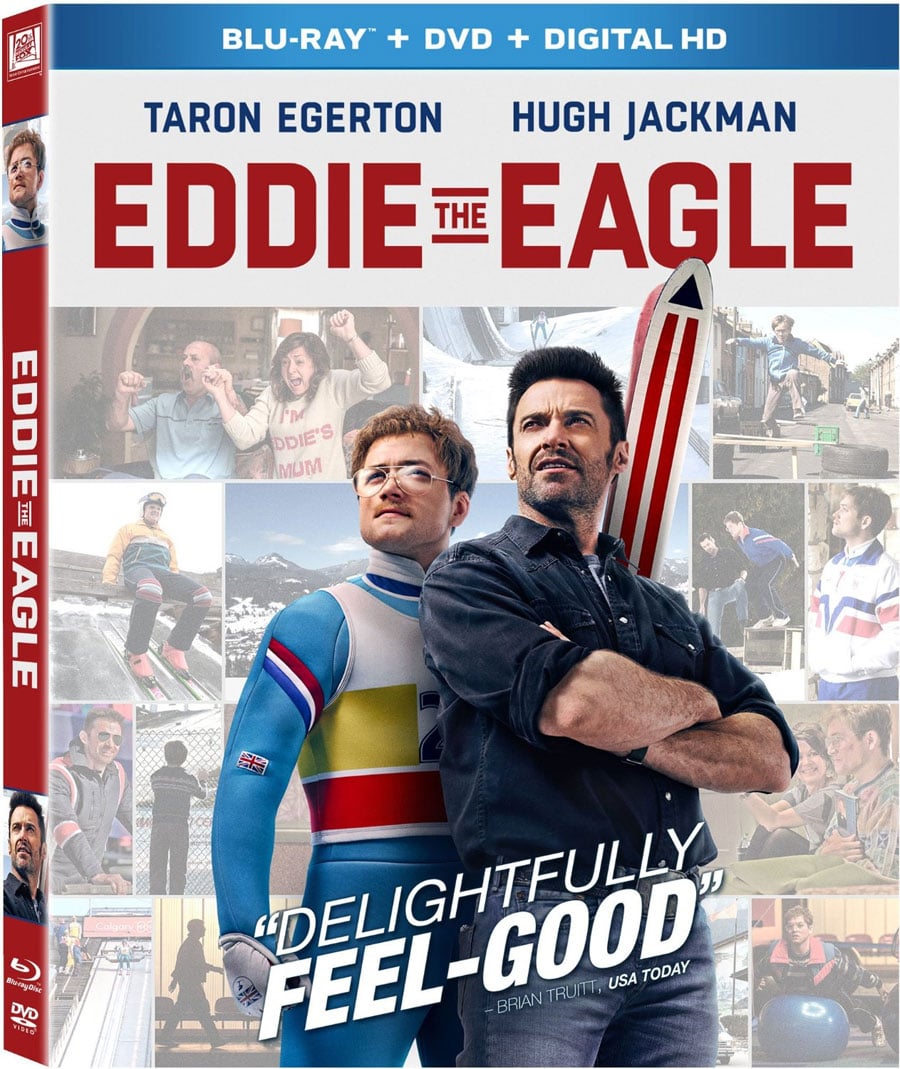 
The movie is about Eddie “The Eagle” Edwards (Taron Egerton) who always had the goal of competing in the Olympics. Even as a young kid, he’s always wanted to be in the Olympics. While he originally wants to participate in the Summer Olympics, he choses ski jumping instead. Britain haven’t competed in that event in 6 decades. He goes to Germany to train with the best but of course gets belittle by other teams. A former ski jumper and alcoholic snow groomer Bronson Peary (Hugh Jackman) reluctantly decides to train him for the Olympics.

I had no expectations going into this movie. It looked okay in the trailers but wasn’t something I was going to make an effort to see in theaters. I had no idea who Eddie The Eagle was and what he had done (or hadn’t done). I just knew it had Taron Egerton from Kingsman with really bad glasses and Hugh Jackman in it. It’s the 80s, how come Hugh Jackman doesn’t have a mullet again or was one movie (Chappie) too much? Taron was good, and the people that made him did a good job with making him look like Eddie Edwards. The movie doesn’t take itself too seriously and doesn’t hit you over the head too much with the feel-goodiness.

I loved Dexter Fletcher in Lock, Stock and 2 Smoking Barrels and of course Band of Brothers, but didn’t know he directed this until after seeing the movie. I thought he did a great job with the material. The movie was light-hearted and enjoyable. I got a kick out of the ultra-80s sounding score of the movie as well. It really made you feel like you were in that decade again.

The Blu-Ray special features include “Let the Games Begin: Soaring with Eddie the Eagle” is a set of videos showing interviews, behind the scenes footage and other stuff like that. It’s about 45 minutes long and worth watching if you like the movie. Other than that, there’s gallery (meh) and a trailer (meh). So the one big featurette is the only sell of the extras.

If you like Rudy, Cool Runnings and other sport movies like that, you’ll enjoy Eddie The Eagle. Not everybody knows who he is, so this gives you an idea what he went through to get to the ‘88 Olympics.

– Let the Games Begin: Soaring with Eddie the Eagle
– All or Nothing: The Hero’s Heart
– An Unlikely Friendship: Eddie & Peary
– Attitude is Altitude: Filming the Ski Jumps
– Gallery