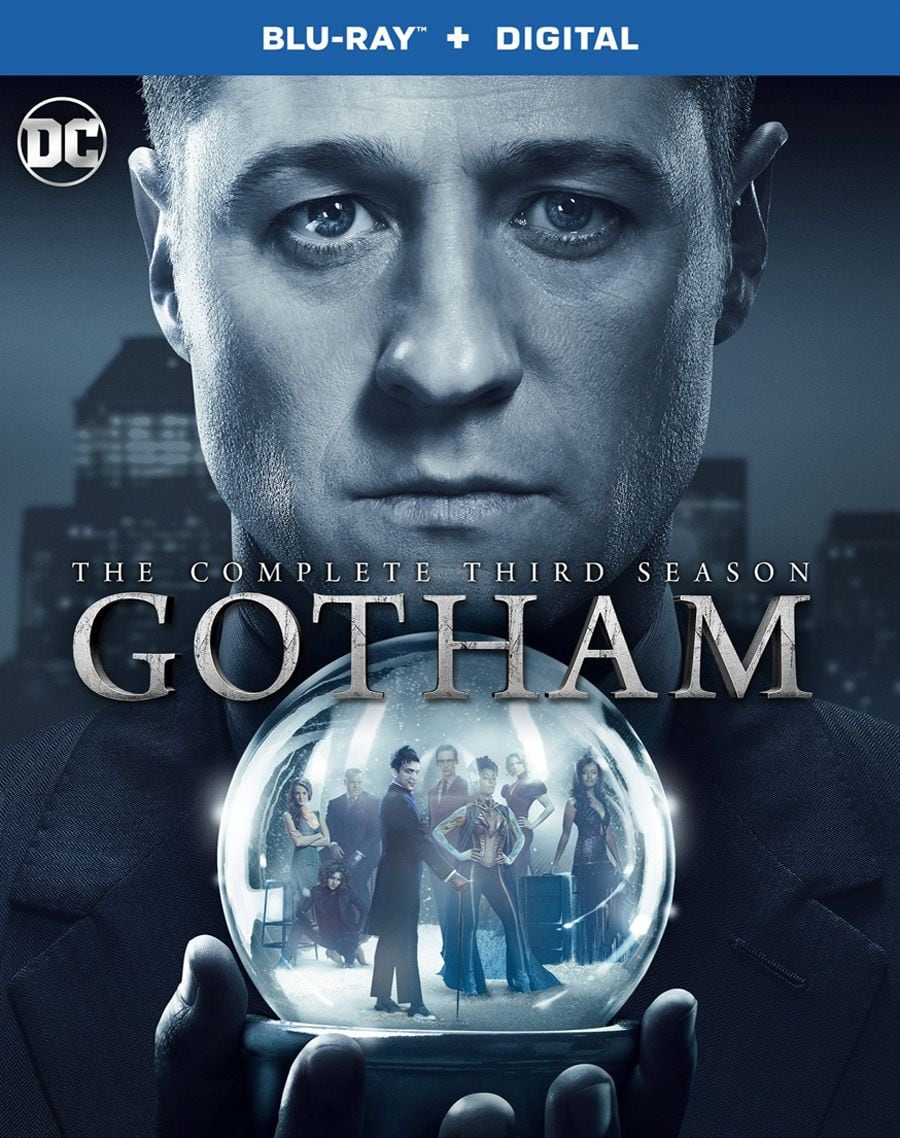 The villains have taken over and there isn’t anyone left to stop them. While Jim Gordon plays the part of Boba Fett and works for bounties on escaped Indian Hill subjects, Gotham is ripe for the picking and all of the monsters are crawling out from the shadows.

I really used to like “Gotham”…I truly did. I would try to sway my friends to check out the show about Batman that would never have Batman in it. The first season was great. It established a young Jim Gordon as a dauntless, go-getter that would do what was right no matter how corrupt everyone else around him was. That was the Jim Gordon that I knew and loved from the comic books and movies. Somewhere along the line though, Jim Gordon became as dark as the darkest of Batman villains. He made decisions that were unforgivable and his actions were not befitting of the greatest man in Gotham City. “Gotham” is a show about Jim Gordon going up against the depravity and insanity of a Gotham City that doesn’t have a Batman to balance things out. When you can no longer root for the main character there’s not much left to do but laugh out loud at the tidal wave of villains that he’s no better than.

Season 3 picks up after Jim Gordon leaves the GCPD for the fifteenth time to become a bounty hunter for large sums of cash hand over first. After the second season tried to cram in as many flavor-of-the-week, made for TV Batman villains, the third season tried to give them all over-arching storylines while also introducing one of the greatest Batman creations of this century…the Court of Owls. For the most part neither of those worked out well for the show. Stories involving the Penguin seeking revenge on someone, Edward Nigma killing people because he’s smart and spited turned jilted evil ex-lovers wanting to torment Jim Gordon for whatever reason seem to be on an endless loop. Nothing felt new and interesting except possibly for the return of Jerome/NotJoker/Joker. The Court of Owls storyline felt like another re-tread of the evil corporate board members of Wayne Enterprises who are evil and must do evil things for evil reasons because…EVIL!

One of the flaws of serialized television shows nowadays is that a full season is usually 22-23 episodes long. There are also a couple of abbreviated breaks over the course of a full season but it could take upwards of 6 or 7 months to get through from the first to last episode. Shows like “Gotham” and most of the CW Arrowverse shows like to keep the same overall story running the entire time. You are supposed to remember what one person said on the show 6 months earlier that will eventually be a major clue for a plot reveal in episode 19. Episodes feel repetitive and bogged down since the writers are set on where they’re going for the story but they have to stretch out the plot for 8 more episodes to fill the show’s quota instead of just telling a good story in X-amount of episodes. “Gotham” tried to mimic what Marvel’s “Agents of SHIELD” did by splitting up the season into various smaller story arcs but there wasn’t anything that stuck to differentiate these various story arcs. It could have been the timing of the breaks, it could have been production issues or it could have just been the poor and somewhat lazy writing.

While I have always been a fan of the classic comic book version of Jim Gordon and of Batman’s rogues’ gallery which is arguably the best in all of comic book lore, both of those subjects have been watered down, mishandled and disappointing. One would think that it would take a lot to make Batman enemies like the Penguin, Poison Ivy and the Riddler uninteresting but “Gotham” does a fine job of making those villains as interesting as a clump of grass. Jim Gordon is shoe-horned into the role of Batman before there was Batman all the while managing to be one of the most unlikeable assholes on the show. In all honesty I would be happy seeing Jim Gordon disappear for a while and having the show focus on Harvey Bullock…complete with his love of drinking, fighting and prostitutes. He’s still more morally sound and interesting than Bat-Gordon will ever be. The same can be said of the Mad Hatter as well, actually. Sad but true.

Bottom Line: What was once an interesting take on the pre-Batman days of Gotham City that focused on an up-and-coming, steel-willed Jim Gordon has reverted to a confusing mess full of cringe-worthy moments and “villain of the week” one-offs that makes Batman’s rogues gallery look like angels when compared to the main character. Much like an 80’s slasher flick, you’ll find yourself rooting for the villains to just win and be done with it.
Running Time: 957 Mins
Rating: Not Rated
Extras Rating:
Overall Rating: