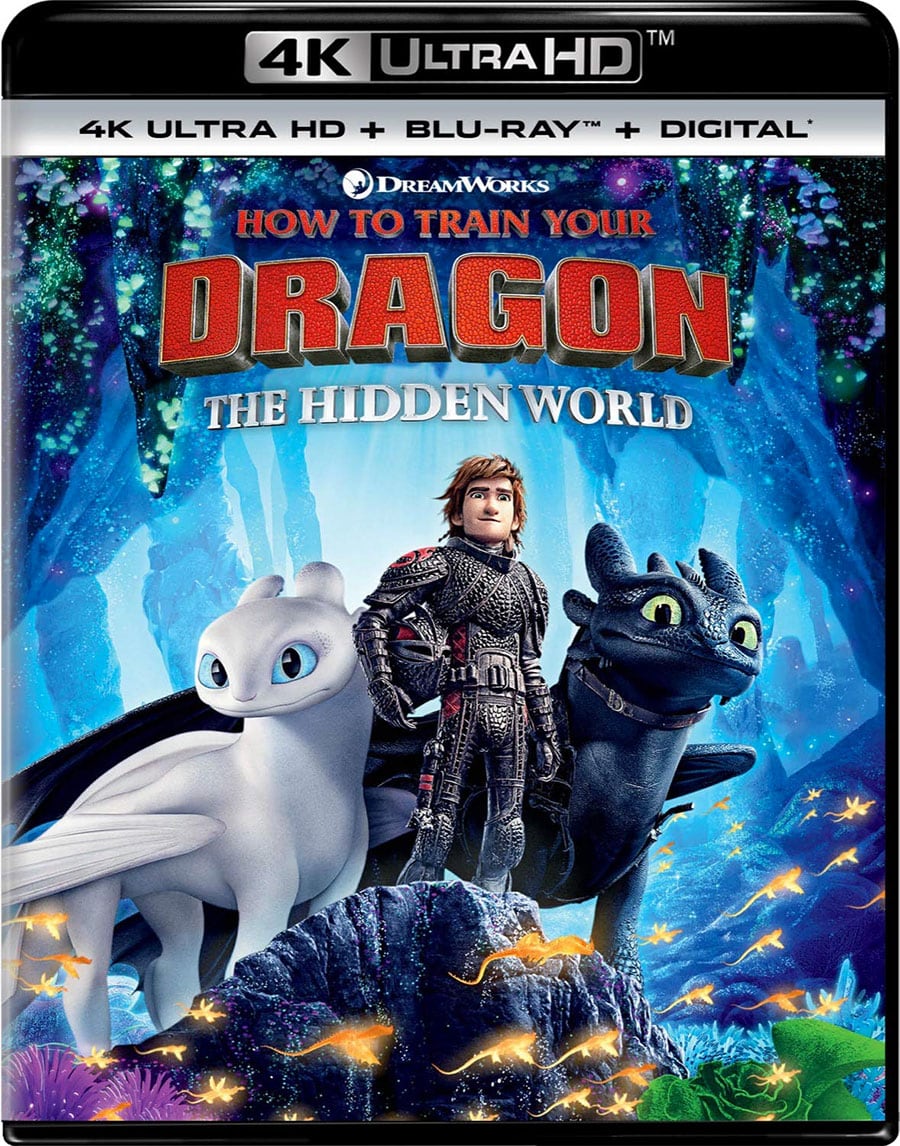 The How to Train Your Dragon trilogy has concluded and I think fans of the animated movies will be happy with the way things went. The Hidden World is an entertaining, sweet and satisfying conclusion to the franchise.

The movie takes place a year after the 2nd movie, and Hiccup (Jay Baruchel), his fiancee Astrid (America Ferrera) his Mom Valka (Cate Blanchett) and the rest of the clan continue to rescue dragons from bad people. After Berk begins getting overcrowded with dragons and humans, Hiccup wants to bring all the dragons to the “hidden world,” the place his dad talked about to him as a child. Dragon hunter Grimmel the Grisly (F. Murray Abraham) declares to Hiccup, he has hunted down the night furies and plans to go after Toothless and the remaining dragons as well. Hiccup has to overcome that, as well as having a life without Toothless as the dragon begins to find love and be free.

I really liked the first How To Train Your Dragon. The movie was really cute, fun, the cast was great and it also had an excellent score from John Powell too. I never saw the sequel so I made an effort to see that before seeing the final movie in this trilogy. I really liked the second movie and thought The Hidden World was a great conclusion too. I say conclusion lightly because no way Universal keeps this franchise from going away. They already have a show but I could see them exploring something down the line with new characters, actors, etc. It’s such fun fantasy movies that parents and kids can both enjoy.

The third movie, like the other two, provides laughs, entertainment, action, amazing animation, and unique stories. You can see why people like these movies. They are based on the books by Cressida Cowell, which I didn’t know they were based on anything. The story was somewhat predictable on what would happen with Toothless when he met the female White Fury. It’s still sweet to see and to see these characters grow up.

The one thing I’ve never been crazy about is Jay Baruchel’s voice. I like him as an actor, but I just don’t think he was right for these movies. Maybe the first movie and then changed the voices as they got older? I just couldn’t really take the character too seriously when he’s speaking with Jay’s voice. You know who would have been a good choice, and he’s Scottish too, was Billy Boyd. Never got the notion to have some Scottish doing speaking roles, and then Americans doing other roles. But whatever, kids aren’t paying attention to that crap, just stupid me is.

I mentioned the animation before but has to be mentioned how good it is. I could see the movie being nominated for an Oscar. This movie must have been an animator’s dream with how many unique dragon designs were made. The movie looked great in 4k but honestly, maybe it’s just my TV, but couldn’t really tell the difference between Blu-Ray and 4k UHD. I’m sure someone with a better eye for it can see the difference but either way, looked fine to me. The extras on the disc included a bunch of featurettes like alternate opening, deleted scenes, voice acting featurette, designing the dragons, and loads more. The extras were nice and short for each little segment. I can’t remember if there was a play all option but with all the little featurettes, that would be nice to make things easier. Overall, a lot of interesting tidbits in them and fans of the trilogy should check them out when they are done with the movie.

How To Train Your Dragon: The Hidden World is a fun movie and concludes the journey of Hiccup and Toothless. Some of the things were a bit predictable but I really enjoyed these movies. The movies work for little kids and for parents, which is also the standard for me when picking out movies to watch with my son. I can’t see them ending this franchise with this movie, but I think in a few years, there will be a new take on this world and people will go see it. In the meantime, enjoy this trilogy because it deserves to be seen.