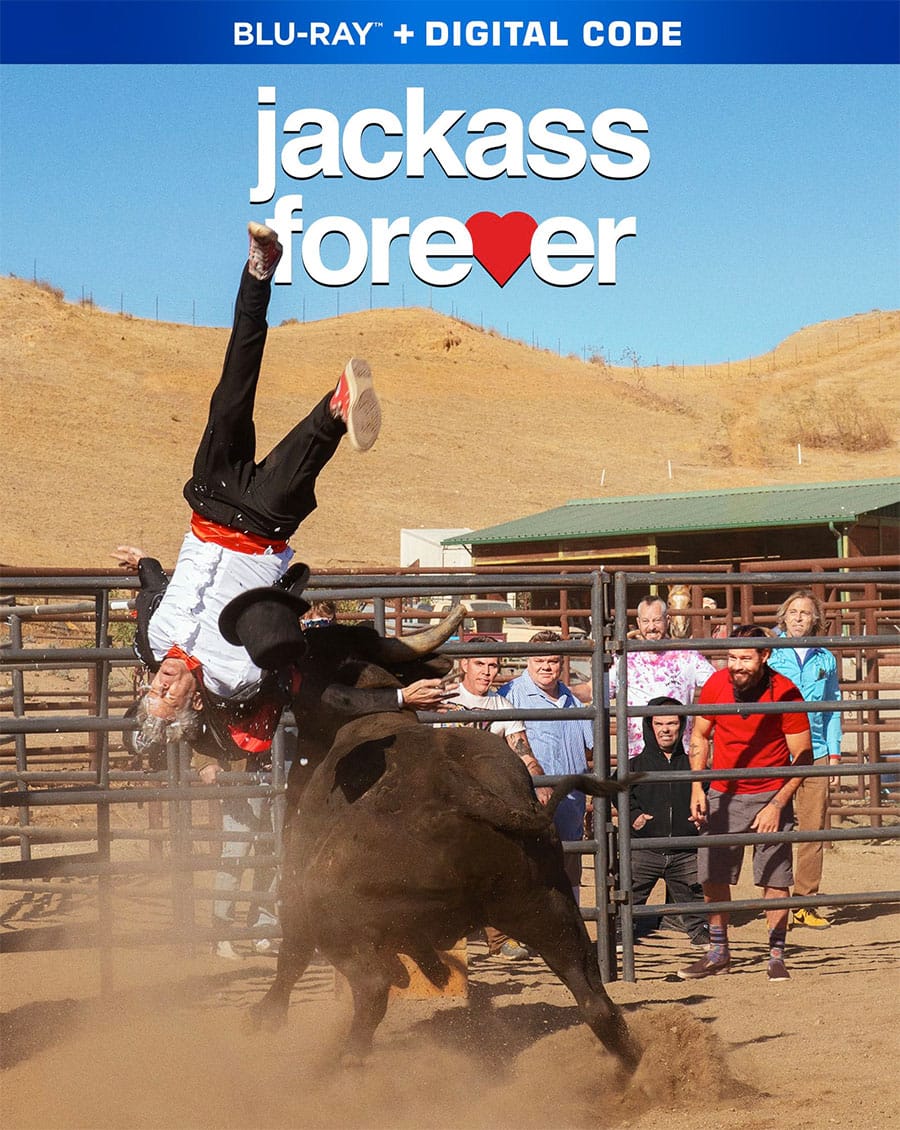 Jackass is back and it was great to laugh and cringe at their stupid antics again. There’s new blood, lots of blood, lots of welts and injuries, lots of ding dongs and ass – fun for the whole family, right?!

I’m assuming by now, you know the previous Jackass movies and TV series so let’s just get into it. The opening sequence pays tribute to kaiju movies, except they aren’t using a man in the suit as the monster. After that, there’s various stunts, animal “tricks,” pranks and other mayhem that will make you laugh your ass off…depending on how much you enjoy something like this. I always liked the stunts, pranks and things like that. I was never a fan of the animal stuff as much. Some of it is ok, other times it’s just too unbearable. No pun intended. The bear stunt was actually one of the funniest stunts they did for this movie though. I’m talking more like snakes, bugs, insects, scorpions. I have to look away from those scenes. Also not a fan of seeing constant franks and beans throughout the movie. I’m sure if the cast of Oz saw this movie, they’d be like – “geez, there’s a lot of dicks in this.”

I like how they did a lot of skateboarding and bike tricks, bringing it back to their roots, so to speak. Great to hear music from Stiff Little Fingers and The Misfits too. Seeing the cast get hurt is what always drew me into Jackass. Like, what will these guys think of next type of feeling? They brought back some old bits like the Cup Test, with some amusing and revolting results. NJ Devils hockey player who most call “Slewfoot,” P.K. Subban, made an appearance where he shot a puck into Ehren. We later found out in the credits, the shot was so hard it dented the cup. The final was pretty amusing which contained drinking milk, spinning, vomiting and then freaking those people out with a pellet gun army.

It felt like the original crew that appeared, were passing the baton to the newcomers which I’m all for. A lot of them did a lot of crazy things, but it still felt like the newcomers did a lot more. Johnny Knoxville didn’t do a ton of things but figures the one thing he did do, he got the most hurt out of anybody…at least documented. At the very end, they did a quick tribute to Ryan Dunn, who died tragically in a car accident. Bam wasn’t there and it’s been well-documented with all the drama leading up to it. I’m hoping he and the Jackass crew can get back together at some point. Seems like he hasn’t been all there since Ryan passed away.

The Jackass Blu-Ray contains just a bunch of deleted/additional scenes. Some have some cast talking about the stunts, why it didn’t work, etc. There were a few other telephone pole stunts in this section, all with different hilarious results. Dark Shark and the Bear was probably my favorite of this bunch too. Dark Shark just doesn’t like dealing with animals, in this case his freakout was warranted. I kind of wish there were more extras on here but happy there were this many additional scenes.

Jackass Forever isn’t obviously for everyone. If you’ve seen any footage of Jackass over the years, you know what you get. If this type of humor is your thing, definitely watch this one. I didn’t think it broke too much ground in terms of new stunts, but that doesn’t mean I didn’t laugh my ass off throughout the movie. Sometimes I couldn’t watch certain scenes, other times I felt like rewinding to watch it again. Either way, I’m looking forward to re-watching this again when I’m down in the dumps and also looking forward to seeing what these Jackases come up with next!