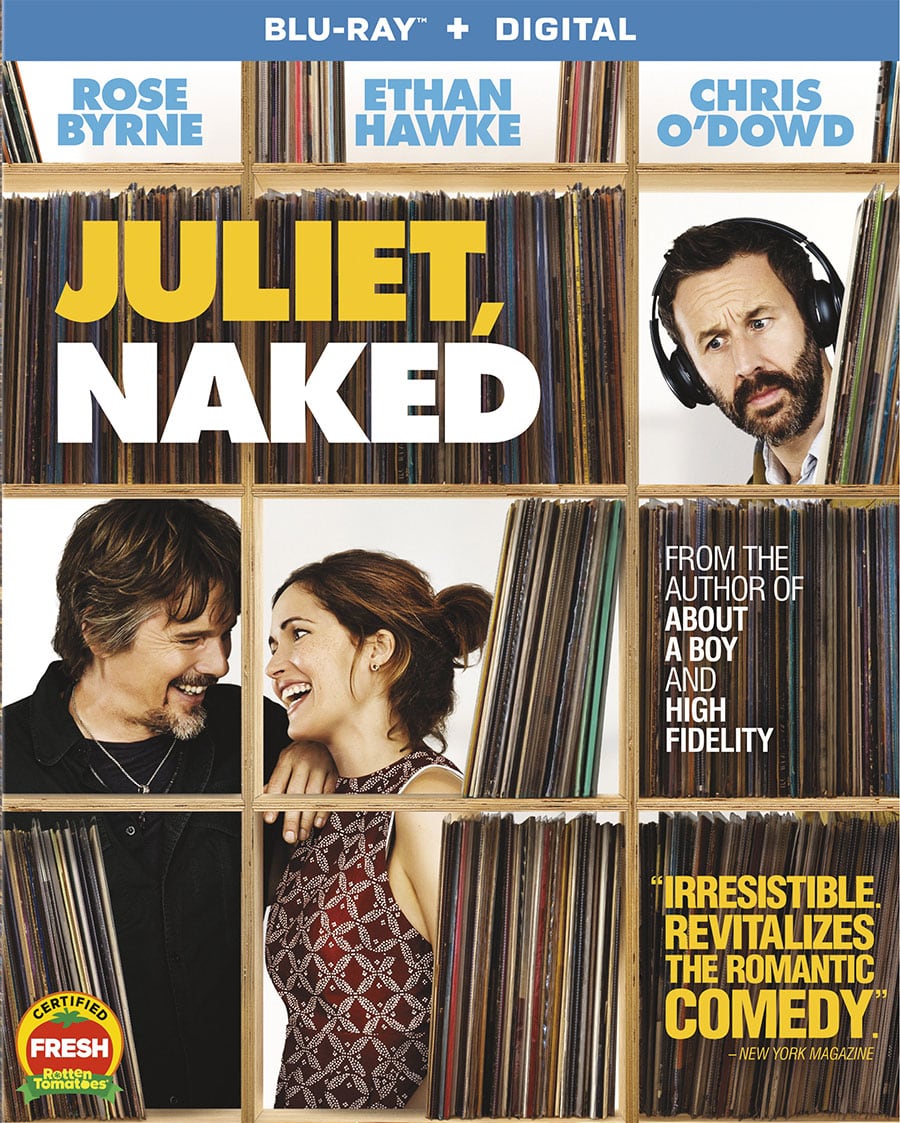 Juliet, Naked is a cute romantic comedy that is based on the book of the same name. I had no idea this movie existed but gave it a shot. I was happy that I did.

The movie centers around Annie (Rose Byrne) who is stuck in a long-term relationship with Duncan (Chris O’Dowd). While they two get along fine, it almost feels like he’s in another relationship with his obsession, a mysterious American singer/songwriter Tucker Crowe (Ethan Hawke). Duncan has been following this singer for years, runs a website about him and listens to his music in a quiet place and cries. So he’s a bit of a hardcore fan. When Tucker’s unreleased acoustic demo hits, things start to happen for all 3. Annie writes a unfiltered review on some forum about the singer and he happens to reply to her in private. The two hit it off online and the two plan to meet. Ah, that’s all you need to know.

I had no expectations for this movie but ended up really liking it. I like the story of a washed up singer, and having someone being really obsessed with him. I felt like I have seen that before in some movies or TV shows, but can’t remember what. Obviously people will look at High Fidelity since the author of this also wrote this book that this movie is based on. I thought it was funny that the guy who is obsessed with the musician, then his ex-girlfriend starts dating that musician. What makes this movie good is that all three characters are charming and are likable. Each one has their quirks but something about this just works.

Having Chris O’Dowd in this certainly made me want to watch this since I’m a huge IT Crowd fan. He brought a lot of the humor but it a lot of it was unintentional. I found myself laughing the most when he finally meets Tucker Crowe, but he didn’t realize it was really him. I like Rose Byrne in a lot of her roles and this one I thought she did a great job with. Ethan Hawke is another actor that made this character into his own. Another character I enjoyed that wasn’t a person at all but a location. The British seaside town was so charming and made me want to visit there. Of course, having London at the end made me want to book a flight over there right now.

The end credits was really funny to me as well because he’s just a tad bitter about how things went down with meeting his idol and the fact that he’s now with his ex-girlfriend. I thought that was a realistic scene when Duncan meets Tucker, although doesn’t happen to some people. You meet your idol or celebrity and they aren’t how you pictured them. They don’t seem appreciative that you’re a fan and I’m pretty sure that does happen to some people. For the bands that I listen to and have met, most of them are super nice but sometimes there is someone who just acts like an asshole. Getting back to the movie though, I think people who don’t usually like romantic comedies might like something like Juliet, Naked more than others. Just seems, more realistic in some things and it isn’t shoving the mushy-mushy stuff down your throat.

The Blu-Ray has a making of featurette that is pretty standard. The cast and crew talk about the story, their characters, shooting on location in England and things like that. I didn’t realize that Jesse Peretz was in the Lemonheads so it makes sense he directed this. I guess he directed Idiot Brother, some Girls episodes and couple other movies that I haven’t seen. I’m sure he has a few relatable things he put into the movie that wasn’t in the book. All in all, it’s almost 10 minutes long and has some decent interviews so check it out if you like the movie.

The movie was enjoyable and wasn’t too sappy. There were some laugh out loud moments, mostly involving Chris O’Dowd. The main 3 cast members were all likable, and that’s sort of rare in a romantic comedy. I could have done without the sappy Tucker Crowe music throughout the movie but nonetheless, I recommend people checking this one out if you like Judd Apatow-styled romantic comedy movies. 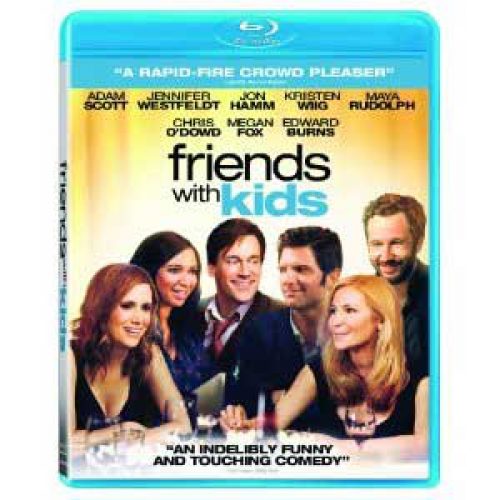