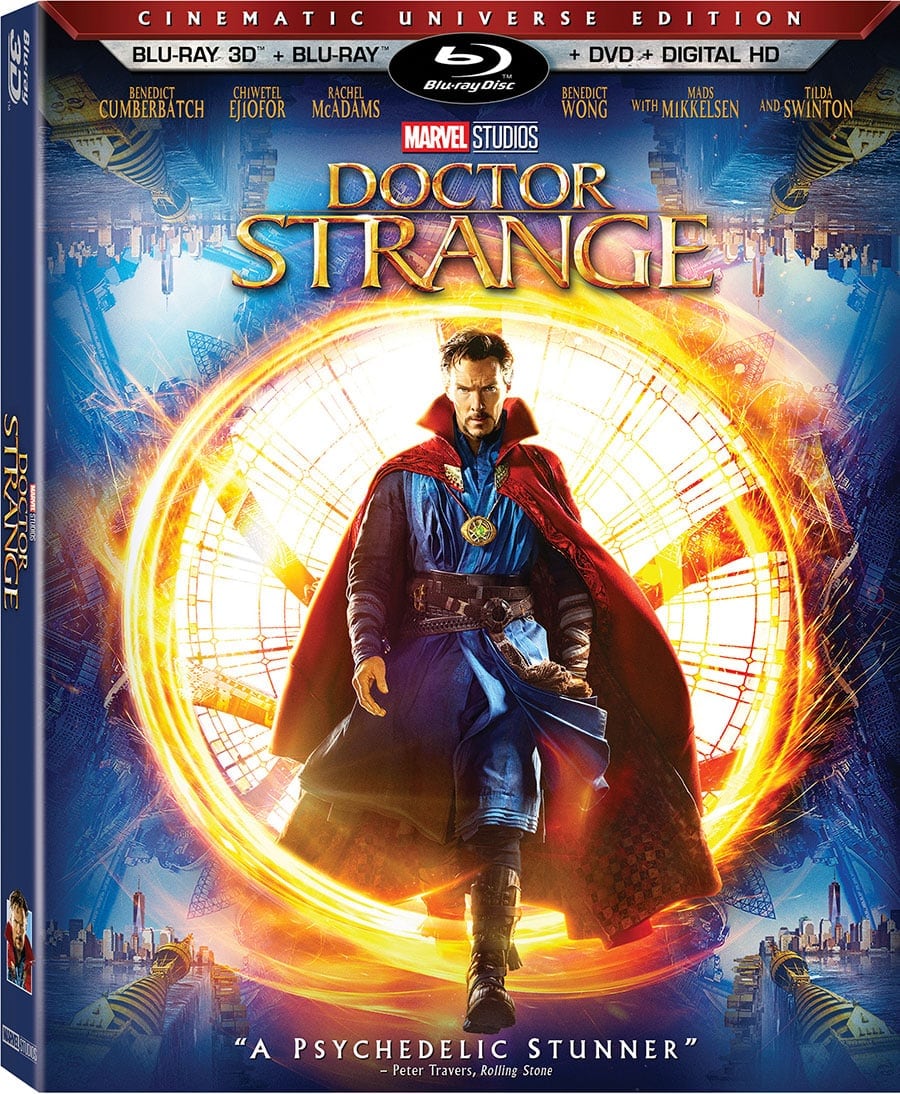 The latest Marvel movie is quite different from the pack. It’s like a mixture of Harry Potter, Inception and ya know, that whole Marvel comic book it’s based on. If you thought Doctor Strange couldn’t be brought to the big screen, well think again!

The movie is about Doctor Stephen Strange (Benedict Cumberbatch), a brilliant but arrogant neurosurgeon. His life changes forever when his hands become useless after an awful car accident. He travels to the Kamar-Taj in search of a cure but ends up becoming a pupil of the mystical arts instead. He’s taken in by another sorcerer Mordo (Chiwetel Ejiofor), and taught the ways of the Ancient One (Tilda Swinton). The Ancient One, Doctor Strange and Mordo take on Kaecilius (Mads Mikkelsen), a former student of The Ancient One who is hell bent on destroying them and everybody’s reality.

I never read or collected Doctor Strange comics so I didn’t know what to expect when I saw the movie in the theaters. After seeing it, I was happy because I originally feared it might not be as good as other Marvel movies have been. Doctor Strange has opened up the universe to the mystic arts like Guardians of the Galaxy did for space and sci-fi. Thankfully, the movie was done really well and had an excellent cast. The special effects were amazing as well and it honestly made you feel like you were on some weird acid trip.

Benedict Cumberbatch was great as Strange, channeling his Dr. House with a magical cape. After seeing him in the role, can’t see anyone else portraying him. I’m really looking forward to seeing how he will interact with Thor if he appears in the next movie for that. You got to think he’s going to be in Avengers: Infinity War as well so wonder who he will bond/butt heads with. He seems like he would be a Tony Stark kind of guy, just on the way he acts. As far as other actors, Chiwetel Ejiofor pulled off the character really well and made him likable. He had to play it as he was a hero this movie, and by the end of it, he changes. I just think that transformation, especially in the end credits, happened too quickly. I know some people were pissed that Tilda Swinton played The Ancient One, but whatever. I didn’t have a problem with it.

I was surprised by how funny this one was. I guess they have to have some comical moments in it but they came out of nowhere. The wifi password one, the cape going into his face, Wong listening to Beyonce scene…little things like that that made the movie really fun. The special effects were outstanding and this is one of those movies where they had to be great. At times, the movie felt like a moving M.C. Escher piece. My Dad would have liked to have seen this one I bet just because of all of that. That first time he’s “woken” with the arts, was really trippy but done so well. I’m really curious to see where they take this character and how he will turn up for the other Marvel movies.

The Blu-Ray features a string of featurettes on the making of the movie, a quick featurette about the phase 3 of Marvel movies, Team Thor: Part 2 comedy sketch, deleted scenes, a gag reel and more. The making of stuff equals to about an hour of material, which you gives you a look into all aspects of the filmmaking process. The gag reel was pretty good, like most of those things are. The deleted scenes featured some extra quips by Strange, a scene where he meets the guy at the New York Sanctum before he’s killed. There were also some scenes with Kaecilius, which added some more depth to his character. Honestly, some of those scenes should have been in the final cut. The Team Thor: Part 2 comedy thing was funny, where it’s Thor rooming with some ordinary guy. It plays off like something in the Office but it’s still funny. Not sure where Part 1 is but I want to track that down now.

Doctor Strange ended up being a nice surprise and a highly entertaining movie. It’s not my favorite Marvel movie but definitely like it better than others. Benedict Cumberbatch brings the character to life and can’t see anyone else portraying him. Give this one a shot if you haven’t seen it yet.