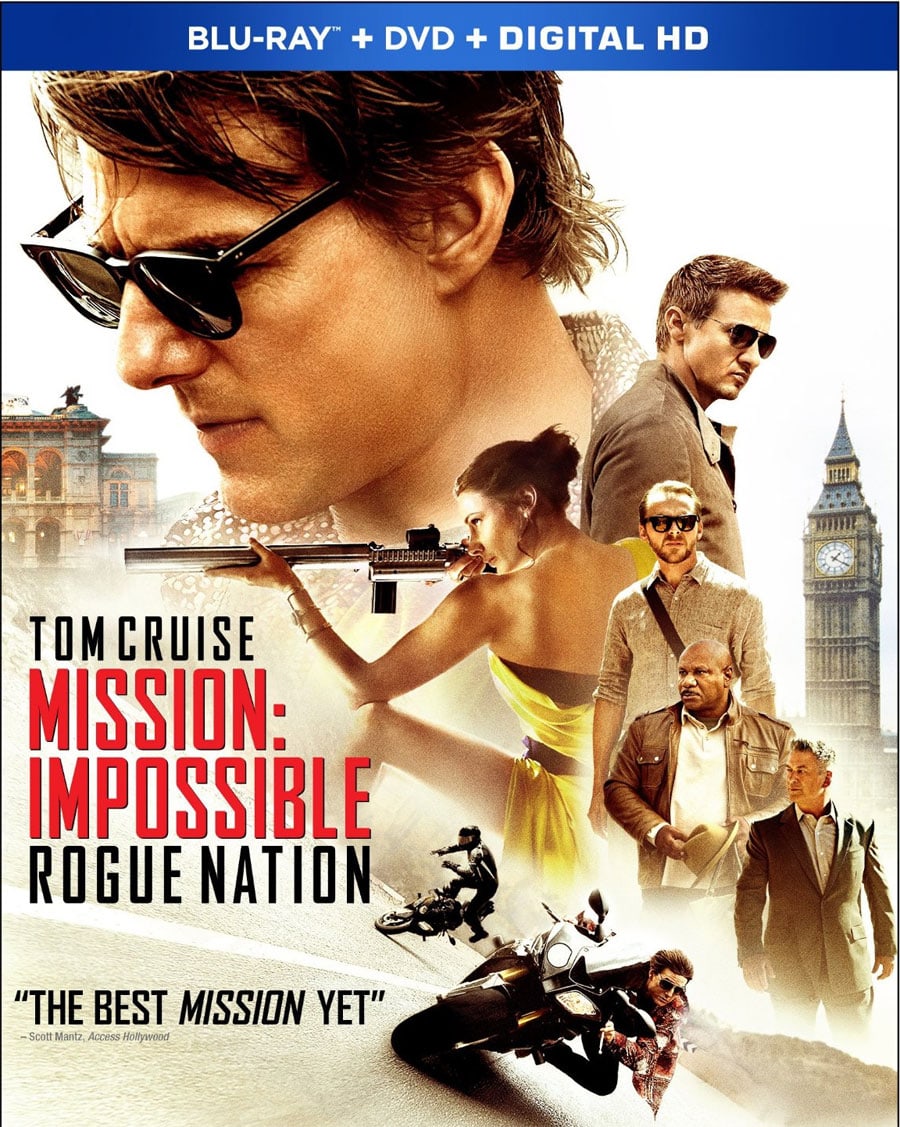 Mission Impossible: Rogue Nation, the latest in the series, is one intense roller coaster of action and adventure. Tom Cruise is back as IMF agent Ethan Hunt. Yes, he’s still crazy too for one upping his stunts in each film. Hanging on the outside of a jumbo military aircraft is his most recent stunt. Starting to think Tom Cruise does these films just to get what one considers an “Extreme Action Adventure Holiday.”


Nevertheless, while you try to catch your breath from scene to scene, the IMF agency is under a real threat, an anti-IMF. Out to destroy all the agents for IMF, Ethan Hunt must go off the grid to root it’s evil and try and stop them from completing THEIR mission.

Alec Baldwin joins the franchise as CIA Director Alan Hunley, who is out to shut down the IMF for its reckless behavior. Meanwhile, an evil syndicate is out to take down the IMF and all of the agents. Ethan Hunt is on to them but must do so quietly and undercover of what already is an undercover job. Even his friends get pulled in unknowingly, in fear they will be taken in by the CIA, the senate committee trying to shut down the IMF, or killed by the Syndicate.

Just like other Mission Impossible films, the action proves to be the star along with Cruise. It’s just relentless for the majority of the film, with small breaks for story development. As previously mentioned, the stunts get more severe and out of control than ever, including the plane stunt. The previous film had Cruise hanging off the tallest building in the world out in Dubai, and Cruise just loves every minute of this stuff. Most of the extras deal with most of the action set ups in the film like the aforementioned plane stunt, and the impressive car and bike chase scenes. Or maybe the entire film was just all stunts?

With the Mission Impossible series, you know what you are in for, similar to the James Bond franchise, which had somewhat similar story-line. Mission Impossible series were never known for simplistic story-lines and can be hard to follow at times but the action, the extreme locales, adventures, the stunts and star power make this a must watch and the series just keeps getting better and better.