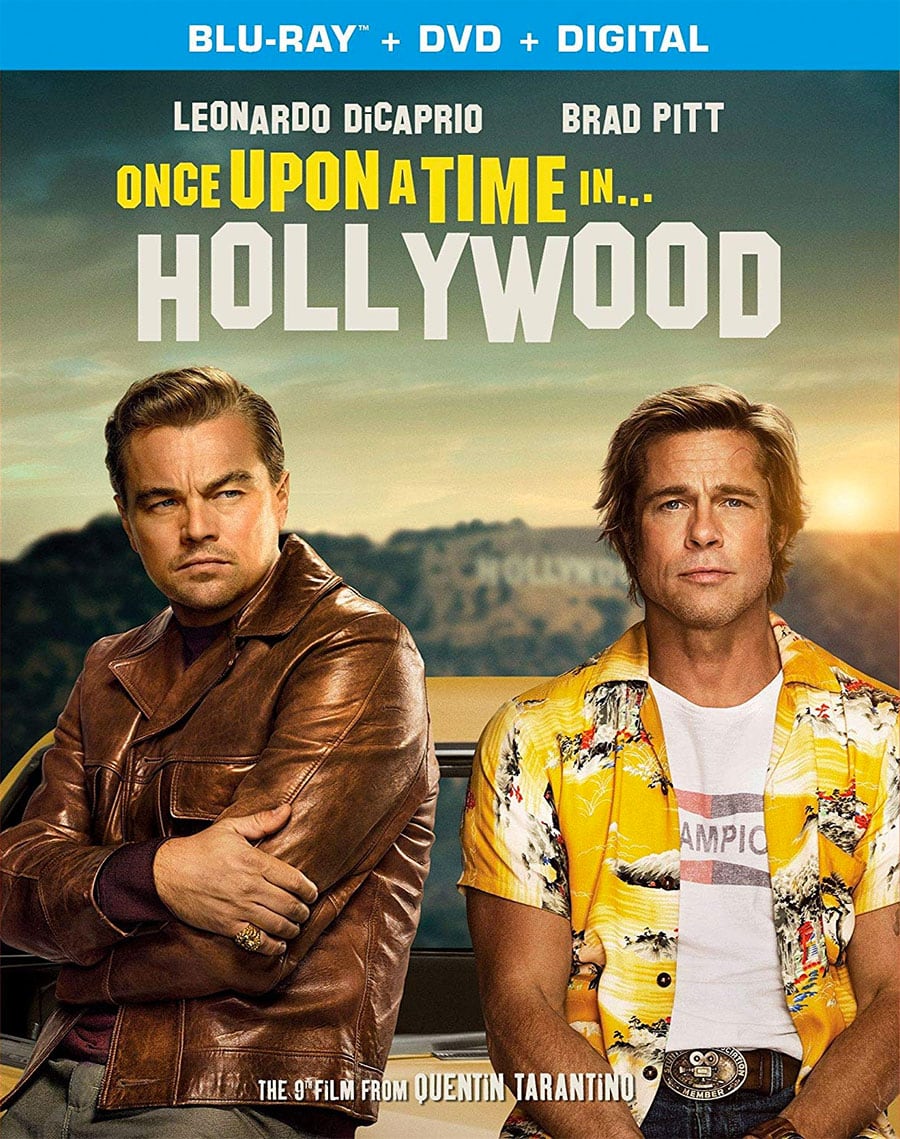 The latest Quentin Taratino movie should please a lot of Quentin and “cinema” fans. It’s got a large ensemble cast, great performances from DiCaprio and Pitt, shot really well, excellent 60s soundtrack but unfortunately I had a lot of issues with the movie.

Once Upon A Time In Hollywood takes place in 1969 LA and follows around actor Rick Dalton (Leonardo DiCaprio) and his stunt double Cliff Booth (Brad Pitt) as they make their way through Hollywood as the city and industry is changing. Meanwhile, Sharon Tate (Margot Robbie) and her husband Roman Polanski (Rafał Zawierucha) move next door and Rick dreams of meeting them to restore his stature in Hollywood.

Going into this, people were declaring this was a masterpiece and such n such, so maybe I put too much expectations on that. The trailers got me excited for the movie but when it comes to QT movies, I’m about 50/50 with liking them. The more recent QT movies: I liked Kill Bill Vol. 1 and 2 a lot and enjoyed Inglourious Basterds until the bizarre ending. Didn’t like Django at all and didn’t see Hateful Eight yet. So not sure where this one ends up for me. Probably after Inglorious but not far off.

I liked the movie but felt it was all over the place storywise. It was a bit too long and took a good hour for it to get going. The performances of Pitt and DiCaprio were great though. Margot Robbie was good too, well when she was utilized. She was definitely underused, as well as some other actors who were just cameos. At least Damon Herriman got a few more speaking lines as Manson on Netflix’s Mindhunter. Leo and Brad had a lot of awesome scenes together and work well together. In fact, I think I like Brad Pitt’s character more and wish we just focused on him honestly. All the stuff I did like involved Cliff Booth. There were some Leo scenes I enjoyed as well, the flamethrower scene and the trailer meltdown being the other.

I just couldn’t get behind the notion that this was some grand masterpiece from Quentin when it felt all over the place. One minute we’re focusing on one character, then another, then there’s some random narration from Kurt Russell, then it’s Sharon Tate watching a movie of herself, and then some random 60s commercial for a movie or product. There’s also some scene in the future where Brad Pitt’s wig is noticeably showing and didn’t know if that was intentional or not. I was waiting for some big grand merger of characters but never really happened, like in previous Quentin movies.

On that wild, crazy ending, you’re expecting one thing and in usual Quentin fashion, he changes things around. He does this fairytale fantasy version of what really happened, just to make his own movie have an ending. I didn’t like the ending for Inglorious and same goes with this movie. I was just waiting for some Clue type of narration saying, well “that’s how it could have happened” but that never came. I enjoyed watching the ending that Quentin gave us, I laughed because of how graphic it was but at the same, it pissed me off because it’s just some fantasy thing in his head. I kind of wish he just made this about Charles Manson, the family and what happened with Sharon Tate and the rest of the people in that house. If he really wanted to have the movie be focused on Rick and Cliff and how they interact with Hollywood, make like it Forrest Gump in a way. Have them being there without altering history. I think that’s the biggest thing I hate about this, how he keeps altering what really happened. What his last movie going to be, a movie about Jesus, starring Dwane Johnson where he fights back? “Nail This! *gunfire*”

The Blu-Ray special features has additional scenes, and a bunch of small featurettes on Taratino’s love letter to Hollywood, the cars, the fashion and cinematographer Bob Richardson. The additional scenes had a few more scenes of Charles Manson in it, but like with a lot of things in the movie, felt out of place. There wasn’t much in terms of something that made me want it added back into the movie. I liked the other featurettes, although they were only 5-9 minutes long. While watching the movie, I was wondering how long it took them to transform the current Hollywood into something from 1969. You get to see some of that in the featurettes.

Once Upon A Time in Hollywood was a bit disappointing to me. I’m definitely in the minority here with that thinking. I thought it took too long to get going and the ending, while it was entertaining, kind of annoyed me because it’s not what happened. Quentin keeps doing these alternate reality versions of history and maybe I just don’t get it, but it throws me off. I did enjoy lots of little pieces of the movie, the performances of the actors and of course loved the soundtrack. That’s one thing Tarantino never gets wrong, is the soundtrack. It made me want to rent a convertible, drive around California and blast some oldies out of the window. Just because a movie is close to 3 hours long and shot well doesn’t make it a masterpiece. The story was a mess. Perhaps I need to see this again but I was expecting something better.

Features:
Additional Scenes
Quentin Tarantino’s Love Letter to Hollywood
Bob Richardson – For the Love of Film
Shop Talk – The Cars of 1969
Restoring Hollywood
The Fashion of 1969

Watch The Trailer for Martin Scorsese’s The Irishman