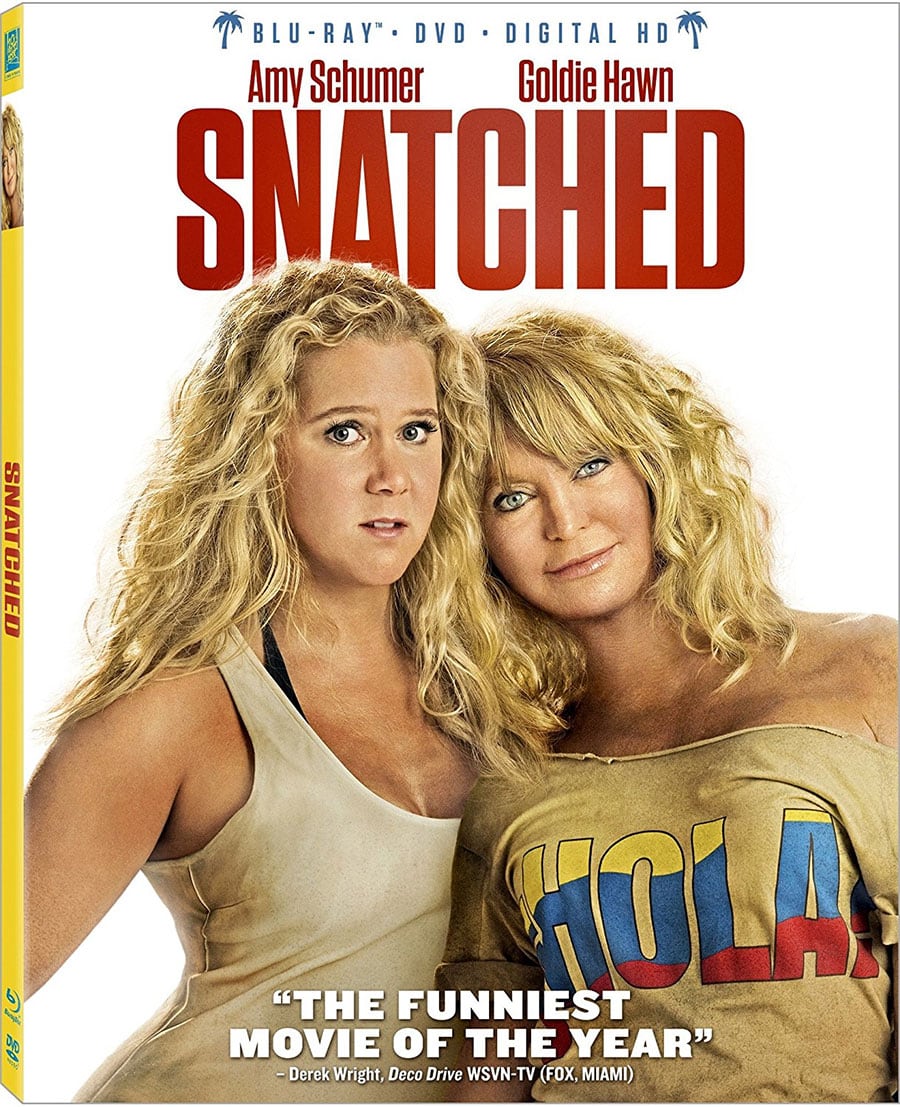 Snatched is the latest Amy Schumer movie and one of the first movies for Goldie Hawn in a long ass time (15 years!?). While I enjoyed Snatched for the most part, the comedy doesn’t really offer up anything new.

The movie is about Emily (Amy Schumer), who was recently fired from her job and dumped by her boyfriend. She still wants to go on her non-refundable vacation to Ecuador and has to figure out who to bring, so she brings her Mom, Linda (Goldie Hawn). Emily meets a charming British guy named James (Tom Bateman), and they develop a sort of relationship. While driving in his jeep, Emily and Linda are kidnapped while he escapes. They are taken captive, eventually escape and have to work there to safety with their captors on their tail.

I had no expectations with this movie and enjoyed it for the most part and laughed at times. Still, it could have been a little bit better. It’s just not the greatest thing in the world but it’s something to put on during a boring weekend. Amy Schumer hasn’t been in too many movies but already feel like she’s getting pigeonholed in the roles that she does. It was good to see Goldie Hawn back in movies. I thought the people with the best lines and scenes were the supporting cast like Ike Barinholtz, Wanda Sykes, Joan Cusack, Bashir Salahuddin, Christopher Meloni and Randall Park. The whole story was kind of meh with the getting kidnapping part. Guess the movie wouldn’t have been called Snatched then huh? Should have just been a movie about getting to spend time with your mother in a foreign country and make something out of that.

The Blu-Ray offers up some deleted scenes, extended/alternate scenes, a gag reel, and audio commentary with the director. The gag reel was of course funny, what gag reel isn’t? The deleted scenes were okay as well as the extended/alternate scenes. I didn’t listen to the commentary yet. There’s also a digital HD code included which is pretty standard these days, but some movies don’t come with it so thought I should mention that.

Snatched doesn’t offer up anything new in the comedy genre but there are some decent laughs. I’d say watch this on a rainy Sunday when there’s nothing on TV.