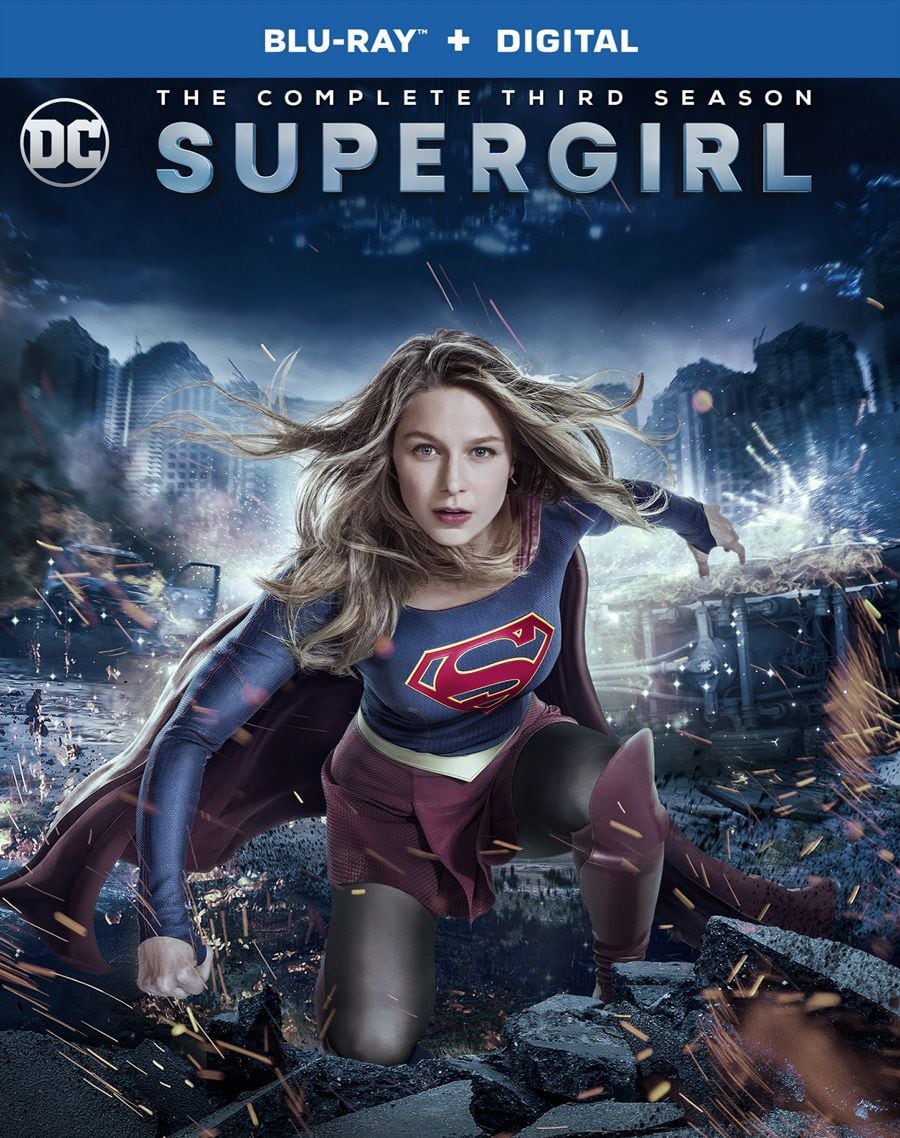 The Girl of Steel is back for a third season on the CW and this time the world may break!

After dealing with her loss and sacrifices made in the second season, season three follows Kara Danvers as she tries to cope with the loss of Mon-El, juggling her alter ego with her superhero duties and a whole new world-breaking threat that is looming on the horizon.

While the second season of “Supergirl” was strong at times but lost direction a few times, season three is strong throughout and is easily the best season so far. What made this season so strong was the focus on the humanity of the characters. Kara has to deal with the loss of possibly sending Mon-El off to die and then finding out that he is alive, spent seven years in the future and is now married to Saturn Girl while Alex and Maggie struggle with what exactly it is that they want in their relationship moving forward. Meanwhile J’onn discovers that his father is still alive and a prisoner on Mars. Lena and Jimmy struggle with personal issues as well as if they can and should fall in love with each other.

Also introduced in season three is Samantha and Ruby Arias (Odette Annable & Emma Tremblay) who both play important parts throughout the season. Samantha struggles with her split personality of Reign the World Killer while Ruby gives Alex a glimpse into what motherhood might look like for her.

Supergirl faced off against quite a few villains from her past in season three but none are quite as much of the threat as the big bad for the season in Reign. Introducing her human side in Samantha and having her befriend just about everyone on team Supergirl knowing that she is also a maniacal killer and Kryptonian fanatic helped the tension to mount until the inevitable showdown between the dark side and light side of Krypton. I do feel that the conclusion to the Reign story arc dragged on slightly longer than it should have with the introduction of the Krytonian witches and a repetition of the battle in the other dimension but overall it was a satisfying conclusion that made time travel much more exciting and interesting as it has been on “The Flash”.

One of my absolute favorite things from season three of “Supergirl” was the introduction of the Legion of Super-Heroes. The Legion is basically the Justice League of the 31st century and, taking heavy cues from the comics of the 90s…the Legion is back in the past to recruit Supergirl in the fight against the Blight, a scourge that has wiped out most of the population of the universe in the future. By helping her defeat the World Killers, they can save the future together.

With the Legion of Super-Heroes a part of season three, the leader of the Legion Mon-El is back from the future and this brings all kinds of baggage to the surface for Kara. I did enjoy the character development of Mon-El from spoiled royal frat boy to tried and true leader and hero. While it was a sudden shift on the show, he did spend seven years in the future fighting against insurmountable odds for a world that wasn’t his. That’ll change a person for sure.

There was a lot to like about season three of “Supergirl”. Episodes like “Far From the Tree”, where J’onn discovers that his father is alive and they have a heartwarming reunion or “Midvale”, a Nancy Drew-esque young detective story that shows the Danvers girls at odds with each other until a bonding moment brings them together, really epitomize the theme of the person and not the mask/cape aspects of the season.

There was still a lot of action and adventure over the course of the third season as well as plenty of villains of the week but seeing someone as seemingly invincible as Supergirl being brought to her knees by loss and a broken heart all the while struggling with her “human” side and the continual existence of Kara Danvers was reminiscent of a less-gritty version of Frank Miller’s “Born Again” Daredevil story arc. And ending the season off with what looks like a “Red Son”-inspired storyline for season 4 has me all kinds of excited.

With most of the other “Arrowverse” shows on the CW fluctuating between cringe-worthy and unoriginal one moment to fun and creative the next, “Supergirl” has managed to get better with each ongoing season. While all of the other shows have some kind of team aspect going on, most of them are usually either at each other’s throats or just plain boring and badly written into the point of oblivion, “Supergirl” not only has its own team but they all feel more like family without being forced into that role. That aspect is what carries the show. No matter what alien threat, lunatic supervillain or emotional rollercoaster any of the team is going through, they’ve always got each other’s back. Without the in-fighting and flip-flop of characters’ personality, the actual story can shine through and you can just enjoy the ride. Season three of “Supergirl” has been one of, if not the best on the CW so far.

“Supergirl: The Complete Third Season” was chock full of intense action, had lots of comic references including a few great surprises towards the end of the season and was an emotional rollercoaster at times. Things like the Legion of Superheroes, the World Killers and the ongoing development of the main characters really made this season stand out. There weren’t really any filler episodes and things were paced out over the course of the season so as the viewers didn’t succumb to lead villain overkill. If you can only watch one of the superhero shows on the CW, Supergirl should be your hero of choice!

Bottom Line: Not only are almost all of the lead characters likeable on “Supergirl” but they are down-to-earth believable. The third season of “Supergirl” lets the human side of the characters shine as they deal with grief, loss, love and an entire spectrum of emotions but not so much that the over-the-top comic book tropes and action-packed adventures are bogged down by it. Definitely my favorite overall season of any of the CW shows.
Running Time: 1100 Mins
Rating: Not Rated
Extras Rating:
Overall Rating: