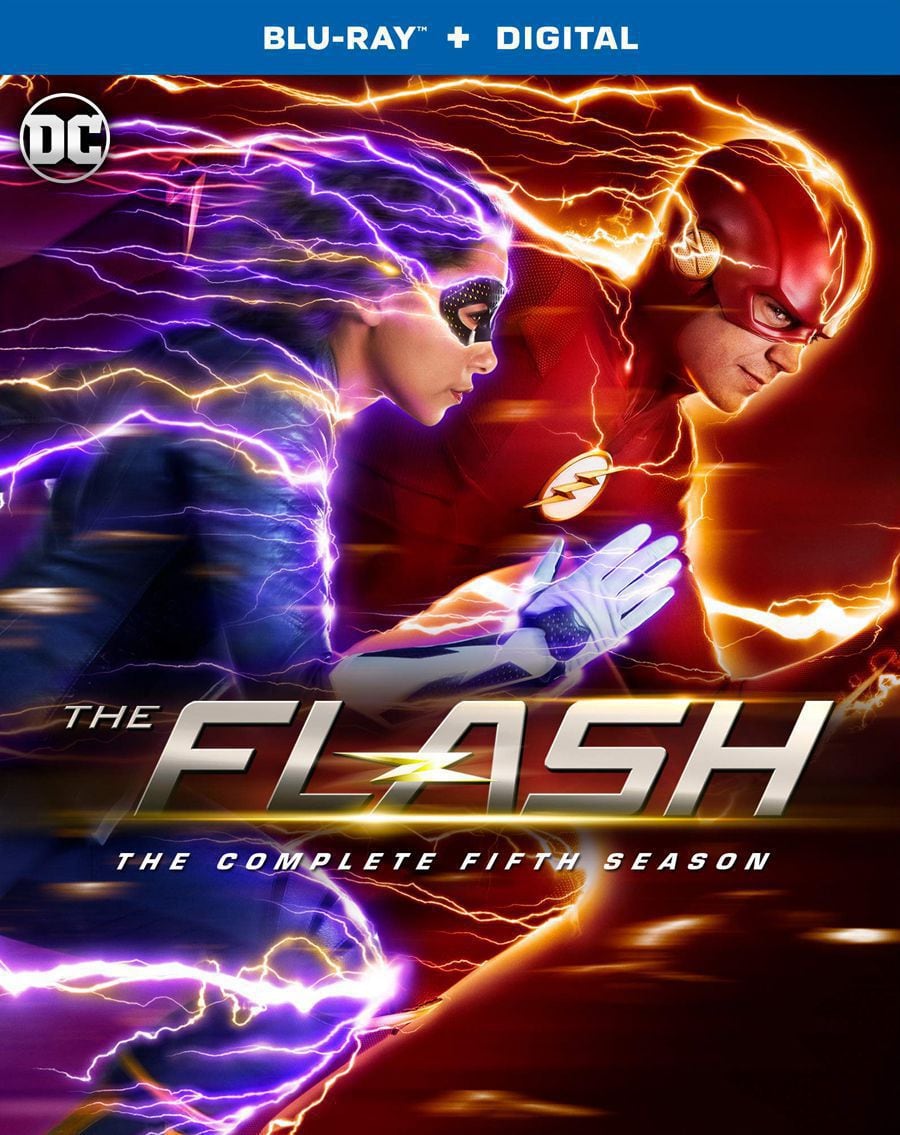 The fifth season of “The Flash” picks up on the cliffhanger from season four when the world is introduced to Nora West-Allen, Barry and Iris’s daughter from the future. She says that she’s here to help but others on Team Flash believe that she has an ulterior motive.

The main focal point of this season is the introduction of Nora and the struggle against a villain named Cicada who is hunting and killing meta-humans for some reason. Continuing with the trend of lazy writing and long, drawn out storylines from last season, both of these plot points; being uninteresting from the start, play out over the course of 22 episodes. Episodes that strayed away from the uninteresting main story were my personal favorites. Episodes like “King Shark vs. Gorilla Grodd” and the Elseworlds episodes harken back to the early seasons of the show where there was more of an episodic/comic book feel to it.

As I mentioned earlier, the overarching storyline for season 5 was Nora West-Allen AKA XS travelling to the past to spend time with her dad and to help defeat Cicada. In a show that at one point was talking about the drastic ramifications of time travel and screwing up the timeline, now there is specifically a member of Barry’s family from the future stuck in the past helping with missions as casual as can be. Much like in “Avengers: Endgame” and since time travel isn’t real, I suppose you can just make up any rules for it that totally contradict everything from your previous story history.

For those of you that thought that DaVoe was a filler D-list villain from the last season, wait until you feast your eyes on Cicada! Having been injured by a piece of dark matter during the Enlightenment, this version of Cicada takes zero inspiration from the cultist comic book version of the same name. Now Cicada is out to murder all meta-humans because his evil dark matter blade, which gives him his own meta-human powers, because a satellite fell from the sky and put his niece into a coma. What’s even more exciting about Cicada is that the original is eventually killed later in the season by the future version of his niece that was in a coma and she becomes Cicada II. Neato!

Outside of the Cicada plot which quickly has the bottom drop out, I did enjoy the discovery that Nora was sent here by Reverse-Flash in what seems to be a true act of kindness and desperation but eventually is revealed to be another one of his twisted evil plots against the Flash. While any part that Tom Cavanagh plays is great and fun to watch, he is at his evilest best when playing the Reverse-Flash/Eobard Thawne. He as a foil to the Flash early on in the series is what made the first couple of seasons easily the best so far. This was definitely one of the highlights of the last half of season 5.

Unfortunately, while most of the other CW shows fluctuate between a good season, an OK season or a not-so-good season, “The Flash” has been on a downward slope since its third season. It’s hard to put my finger on exactly what has been so wrong with the show outside of poor and lazy writing. I really like most of the actors and personalities of the members of Team Flash but the stories are usually uninteresting, repetitive and drawn out. For the most part, the characters just aren’t fun anymore. For a character from the DC comics library who is full of fun and teaming with energy, the CW version of the Flash is full of drama, an overabundance of sadness and is downright depressing most of the time. Maybe if those involved with the writing direction of the show would pick up some actual Flash comics and rewatch the first couple of the show on Netflix, they can put two and two together to pull this show away from the brink. But alas, season 6 will most likely consist of 20+ episodes of Team Flash going toe-to-toe with Colonel Computron for the fate of a stick of gum!

Bottom Line: The fifth season of “The Flash” feels almost like a carbon copy of the fourth season. The go-to agenda for this season was a nearly 22 part story someone from the future who shouldn’t be messing with the past who does nothing but mess with the past and a D-list Flash villain who has no similarities to his comic book counterpart and comes off as cosplay Bane with a fake gruff voice that comes off even worse than Christian Bale’s Batman voice.