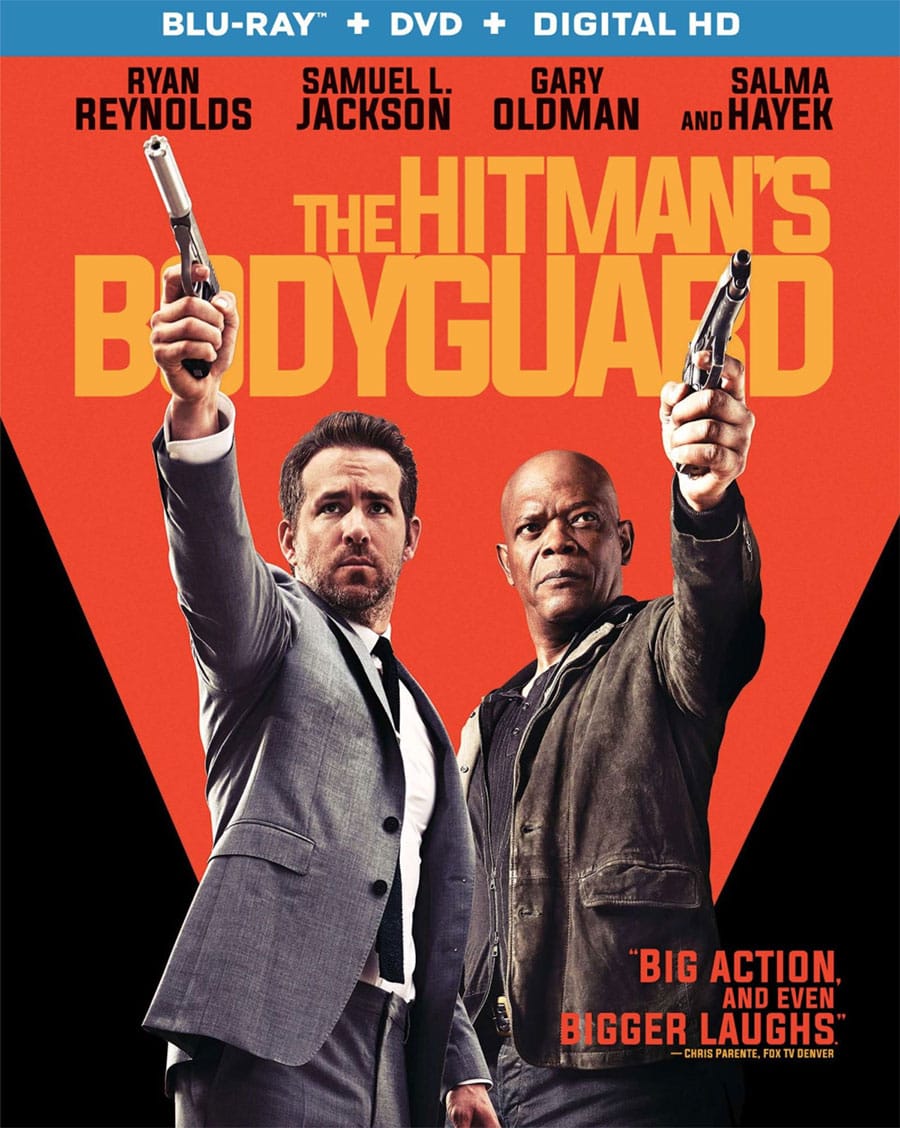 The latest Ryan Reynolds movie that isn’t Deadpool is The Hitman’s Bodyguard. It’s fun, has a good cast and is an entertaining action comedy.

The movie is about Michael Bryce (Ryan Reynolds), an elite bodyguard who’s fallen from grace from a job gone wrong. On the other spectrum, Darius Kincaid (Samuel L Jackson) is one of the most famous and dangerous hitmen in the world. He’s willing to testify against Vladislav Dukhovich (Gary Oldman), the ruthless dictator of Belarus in exchange to free his wife (Salma Hayek) from prison. Stuff happens and Bryce and Kincaid are forced to work together, even though they are pretty close to killing each other.

I wanted to see this movie in theaters but just never got around to it. If it’s not Star Wars or Marvel, chances are I’m not going to see it until video. The movie is fun, and I laughed several times at some of the jokes or moments. Of course it’s not the most perfect movie but one of the better Ryan Reynolds movies not called Deadpool. The chemistry between Reynolds and Jackson is surprisingly good and I could definitely watch another movie between those two characters cursing at each other. If they were going to do another movie, I’d like to see more of Salma Hayek because it was fun to see her being quite vulgar for a change.

The action was good and I liked that they filmed in London and Amsterdam. Although, there were a few scenes where it was filmed in front of a green screen and it was really obvious. No idea why they did that when they were at these locations. One scene that stands out was when Michael Bryce gave up from having to deal with Kincaid and having a drink. Events are folding behind him but can’t think of why they decided to film that with a green screen. Thankfully there wasn’t too many scenes like that kind of take you out of the movie because it was filmed in front of a green screen.

The Blu-Ray contains a bunch of extras like outtakes and deleted scenes, some featurettes and director’s commentary. Obviously the outtakes were the highlight because between the two leads, I’d expect a lot of cracking up and messing up going on. The other featurettes were sort of generic and your typical kind of behind the scenes and interviews.

The Hitman’s Bodyguard isn’t the best movie in the world but it’s at least entertaining thanks to Ryan Reynolds and Samuel L. Jackson’s funny banter. It’s the kind of movie I’d watch a bunch of times though and I wouldn’t mind a sequel if that’s in the cards.