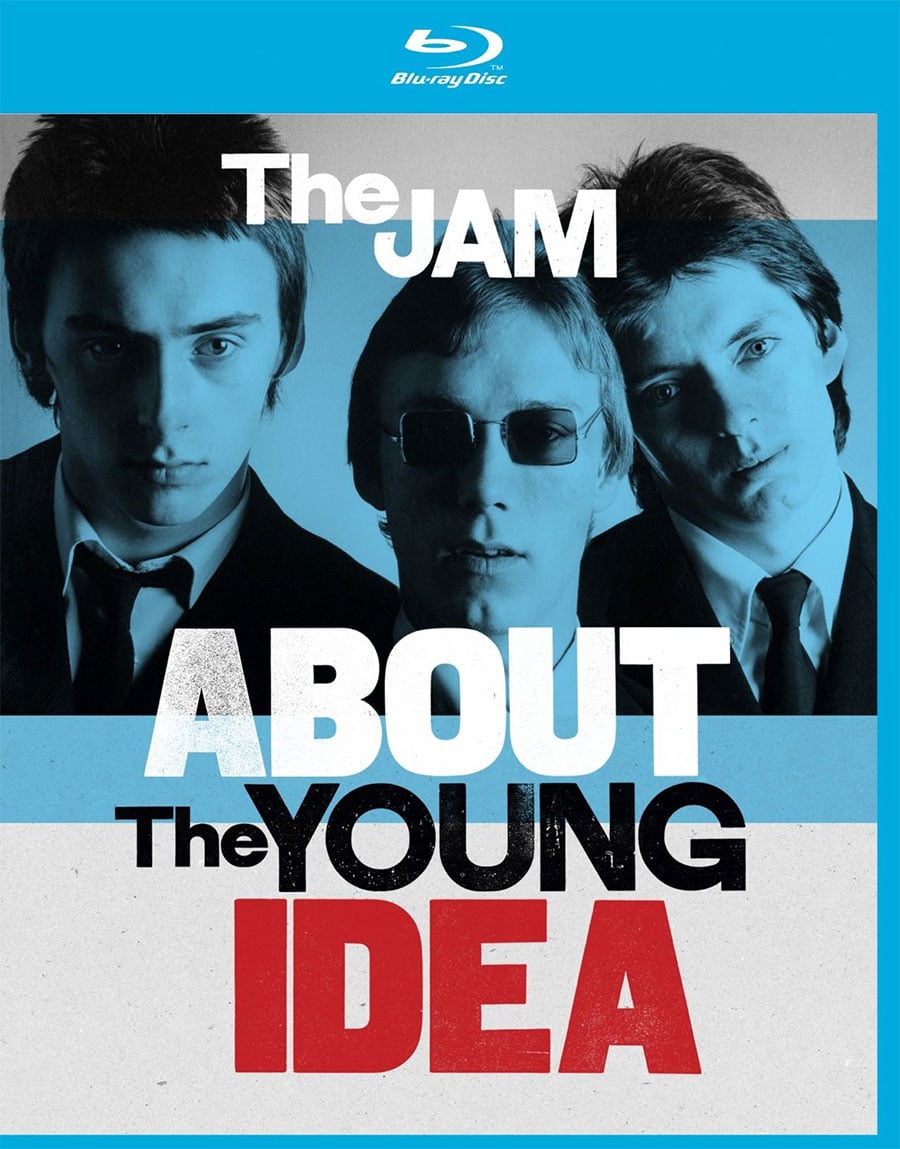 I can’t get enough of music documentaries, especially when it’s for a band I like. If you’re a fan of music docs and of course The Jam, you don’t want to skip this one.

About The Young Idea is the story of UK Mod band The Jam, who played together for 10 years before breaking up in 1982. The band consisted of Paul Weller, Bruce Foxton and Rick Buckler. The early years saw other people in the band but quickly The Jam became a three piece band. Inspired by punk rock, but the Jam were so much more than safety pins and three chords. They were a pop band and wore slim suits and skinny ties. They had many hits like “In The City,” “That’s Entertainment,” “Going Underground” and “A Town Called Malice.” The documentary has extensive interviews with the three members, as well as journalists, fans, and then actors like Martin Freeman (Sherlock, The Hobbit trilogy).

I never listened to The Jam in the 80s and only just got into the band about a decade ago. I did listen to “A Town Called Malice” earlier than that since I recognized it from National Lampoon’s European Vacation but I didn’t listen to anything extensive until early 2000s. Not sure why I never listened to them but it was probably just not exposed to them until later on. Since then, I’ve become a big fan. I loved watching the documentary because I didn’t know all the details about the band. The way the documentary was shot, it was interested to get all perspectives of the band ranging from the band members all the way down to just normal fans. Some guys still dress up in the mod fashion and then there are younger kids continuing on the style as well. I was surprised to see Martin Freeman in the documentary a lot. Never knew he was such a big fan of the band.

I haven’t seen the new version of the band From The Jam featuring Bruce because I just feel it’s not the complete band. I wouldn’t mind checking them out but something just doesn’t feel right about it. I haven’t really gotten into Paul Weller’s solo stuff all that much either. It’s something about the music of the Jam that I like. The aggressive early works to the pop stuff. Just so many good songs! It’s kind of hilarious Paul Weller’s response to the notion of the Jam getting back together. I believe it was something like “absolutely, categorically, fucking no.”

The Blu-Ray contains the documentary, some extras like footage from The Rainbow in London and The Ritz in NYC and some deleted segments from the documentary. What’s even cooler is a full previously unreleased performance of the Jam from Rockpalast in 1980 on DVD. It’s a full 22 set too including songs like “Thick as Thieves,” “Going Underground,” “Private Hell,” “When You’re Young,” “In The City” and “Eton Rifles.” Having the documentary is one thing but to have that DVD included as well is awesome!

Some of you may have seen this on Showtime but it’s worth owning if you want a DVD from Rockpalast as well. The documentary is interesting for both Jam fans and music fans alike. Check it out!