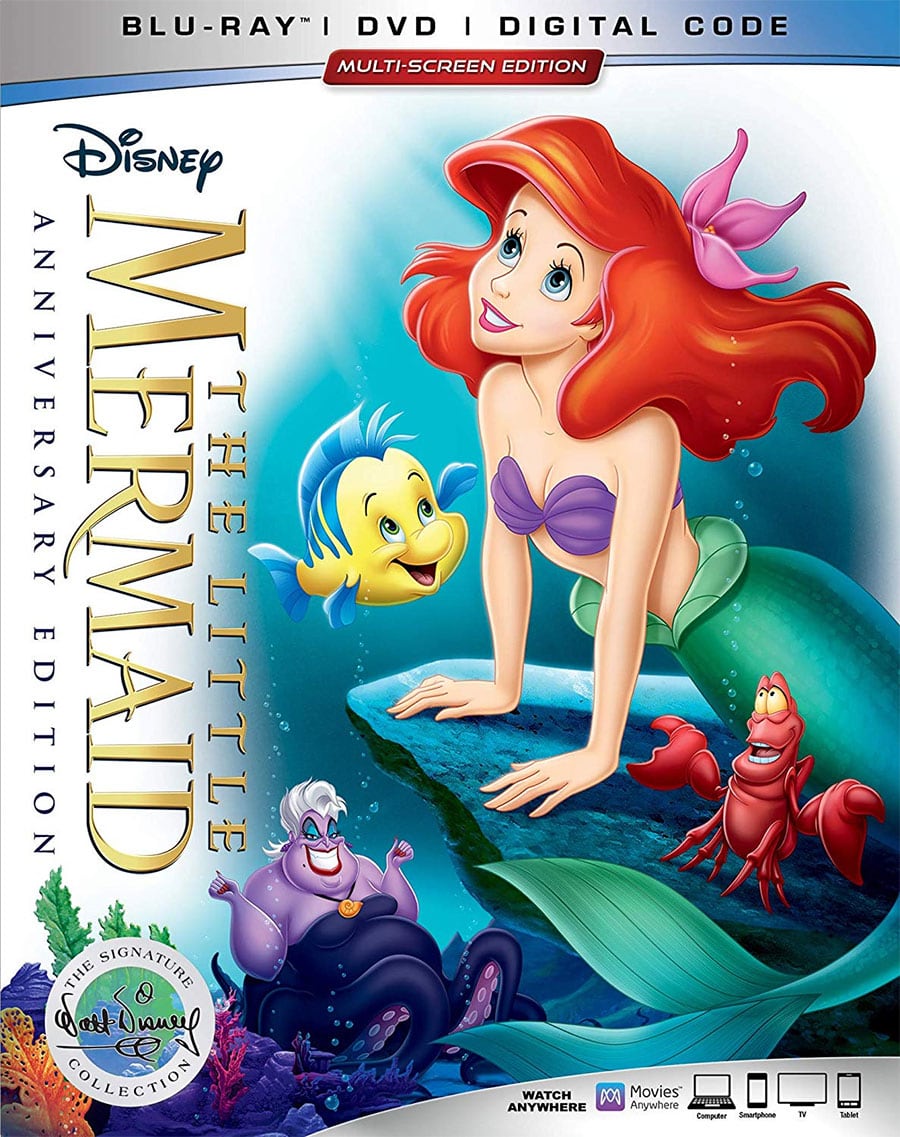 You should all know the plot of the story by now so no need to go into that. I actually watched some of the Little Mermaid a few months ago, showing my 3 year old son on DVD. He seemed more interested in watching the movie this time around than last time. He was dancing around to “Under The Sea,” which is also my favorite part of the movie. The movie seems a lot slower to me than when I was younger. I never really liked most of the songs since they were too slow with the exception of Sebastian singing Under The Sea. There are some things that I didn’t pick up as a kid, but now pick up as an adult like Ariel’s father being discriminatory towards humans and not wanting her to fall in love with one. Something that’s obviously still an issue today, well not with humans wanting to fall in love with mermaids but you know what I mean.

Watching the film from DVD to Blu-Ray is quite the upgrade, but still feels like it could have been cleaned up more. I didn’t get sent the 4k version but I’d imagine it looks really nice on there. Not sure what else they could do with the picture to clear it up since it’s hand-drawn animation but for a movie from 1989, it’s pretty damn good. Disney offers up a new transfer up the movie, and didn’t re-use the old Blu-Ray transfer the last time the movie was out for sale. Since I didn’t see that version on Blu-Ray, can’t tell you what the difference is.

The extras include new featurettes Alan Menken and the Leading Ladies, What I Want, What I Want From You Is…Your Voice, Stories From Walt’s Office: Gadgets and Gizmos. Plus there’s other featurettes that you probably seen on DVDs before. Composer Alan Menken talks with the leading ladies of various Disney movies about their characters, singing & acting styles and stuff like that. There’s another interesting extra about Walt Disney and his collection of things he collected over the years. A lot of them were miniatures figurines and statues. There’s one or two more extras that are new but a lot of stuff you might have seen already.

Little Mermaid hasn’t looked better on home video and now’s the time to get the latest thing that will probably be obsolete in 5-10 years. The movie isn’t one of my favorites but I’m sure others will disagree with me. I always liked “Under The Sea” the best, the rest of the songs I didn’t like as much. The movie is still a great Disney flick though and with it being re-released, now a new generation of girls and boys can enjoy it in High-definition 4k, Blu-Ray, and digital too!

Bottom Line: Still one of the better Disney animated classics but not one of my favorites
Running Time: 83 mins
Rating: PG
Extras Rating:
Overall Rating: